Brazil native Luis Sanches has traveled to Mexico, Russia, Australia, the UK, and the US. His global career brought many challenges, but the rewards were countless. 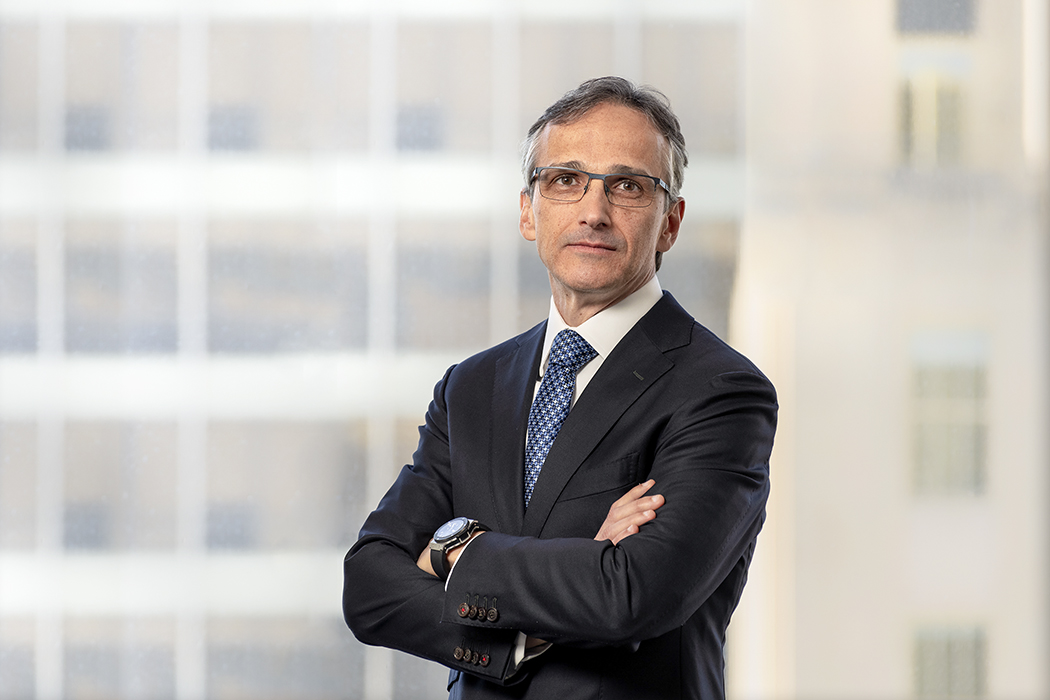 “I’ve been fortunate to have a life and career that has led me to be exposed to many nationalities, languages, and cultures. I grew up only speaking Portuguese, but now my pool of friends is made of people from all parts of the globe,” Luis Sanches says. “It has taught me that if we are able to understand our similarities, we can get the most out of all of our qualities.”

Sanches grew up in Brazil in a small town outside of Sao Paulo. A natural athlete, he showed great promise as a soccer player—he even played semi-pro before college. Because Brazilian universities are not as compatible with athletics as American schools, Sanches ultimately decided to prioritize his studies. However, he attributes both his work ethic and leadership foundation to his years of swimming and playing basketball and soccer.

Soon, though, Sanches found a passion to rival his love of the game. In fact, his passion for math and science is what drove him to pursue a degree in engineering at the Federal University of Uberlândia. From there, he entered into a training program at British American Tobacco (BAT) and ended up staying with the company for more than thirty years.

During his three decades with BAT, Sanches had the opportunity to live in many different countries, and he eagerly absorbed everything they had to offer. Early on in his travels, he discovered the power that languages have to open doors, both personally and professionally.

“I realized that, if I didn’t learn another language, I would have a very tough time. We worked with manufacturers from multiple countries so English was a must,” Sanches explains. “You can generally speak English with most senior managers in big organizations, but if you are able to speak the local language, it breaks lots of barriers in communication and builds a long-lasting relationship and trust.”

In 2002, Sanches had the chance to put this lesson into action when he was offered an opportunity to move to Australia. “Professionally, it was quite exciting,” he says. “There was a plan to consolidate the Australasia footprint in one location, and it was for me a fantastic opportunity to practice my English, further develop my leadership skills, and to apply everything I had learned in the first twelve years of my career.

“Of course,” he adds, “leaving my extended family behind with a twelve-hour time zone difference was not easy for my wife and my kids.”

“I grew up in a small town in Brazil only speaking Portuguese, but now my pool of friends is made of people from all parts of the globe.”

After three years in Australia, Sanches and his family moved back to Brazil. Not a week later, he was asked to move again, this time to the UK. His family took the plunge with him, got their affairs in order, and moved to London, which Sanches used as a base for additional business traveling.

“Sometimes when you are asked to move to another country, it could because that is the most strategic time zone,” he notes, “allowing you to effectively and efficiently work with the countries under your accountability and responsibility. Or the new location will host the knowledge and expertise you need for your future development, or it is where you could drive the biggest business impact—or a combination of all.

“The better you understand the scope of your job and the professional and personal implications of it, the better you’ll be prepared for the next role and how it will fit into your overall career plan,” he continues. “Be wise in your choices, as they will have a short- and long-term impact in your life. Welcome the challenges and embrace change.”

After England, Sanches returned to Brazil for three years working in Research & Development (R&D) and Manufacturing; then he moved to Mexico, Canada, UK, Russia, the UK again, and finally to the USA. Throughout his travels and international assignments, Sanches gained a global business, economical, and social perspective that he wishes more executives had access to—a perspective that can only be obtained by truly immersing oneself in the depths of the culture of another country and not merely visiting or reading about it.

“The best way that you can expand your ability to see how people actually are is to live close to them—to eat the same food as they eat, go to places they go, and go through the same challenges that they see during their day-to-day lives,” Sanches says. “Fortunately, we are seeing that diversity and inclusion is becoming a core priority in so many enterprises. But the truth is, a sustainable diverse and inclusive culture that transforms the workplace and the society around us can be mostly and foremostly built if we understand and personally experience that we are better, smarter, and stronger together.”

In 2019, Sanches moved to the US to work as senior vice president of R&D for Reynolds American Inc., which had recently been acquired by BAT. It became the final stop on his incredible journey: Sanches recently decided to retire in the US to stay near family members who had settled there.

Looking back at his long and varied career, Sanches emphasizes the gratitude and admiration he has for his wife and three daughters, who not only supported him through all moves around the globe but also embraced those experiences and became “ambassadors of inclusion” in their own right.

“As a Latino, family is front and center in our priorities. My wife was a key pillar in my career—without her support, I would never have succeeded,” Sanches says. “She gave me the inspiration, the motivation, and the means to progress throughout my international [career].”

Touch is an innovation agency with global reach. We creatively build on consumer and business insight to deliver sustainable and future-proofed brand and business growth. We’re specialists in structural pack design, product delivery, and strategy. Sustainability is at the heart of our offer, and it’s continuing to grow. Today, 90 percent of the work we do is focused on helping brands become more sustainable. Website: touchdesign.com Email: intouch@touchdesign.com