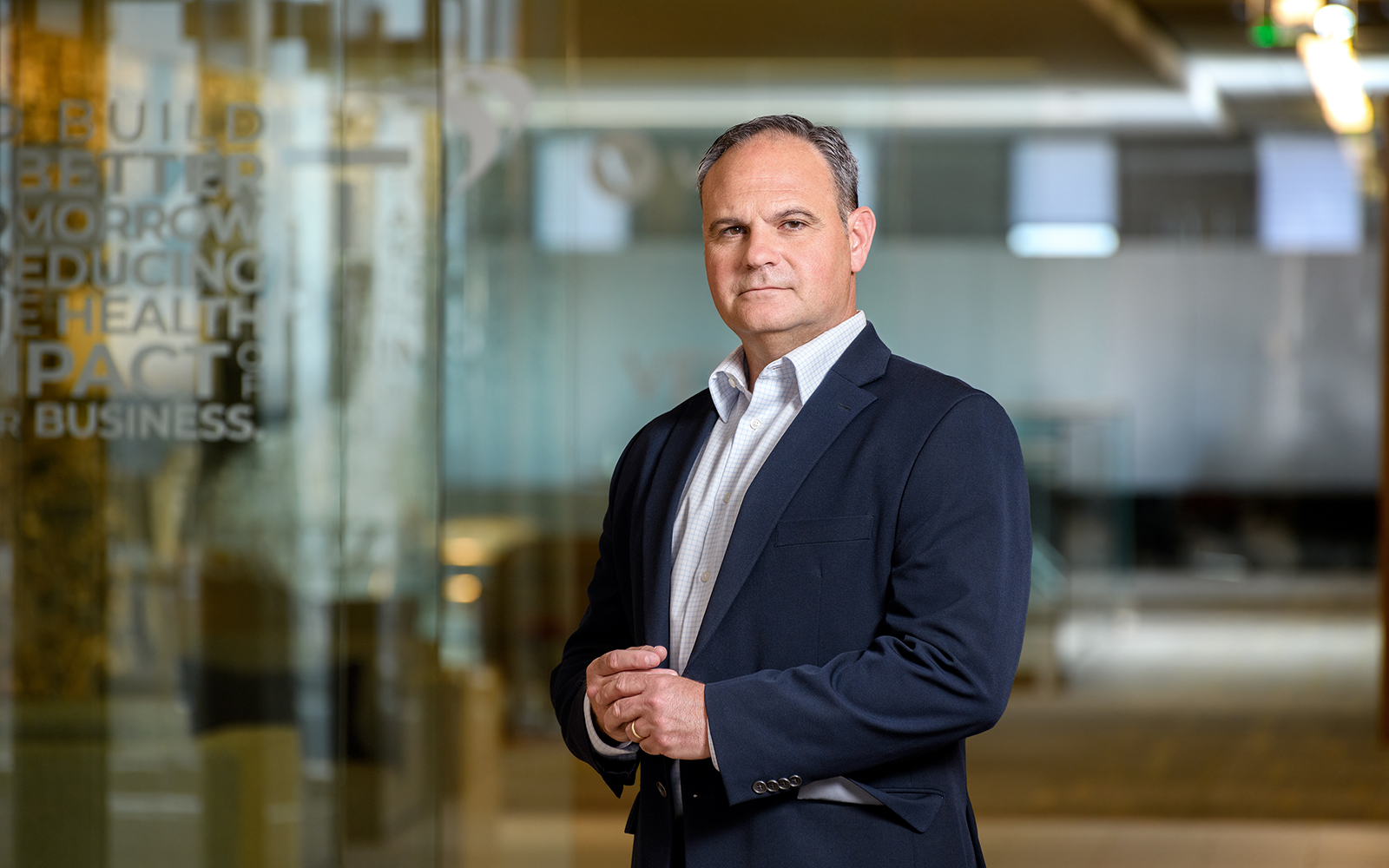 Javier Suarez’s favorite motivational touchpoint is a speech given by Teddy Roosevelt over 110 years ago at the Sorbonne’s Grand Amphitheater at the University of Paris. His “Citizenship in a Republic” speech has long been remembered by another name, “The Man in the Arena” speech. The most excerpted portion of that speech is as follows:

“It is not the critic who counts; not the man who points out how the strong man stumbles or where the doer of deeds could have done them better. The credit belongs to the man who is actually in the arena…who, at the best, knows, in the end, the triumph of high achievement, and at the worst, if he fails, at least fails while daring greatly.”

When making the decision to join Reynolds American (a subsidiary of British American Tobacco (BAT), the second-largest tobacco company in the United States, Roosevelt’s words seemed all the more meaningful to the VP of Tax. “This is a company that moved forward with a more consumer-centric model, with a commitment to delivering a potentially reduced-risk future, with a focus on science-based alternatives to combustible cigarettes,” he says. “We are also expanding our commitment to environmental, social, and governance (ESG) investing and diversity in a way that I immediately connected with and that aligned with my personal values.”

Since coming to Reynolds American, Suarez has been helping the company that was already a four-time winner of Fortune’s “Best Workplaces” cement that reputation. Suarez brings over twenty years of public accounting and corporate tax experience, but his most important education seems to have occurred much earlier in life.

Suarez grew up with a Cuban-born father who worked two jobs for the bulk of his youth. After the Castro regime assumed control of the country, his father was forced to flee to his family’s home in Spain. “They lost everything and came to the US to start over,” Suarez says. “The most important thing my father taught me was that they can take everything away from you, but they can never take your knowledge.”

Suarez said he benefited from significant mentorship (especially from his father), which helped the young man think strategically and ambitiously. He built powerful skill sets in post-merger integrations, mergers and acquisitions (M&A), international tax, transfer pricing, and several other areas.

More important was the VP’s unwillingness to work inside silos. “It’s always been important to me to work collaboratively across an organization, to create networks, and the ability to influence to get things done,” he says. Those soft and hard skills earned Suarez the nickname “the Fireman” in a previous role: he was always called in to handle emergencies, a true performer in a pinch.

At Reynolds, Suarez has helped the tax team standardize its SAP platform across the globe and create digital business service groups with locations in the US and all over the world. As Suarez jokes, “The sun never sets on operations.”

Along with the standardized global platform, continued M&A activity, and working to create a more flexible and agile organization, Suarez says it is also imperative for his people to be effectively embedded throughout the rest of the company.

“We’re a highly-regulated industry that includes a lot of tax at every level of our organization,” the VP says. “As a department, we must ensure that we are a trusted business advisor by aligning tax with business goals to drive strategic value while increasing transparency and improving the efficiency of tax operations.”

Most important, Suarez says, is helping Reynolds American move forward on its commitment to delivering ‘A Better Tomorrow.’ Suarez says he’s proud to be part of an organization committed to leading from the front when it comes to ESG, diversity, and creating a transformational culture.

“You can see that commitment to diversity and inclusivity here immediately,” Suarez says. “Our corporate goal of delivering ‘A Better Tomorrow’ has multiple focuses, but it unites this organization and acts as a spearhead for us to move into the future. Culture is everything, and I think that’s absolutely on display here at Reynolds.”

Along with its research and development toward creating alternatives to traditional combustible smoking—like e-cigarettes and nicotine pouches—Reynolds also announced a partnership with the National Association of Convenience Stores (NACS) in February of 2022 to provide free digital age verification to those attempting to purchase tobacco products. The technology will help ensure that those under twenty-one years of age aren’t obtaining nicotine products.

The company is betting big on safer alternatives to the traditional pack of cigarettes. That’s what motivated Suarez to move to the organization in the first place. Reynolds wants to step outside what it traditionally means to be a tobacco company and create something larger and more sustainable in the process.

“There’s something exciting about being part of a transformation process within an organization,” Suarez says. “We’re building an organization that has already made me very proud. I’m excited for the larger public to see what ‘A Better Tomorrow’ looks like.”

Blank Rome LLP:
“Blank Rome congratulates Javier Suarez on this well-deserved honor and is proud to be an integral part of Reynolds American’s outside tax-legal team. We enjoy working with Javier and his colleagues in developing practical, effective, and efficient legal solutions to complex state and local tax issues.”
-Mitchell A. Newmark, Partner

Javier Saade Has Stepped into Service

Alejandro Medina Has a Global Focus

Ernesto Bautista III Is Not Your Typical CFO