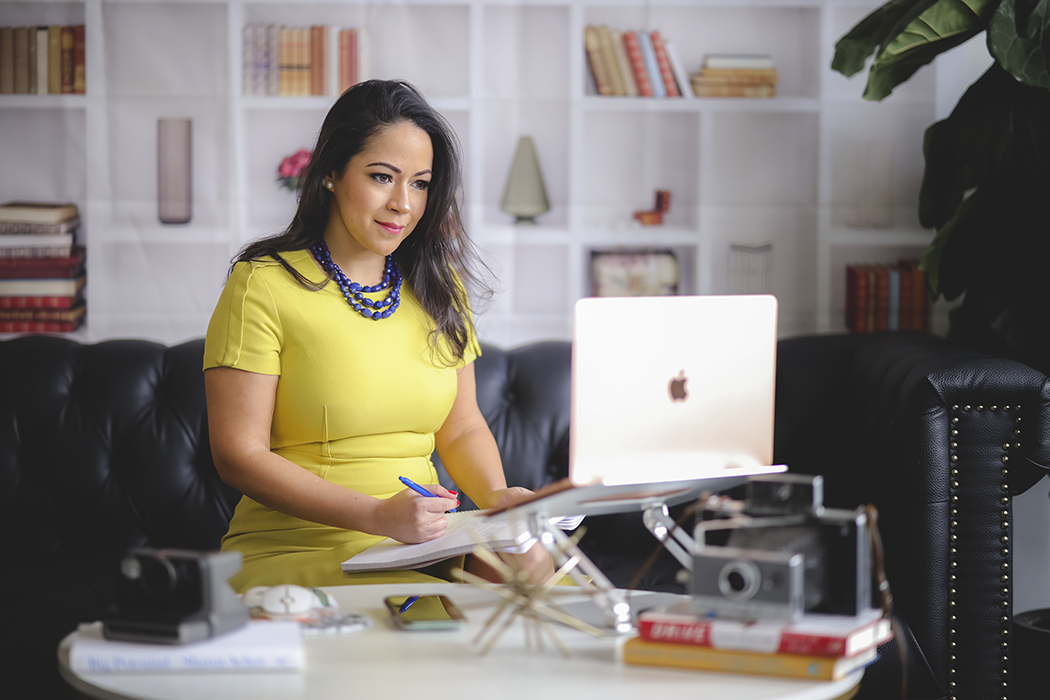 Beauty is often born out of the most terrible of circumstances. That seems to be the case for the Latinista, a community and network of Latina leaders in all different stages of their careers. Yai Vargas founded it in 2012 to combat several problems, including a continuing lack of guidance for professional women, particularly Latinas, and a dearth of Latinas in positions of leadership.

“The Latinista started because I needed support navigating conversations on career transitions, technical skills, salary, articulating my value, and standing up for myself in meetings full of men on Wall Street that were questioning my industry knowledge,” Vargas explains. “A community of Latina professionals focused on career development did not exist.”

Vargas has drawn on the very things she lacked while navigating most of her career to create a community that ensures others won’t have the same experience. The founder of the Latinista has walked away from a dream job because of a lack of diversity and found herself stuck in a role she hated because she had just put down a payment on a house. She once felt like an outsider in the financial sector simply because she chose to wear the color clothes that have long signified her Latina heritage.

Vargas wants the Latinista to foster the conversations that many people tend to avoid, whether because they were raised to be humble and grateful or because they felt alone in their situation. The organization holds regular skill-building, activity-driven sessions designed to help women be comfortable with who they are and grow to where they want to be. Some topics they’ve covered include how to be a confident public speaker, articulating your professional skill set, financial literacy, and negotiating skills.

Vargas’s journey, which has culminated in her mission to build this community, began with a dream job. When she was a child, Vargas’s father would regularly take her to the New York Auto Show. The auto manufacturer she coveted above all others, Mercedes-Benz, had headquarters just twenty minutes away from Vargas’s home in New Jersey. In 2004, during her last year of college, she secured a corporate communications job there.

The job allowed her to learn workplace etiqueete and politics, and she also met her first mentor, from whom she still receives guidance today. But, “I didn’t see any Latinas in managerial positions or in the C-suite,” Vargas remembers. “I also noticed that I was surrounded by people who didn’t understand my culture, my language, and what I valued as an immigrant.”

She advocated for a DE&I role in the company, but was told that Latinos weren’t a significant focus for the company at that time. Given that the company is a Germany-based organization, she explains, DE&I looked very different to this industry in 2005.

There are several stops like this on Vargas’s journey. She acted as the national diversity strategy manager for the US Tennis Association, an industry Vargas says was doing very little to lower its barriers to entry. “My job was to try and sell a sport that diverse communities cannot afford,” Vargas says. “What underserved communities do you see with maintained tennis courts? Who can afford a $150 tennis lesson? It was a difficult story to try and sell.”

The silver lining of the challenges Vargas faced is that they motivated her to build something for a Latina population that must work for nearly twenty-three months to earn what white men earn in twelve.

“Culturally, Latinas are raised to be humble and thankful,” Vargas explains. “We were taught that speaking about money is taboo and wrong. There’s a good chance you’re the first person in your family to graduate and work in corporate America, and I knew there needed to be a place where we could learn to advocate for ourselves. Gratitude? Humility? We need to learn to self-advocate.”

The Latinista has blossomed over the last decade, with a national network and both online and in-person events taking place every month with chapters across the country in NYC, Chicago, Miami, and LA. All of the programming is driven by an incredibly talented group of Latina professionals.

Vargas recently accepted a VP-level position with the Hispanic Association on Corporate Responsibility, whose mission is to advance the inclusion of Hispanics on corporate boards. It’s smart business to include Latinos in decision-making, Vargas says, and she believes the HACR can help support the development of Latino leadership in a multitude of ways.

Vargas’s main focus is to create DE&I programming for the HACR’s member organizations, and she speaks excitedly about the opportunities that her forthcoming work with the organization will create in furthering the mission that has been guiding her since the beginning of her career. “When I started my DE&I journey sixteen years ago, it was about helping organizations gain more market share with the expansion into the Latino communities,” Vargas says. “Now we want to make sure that Latinos are the ones making the decisions and developing and executing on those strategies.”

The numbers tell the story. In the Fortune 500, only 3 percent of corporate directors are Latino. And companies like El Pollo Loco, Del Taco, and Chipotle—which market themselves as part of the Latino community—have exactly zero Latinos on a combined total of twenty-five board seats.

“A company is creating products and we’re buying them, yet they won’t give us an opportunity to build these businesses with them—the same people who are their customers,” Vargas says.

And while Vargas has built her career on increasing equity for Latinos, she’s gotten some volunteer work under her belt as well. She’s spent the last fifteen years as a benefit committee member for the Latino Commision on AIDS; she’s also led an emerging leaders committee for the Financial Women’s Association and an NYC mentor for the New York City Department of Small Business Services.

The majority of her focus, though, remains on helping Latinas find more stability and equity in the workplace through her work with Latinista, and on advocating for including more Latinos in corporate America through HACR. Throughout her career, Vargas has encountered professional environments that left much to be desired—even ones that tried to keep her down. Her response, though, is the important part of the story. She’s picked herself up, dusted herself off, and set out to change things.