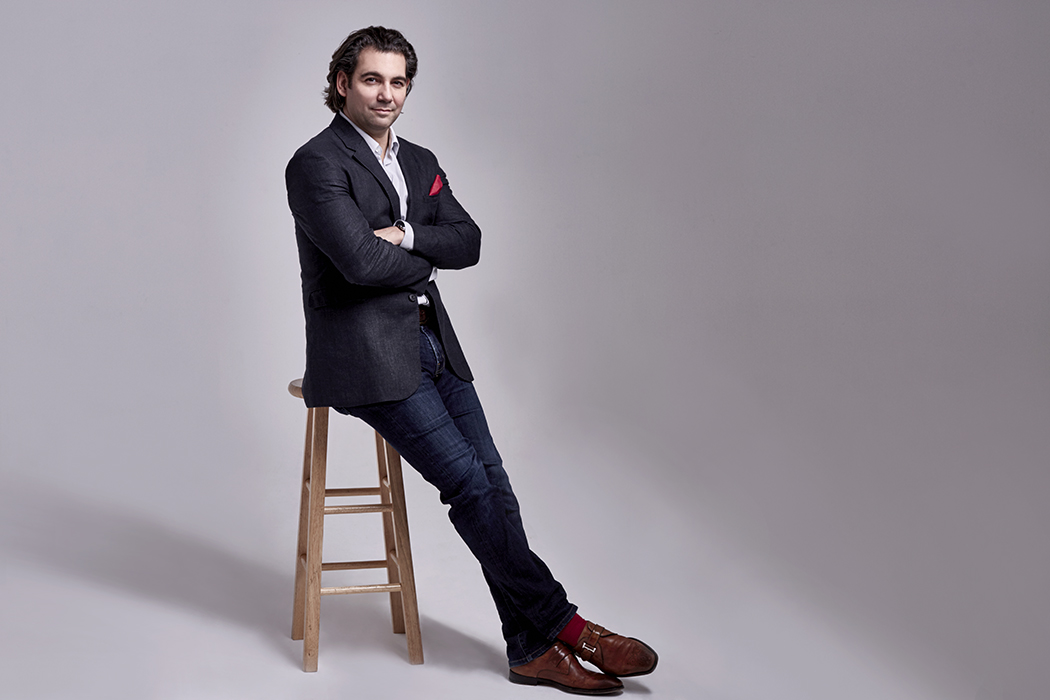 Like most fathers, Steven Wolfe Pereira has experienced many sleepless nights. Although the birth of his son brought joy, it also brought concern. Wolfe Pereira, a Fulbright Scholar and Tufts graduate who completed an executive MBA program at MIT, had spent twenty years working at the highest levels of media, finance, marketing, and technology. He dealt with AI and data. In college, he studied international relations with a focus on developmental economics, including the gaps between the “haves” and “have-nots.” As a Fulbright Scholar in Mexico, he researched the role education plays in income inequality. He knew what his son was about to experience, and he was worried. “He’ll grow up in the age of automation, which can leave Latinos behind,” Wolfe Pereira says. “Today’s kids are diverse, and how the hell are they going to learn what they really need if we don’t put the right tools in their hands?”

The thought set off a series of events that would eventually lead Wolfe Pereira to walk away from his job as chief marketing officer at an AI-driven audience measurement company.

First, Wolfe Pereira became one of the 70.3 million people to watch Sir Ken Robinson’s famous TED talk, “Do Schools Kill Creativity?” He started wondering why consumers have personalization in advertising, commerce, and content but lack similar options in learning. He had already known that more than half of America’s kids are diverse, but then he found out just how underrepresented Latinos are in kids’ media: children are far more likely to learn from a talking animal than a Latino character. Dora from Dora the Explorer was converted from a character named Tess, and a white woman created Doc McStuffins. “Nobody was creating diverse content in a culturally authentic way, and I knew something had to change,” Wolfe Pereira says.

Wolfe Pereira was determined to realize that change, and the death of his parents hardened his resolve. His mother escaped the political turmoil of the Trujillo dictatorship in the Dominican Republic by coming to New York City, where she met Wolfe Pereira’s father, a former merchant marine who had served in WWII. Both had studied art but truly valued education and pushed their son to pursue his own at the highest levels. They worked hard to help Wolfe Pereira chart his own path, and their loss got him thinking about family, life, and legacy. “More than ever, I wanted my son to grow up bilingual, bicultural, and proud,” Wolfe Pereira explains.

After a period of pondering and planning, Wolfe Pereira was ready to get started. In many ways, he was the right person at the right time. He was on the board of the Ad Council. He knew every CMO in the industry. He had worked at the Blackstone Group, traveled the world with Violy & Company, worked for Akamai Technologies, and helped employers attract suitors like Golden Gate Capital and Oracle. He formed a core team with his wife Nuria Santamaria Wolfe, their dear friend Susie Jaramillo, and her husband Carlos Hoyos, who had two young children and whose eyes had also been opened to the lack of diversity in both education and kids entertainment. Together, they started Encantos.

Encantos is a direct-to-creator platform that helps kids learn twenty-first century life skills from the world’s best “storyteachers.” And although its products blend education and entertainment, Wolfe Pereira refuses to call it edutainment. “I hate that word,” he says. “Edutainment is low-quality cartoons with bad content nobody wants. This is storyteaching. It’s the best infusion of education, entertainment, and technology.”

The app hosts a mix of digital and physical products like books, puzzles, games, and more, which work together to bring the company’s original brands—such as Canticos and Skeletitos—to life. As Wolfe Pereira puts it, Encantos leverages advanced technology to deliver experiences that match each child’s specific pace and level.

The fast-growing company is turning heads, but it hasn’t always been easy. When Wolfe Pereira approached publishing companies, most major players told him diverse audiences weren’t worth their time and resources. But like any good tech company, Encantos was able to reverse-engineer and hack the process, becoming its own publisher and pushing out more diverse content than anyone else. “Now, I don’t have to ask anyone’s permission,” Wolfe Pereira says. “When one of our storyteachers has an idea we believe in, we just do it.”

According to Wolfe Pereira, the adventure-based brand Tiny Travelers is his homage to growing up as “a citizen of the world,” with a bilingual/bicultural upbringing and his studies in international relations at university. The brand is designed to help families embrace diversity and celebrate culture around the world. While traditional publishers would have started with “popular” countries like France, Itay, and the USA, Encantos published books on India, Haiti, Lebanon, Nigeria, and Colombia. Wolfe Pereira says he hopes to cover every country on earth.

In March 2020, the company received an unexpected boost as parents and educators pivoted during the COVID-19 pandemic. Since Encantos is a public benefit corporation, each brand champions a social cause and also hosts free online learning hubs loaded with printables, videos, and other quality content. Kids, parents, and teachers were stuck at home, and while they couldn’t travel, they were learning about the world through Tiny Travelers and other Encantos brands.

Today, Encantos is one of the hottest edtech companies around. They’ve struck several key partnerships, including a deal with Nickelodeon, and have attracted top leaders like Chairman Sol Trujillo and big-name investors like Kapor Capital. Encantos’ advisors come from companies like HBO, AMC, Discovery, LinkedIn, Morgan Stanley, Facebook, LEGO, and the NBA. Wolfe Pereira himself also sits on various boards, including the boards of Whalar, the Latino Community Foundation, and SMASH (the Summer Math and Science Honors Academy). Founded by Mitch and Freada Kapor, SMASH immerses underrepresented high school students of color in STEM programs.

In fall 2021, Encantos will officially launch its new app and establish itself as the home for learning twenty-first century skills. “We all have a story to tell, and everyone wants to help kids learn. Now they can,” Wolfe Pereira says. “We built the Encantos app for ourselves, but now it’s open to the world.” As the CEO explains, the Encantos app will have Encantos originals like Canticos, Tiny Travelers, and Skeletitos along with curated content from a select group of storyteachers from around the world.

Wolfe Pereira is excited to see what those storyteachers create. Maybe his son, who is interested in taekwondo, will learn mindfulness by watching videos on martial arts developed by someone in Korea. “I have no idea what users are going to put on our platform,” he says. “But I can’t wait to find out.”

Tony Muñoz Is Making an Impact