Patricia Correa helps move inclusion and diversity forward at Eaton, where her lifelong commitment to equity is on full display 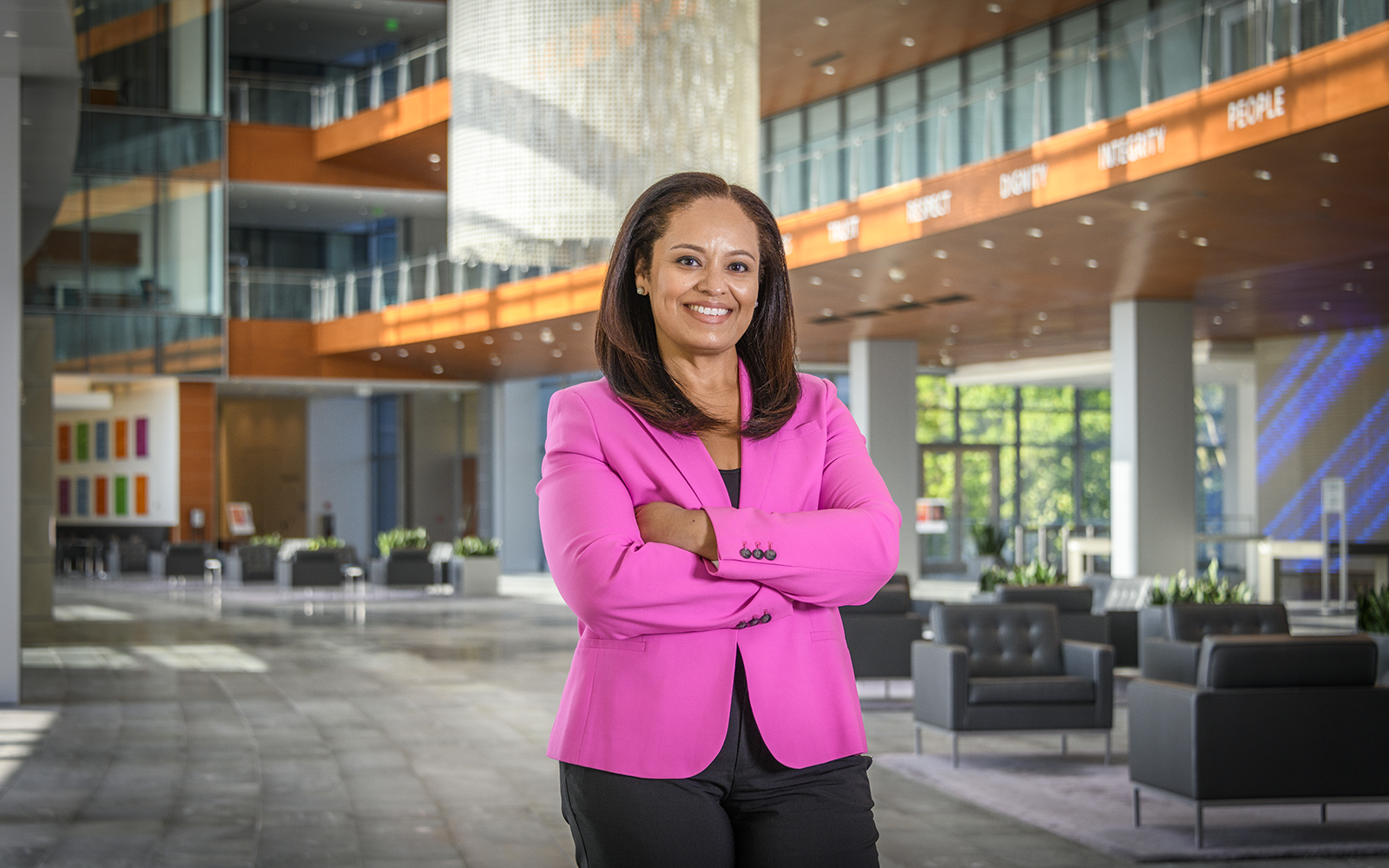 Like so many first-generation Latinas, Patricia Correa doesn’t see her own journey so much as her own but as a part of a larger narrative. Correa’s mother and father both emigrated from Guanajuato, Mexico, in their early teens and raised a family of four on the South Side of Chicago. They supported Correa and her siblings in their pursuit of professional careers, as did many other individuals who reached out to encourage Correa and help her find her path.

Correa’s story may be very familiar to first-generation Americans, but that familiarity should be celebrated. It’s with the same spirit that Correa has helped organizations from PepsiCo to Kellogg’s to Eaton open their doors to new talent—and to continue to find new ways of reaching out to those who are motivated like her but just need support, coaching, and a familiar face to guide them on their own journeys.

A Mission Worth Supporting

“I’ve always wanted to associate myself with an organization where I felt connected to a mission and a vision,” says Correa, who currently serves as senior vice president of human resources for the industrial sector at Eaton. “I’ve been fortunate, but also choiceful, in the organizations that I’ve had the opportunity to join and benefit from.”

Correa’s conversation with Hispanic Executive was perfectly timed with regard to the SVP’s mission at Eaton, as the very morning of speaking, Eaton had published its inaugural Global Inclusion and Diversity Transparency Report. “We’ve made progress and know there is more work to do,” Correa says. “But we know that we have the mechanisms in place to support our path forward.”

Inclusion and diversity, says the SVP, is a top priority at the company. Eaton is committed to being a model of inclusion and diversity and has a wealth of employee resources, including #VAMOS!, an Inclusion Eaton Resource Group whose membership of Latinos, Hispanics, and allies includes nearly a thousand people, as well as inclusion councils and robust learning programs aimed at helping team members build their own inclusion capabilities.

Correa says that Eaton’s DNA makes it an ideal place to build out these efforts. “We have so many incredibly talented and passionate people here. We’re an innovative, technology-driven company where people want to learn how to develop and grow,” she explains. “Learning is happening all around us, every day. It has a profound impact on everything we do. At Eaton, our approach to learning is in our DNA and is guided by our Leadership Model. It’s one of the attributes that makes us a leader in our industry. We’re curious, adaptable, and willing to share and teach what we know.”

The Right Kind of Feedback Loop

Correa is eager to speak about Eaton’s culture, but not particularly comfortable talking about herself. However, she’s conscious that someone, somewhere may connect with her story and find empowerment, hope, and faith in hearing about the diversity and inclusion goals she’s working toward at Eaton.

“As a Latina, [I know that] making an impact is about leading with purpose and courage,” Correa says. “Creating opportunities for others is incredibly important to me. If I can help someone grow and develop, or if my leadership journey can inspire just one person, it’s worth it.”

It’s why the SVP is so adamant about sponsoring talent and making herself a champion and mentor for others. Such efforts, she explains, help create a positive feedback loop of progress and reaching back to help others advance.

“I know this works because it has happened to me throughout my career,” Correa says. “The goal is to find a way to continually repeat this cycle to make sure that others can follow.”

Part of creating that cycle is getting to future leaders earlier in their careers, and the SVP is particularly proud of the partnerships Eaton has built with universities. With Latinos attending secondary institutions in higher numbers than ever, those partnerships allow Eaton to reach out to future talent and assure them there are organizations who take their advancement seriously.

While Correa knows it’s important for young leaders to have mentors with similar backgrounds to them, she also firmly believes that non-Latinos need to step up. “In my own career, I didn’t have a Latina mentoring me,” she notes. “I had an ally who thought I was smart and who thought I could do a lot more. They wanted to help me grow.”

Correa points to #Vamos, for which she acts as an executive champion, as a perfect example of an organization that harnesses its singular power while also including others who align with the group’s mission. “We’re not going to solve this problem all on our own,” she says. “We need more critical mass, and we need the decision-makers who are currently part of that process aligned with us. We can’t just talk to ourselves.”

Correa isn’t blind to the numbers. She can’t afford to be. But she also knows that her organization is firmly committed to changing the current picture. “There are times when you look at the numbers and think we should be so much further along,” the SVP admits. “But I think Eaton is a prime example of a corporate partner that is committed to advancing representation across the board.”

The SVP is hopeful. She has seen just how far one generation can rise with encouragement and support, and she’s hoping to create a million more success stories like hers.

Editor’s note: At the time of press, Patricia Correa was no longer at Eaton.