Michelle DeBella may have already crafted her own role and built a team from scratch at Lyft, but that won’t stop her from pursuing the next challenge that comes her way 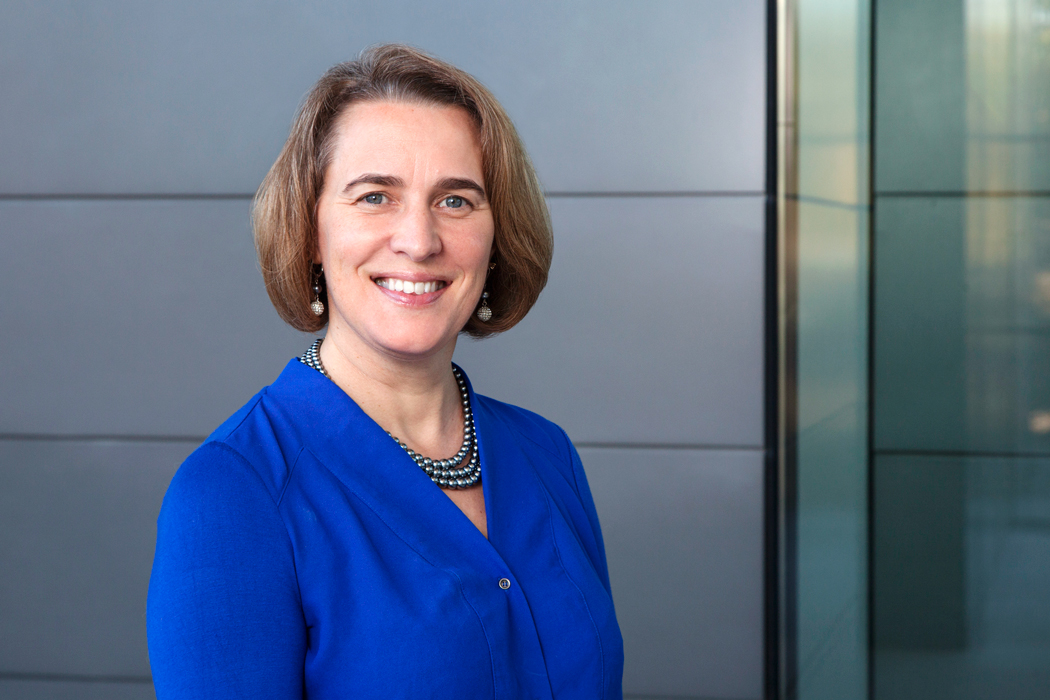 Michelle DeBella loves puzzles. “There’s an odd energy I get from them,” she says of her fondness for brainteasers and jigsaws. But for DeBella, solving puzzles is more than a hobby: she puts that intellectual curiosity to work every day as VP of finance strategy at transportation network company Lyft, and has relied on it throughout her career as motivation to continue seeking out new roles and new challenges.

However, years before she created her current role with the encouragement of Lyft CFO Brian Roberts, DeBella was approaching her career choices from an entirely different perspective. “I grew up very poor, so the big thing was I just never wanted to be in my parents’ position,” she explains.

Her quest for economic security led DeBella to become an accountant. But by the time she left her in-house position at Coram Healthcare to return to a role at leading accounting firm Ernst & Young, DeBella had come to a realization: she drew professional satisfaction from learning, growing, and overcoming challenges. This understanding pushed her away from the routine nature of work in industry accounting and motivated DeBella to begin factoring what she enjoyed doing into her career decisions, rather than basing them on necessity alone.

In 2009, DeBella left Ernst & Young and accepted an opportunity to oversee internal and external consolidated financial reporting at Hewlett-Packard, the information technology titan. At HP, she discovered that her leadership skills were as much of an asset, if not more so, than her technical expertise. Her 2011 promotion to vice president of internal audit only confirmed this.

“It was actually kind of a daunting role,” she admits. “But the good news is, there’s a little angel that sits on your shoulder and whispers in your ear, ‘Hey, if the CFO is asking you to take this job, you should probably just say yes.’”

Over the next six-plus years, DeBella implemented a global location strategy and supervised elements of HP’s 2015 split into HP Inc. and Hewlett-Packard Enterprise. She also launched the company’s first internal initiative to support and unite women in finance. Eventually, though, DeBella knew she was ready for more. As she puts it, “I was itching to do something else. Good leaders take on lots of different roles and take on lots of different challenges.”

That urge to seek out a new and challenging position led DeBella to Uber, Lyft’s main competitor in the rideshare space. She hoped that Uber, a known disruptor that was undergoing a cultural overhaul at the time, could present her with the challenges she was craving.

Her hopes proved true. At Uber, DeBella found new puzzles to solve, including the financial transition the company was undergoing as a result of its 2019 IPO. Still, DeBella knew that she could do more, and contribute to a company’s success beyond the responsibilities and scope associated with a traditional internal audit function.

Soon, an offer from Lyft caught her eye—one that made it clear that Lyft was open to a more expansive interpretation of a leadership position in finance. For the first time, DeBella was able to write the rules for her own role, and develop it in a way that ensured she would be able to continually test her abilities.

Next came the hard part: delivering on her potential. As she had promised, DeBella built Lyft’s internal audit team and enterprise risk management program from scratch. She then broadened the scope of her work, leading transformation and governance efforts and shaping forward-looking finance organizational design and strategy. All the while, she has continued to demonstrate her commitment to increasing workplace inclusivity by redefining best practices for hiring and retaining a diverse team.

More recently, DeBella has been adapting her plans for Lyft in response to the COVID-19 pandemic, which has strengthened her resolve to operate with intention and to lead with empathy.

Pandemic or not, DeBella calls herself an optimist. “Even as I think about the challenges we have in working or leading during these times, I remember that my best career breakthroughs have been when I hit walls,” she says. “I find that the best things tend to happen when somebody has a high degree of passion and emotional investment in what they’re doing.”

Fortunately, the walls, the challenges, the puzzles––those are what generate DeBella’s passion. Her “best thing” will always be that next hurdle.

One of Michelle DeBella’s most important challenges? Achieving greater inclusion at all levels.

DeBella is not only a champion for women in finance but also a vocal leader and ally when it comes to racial equity. Through ongoing self-education, Lyft meetings dedicated to discussions on racial and social equity, and by hosting regular inclusion circles, she breaks down the topic and lifts up marginalized communities. “There is no end point where it’s perfect until our company and our functions look like the communities in which we operate,” she says of her efforts to add more rigor to the rideshare giant’s hiring, retention, and progression efforts

Vicki Mak-Romo Has an Electric Future at General Motors

Peggy Turner Is Suited to Governance