“I like to say that my family was poor in money, but rich in love.”

As the eldest child growing up in a rough neighborhood in Mexico City, Jose Luis Prado felt an intense drive to set a good example and be a positive role model. He was the first in his family to graduate from college and he was valedictorian of his class, breaking new ground and making his four siblings proud. “For me, it was all about finding a way to do well in school and create a different future for my family and me,” Prado says. “I like to say that my family was poor in money, but rich in love. I never felt pressured; I always felt encouragement and my family celebrated every milestone with me.”

It was through education that all good things would come. In Mexico, Prado met the woman who would become his wife and the mother of his children: Rosa Elena. With two sons in tow, the Prado family would hop scotch around the globe thanks to Prado’s start with PepsiCo Mexico Foods nearly 30 years ago, where he began in the company’s Frito-Lay division in Mexico City. Leaving engineering behind, Prado began his PepsiCo career in business-information solutions, which provided him with opportunities to travel to Europe and Asia. According to Prado, this was a period of great expansion. Initially the company was operating in just 6 countries; today, it’s in 120.

Prado says his time in Mexico as an executive was a crucial step in his career and a transformative experience, one that informed his leadership style greatly. He went from leading small groups to being responsible for more than 2,000 people in sales.

“To be successful in the global market, in different assignments, and in different cultures, you have to evolve and adapt as a leader,” Prado says. “You have to think on your feet and change with the conditions as it’s required. As an engineer, I was really into details. As I was given more responsibilities, I had to move away from that. I had to learn to focus on the bigger picture and learn to empower teams. This was a crucial skill I learned the hard way; it wasn’t something that came naturally to me.”

The Mexico City native would go on to hold a number of key roles for PepsiCo, including president of Frito-Lay Snacks in the Caribbean, president of PepsiCo Snacks in Argentina and Uruguay, and area president for the Andean region and Southern Cone, eventually becoming president of Gamesa-Quaker in Mexico before obtaining his current role as president of Quaker Foods North America, based out of Chicago.

When PepsiCo acquired Quaker Oats in 2001, it required integrating the two iconic companies and developing a new line of Quaker cookies. Prado says that in just three short years, Quaker’s line of snacks in Mexico have become larger than its oatmeal business, with Quaker cookies now being sold in 20 countries.

“It’s a privilege to work with the most trusted brand in the country,” Prado says. “Quaker Oats is 136 years old, and it has such reach and impact. The goal is to continue honoring our consumers and providing the same quality of product they’ve become accustomed to, while transforming a brand that has become synonymous with oatmeal into one synonymous with oat-based meals. We’re incorporating oats into new, delicious products with powerful new technologies.”

The impact of Prado’s work and presence at PepsiCo can’t be overstated. Very few Latinos reach such high-ranking levels. Prado says he “feels the importance” of being a Latino in top roles at one of the country’s leading companies, but what he thinks about the most is the meaning of his work with Quaker.

“I’ve been given the opportunity to nourish and inspire healthy families by leveraging the power of Quaker Oats,” Prado says. “We know how good oats are, we know how good they are for families, so our job is to get oats to people. It’s simple if you think about it: to offer the benefits of oats in nourishing, delicious, convenient ways. Providing good food to people is a powerful thing, and I want that to be part of my legacy, but there’s also the cultural aspect. I’m the first Mexican to run a major US division of PepsiCo. PepsiCo is a pioneer in diversity, and they have made it real; the company isn’t just paying it lip service.”

Part of Prado’s legacy is the company’s Performance with Purpose programs, aimed at nourishing healthy families. One of these partnerships has Quaker uniting with Common Threads, an organization dedicated to educating children about the importance of nutrition and health by fostering an appreciation of cultural diversity through cooking. Both organizations are based in Chicago, and thus far, Quaker has funded 25 percent of the organization’s area classes aimed at making food fun, educating students about health and nutrition, and instilling healthy eating habits.

Prado also believes serving on boards is an important aspect of his work, and he serves on quite a few, including ones for Northern Trust, the Chicago Symphony Orchestra, GENYOUth, the Chicago Council on Global Affairs, and the Hispanic Association on Corporate Responsibility.

“As someone who has experienced a great deal of success, I feel I have an obligation to my community to give back, but serving on boards also provides PepsiCo with an opportunity,” Prado says. “It’s a way of connecting to organizations and building a culture of commitment to the local community. Quaker has a passion for lending a hand to activities and programs that support youth, and serving on boards is a direct link to these sustainable community programs.”

When pointing out to Prado that much like his high-ranking positions within PepsiCo, it’s also groundbreaking for a Latino to serve on so many boards, he his humble, shrugging off his accomplishments. Less than 2 percent of corporate boards have Latino representation on them.Prado says that for him, the key was being a good leader first and foremost—a good leader who happened to be Latino. The president is adamant in his belief that if you bring value to your company, you will get noticed, neither in spite of, nor because of your ethnicity.

“Think of it this way: the diversity is the icing on the cake; it is not the cake,” Prado says. “I grew up in Mexico, so the idea of ethnic diversity and inclusion wasn’t something we discussed often, but I recognize the benefits. Being diverse is the ultimate competitive advantage; it’s the only way to attract and retain the best talent, and I’m so proud to work for a company that understands that. 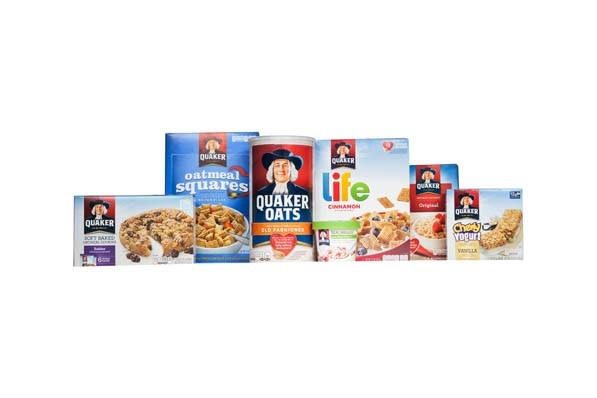 Bitten by the Advocacy Bug

Texas On My Mind