For David Chavez of Marathon Petroleum Corporation, the constant evolution of his role means greater opportunity to empower local communities 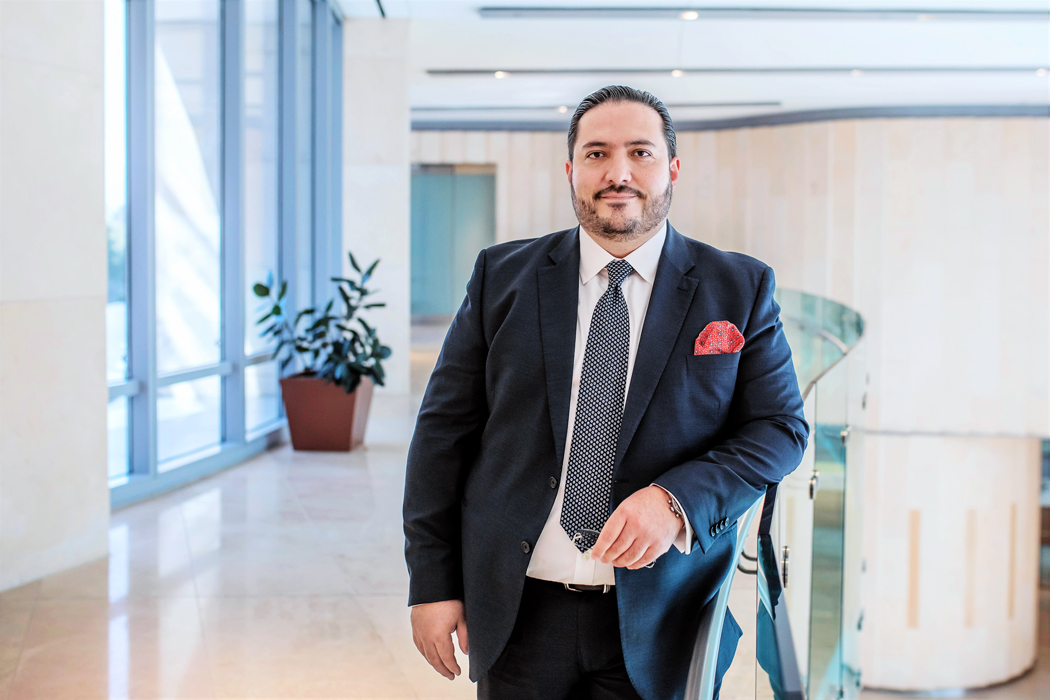 In the border city of Juárez, Mexico, it is not uncommon for students not to continue their education beyond middle school. Because of that harsh reality, David Chavez says, his middle and high schools offered technical programs to equip students early on with sufficient knowledge to succeed in the workforce.

“Before even going to college, I had the equivalent of two associate’s degrees,” explains Chavez, who was able to pursue his bachelor’s degree and begin working for Big Four accounting firm Ernst & Young (EY) concurrently. “By the time that I graduated, I had not only gained four years of experience in public accounting but had also already moved up the ranks within the firm.”

Chavez’s profile has only grown since then. Today, he serves as vice president and chief financial officer for Latin America at Marathon Petroleum Corporation (MPC), the largest oil refinery in the United States. He brings decades of experience to the role, which requires him to exercise a uniquely nimble brand of finance leadership as the company expands into new communities. His leadership also manifests as a personal commitment to giving back to those communities and to inspiring and creating space for the next generation of Hispanic business leaders.

While at EY, Chavez learned to look at the market from a US perspective through his work with clients in the manufacturing and oil and gas industries. The relationships that he built led to his next two roles: corporate controller positions, first at an oil and gas operation in California and then at American multinational company General Electric (GE).

At GE, Chavez reported to the CFO of a subdivision in charge of local outsourcing services. He stayed on with the group when it spun off to form outsourcing firm Genpact in 2005. “That’s where I started to get significantly more hands-on exposure to the finance and accounting world,” he says.

From Genpact, Chavez moved to computer technology company Dell. Unintimidated by the challenges of a new role, he proceeded to revamp the company’s Sarbanes-Oxley Act compliance program. In addition, he oversaw compliance and operational risk management matters, ultimately earning the title of head of enterprise risk management.

Following a period when he co-developed a governance, risk management, and compliance practice for EY competitor Deloitte, Chavez became chief audit executive and CRO at animation studio DreamWorks Animation. He subsequently accepted another joint CAE and CRO role at Tesoro Corporation, a top oil refiner that merged with MPC a few years later.

Thanks to this experience, Chavez was able to travel the world and visit more than fifteen countries as well as dozens of cities located across different continents, where he further learned the value of diversity in the workforce.

Chavez assumed his current MPC role at the time of the merger. At the time, he explains, “we were just starting to grow out our presence in Mexico for the purposes of distributing and selling gasolines.”

Since coming on board in the preliminary stages of that expansion, Chavez has played a critical part in implementing the processes and structure necessary to propel growth. Indeed, MPC’s presence in Mexico has increased from a single gas station to more than three hundred under his watch. To facilitate their product acceptance, the Latin America team embraced his in-depth understanding of Mexico’s business climate.

“It’s been a phenomenal ride for me to support a company of our size as it starts exploring other countries,” Chavez says. “And then for us to have grown so quickly both from a brand perspective and in terms of what we’re doing for the communities in which we’re operating—that’s really incredible.”

Chavez emphasizes the importance of doing right by the people of Mexico. “We want to provide value to the country and to the population by giving them a high-quality product and the best customer service experience,” he says. Chavez is grateful that MPC provides the opportunity to create shared value with local communities in other ways as well, including the donation of $3.8 million pesos worth of personal protective equipment across seven states in Mexico to combat the spread of COVID-19 in the region.

With goals that exceed pure business objectives, Chavez collaborates closely with MPC’s executive management to evolve his role, and approaches his work with the same mix of pragmatism, accountability, and fearlessness.

Chavez is a person of focus, determination, and is fearless in everything he does—especially when it comes to advocating for the empowerment of minorities and the Hispanic community. “At MPC, diversity, equity, and inclusion are important to our culture. We celebrate our differences, provide fair opportunities to our employees based on their unique needs, and create a welcoming workplace for all,” he says. “Hispanic executives need to continue to open those doors of opportunity so that other folks in the community can succeed.”

To that end, Chavez is a champion for MPC’s inclusive and equitable hiring and compensation practices. And, as the company expands further, he will continue to rely on his own diverse experiences to offer guidance on topics ranging from new business ventures to risk and compliance.

Even as a trusted advisor within a major company, Chavez still feels most fulfilled when he sees the results of all the hard work and brand recognition. “I’m very humbled by that type of recognition,” he says. “And very proud.”

Knowing When to Say Yes—and No

David Chavez is always ready to take on new challenges, even if it means stepping outside his comfort zone. “I’m not afraid to walk into a room where I might be the person with the least knowledge or experience,” he says. That same confidence allows him to stay true to himself and to push back when necessary—just like he encourages up-and-coming finance leaders to do.

NextGen Collective: Your Past Doesn’t Dictate Your Tomorrow