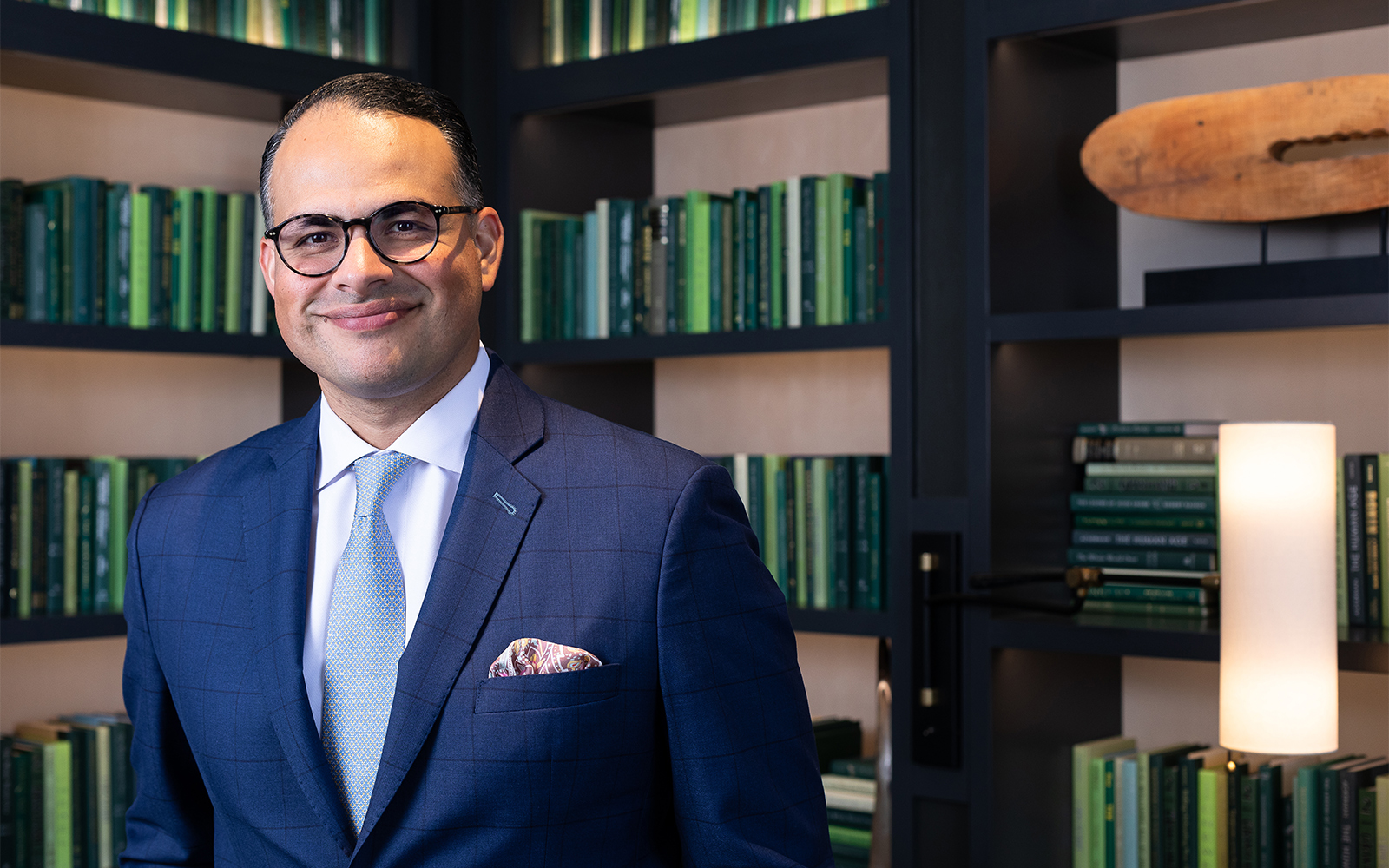 Carlos Calderon had one thing most high school freshmen dream of—an invitation to the prom. He didn’t have much of the one thing needed to make it happen—money. As a first-generation student, Calderon knew there was no way he would ask his hardworking Ecuadorian parents to help him pay for the dance. They were already working multiple jobs and taking extra shifts to make ends meet.

Instead, Calderon made a deal with a local business owner and agreed to shine shoes in exchange for a free tuxedo rental. He eventually took a job pressing and cleaning suits and later worked on cars at the local Honda dealership. Today, Calderon is CFO of Ariel Investments, where he focuses on positioning the firm for growth and making an impact so that minorities can obtain financial opportunities he never had.

Even at that young age, Calderon had already learned a lot about financial management. Some of it he learned from watching his parents. “It took a group of immigrants to help raise a family, and they all sacrificed their own dreams and ambitions to give my brother and I what we needed to give us a better shot in life,” he says.

The rest, he learned through organizations like Junior Achievement. The nonprofit organization came to his elementary school to teach work readiness, financial literacy, entrepreneurship, and leadership skills. As Calderon learned about bank accounts and the basics of economics, he envisioned himself creating business strategy and leading a corporation.

That vision propelled Calderon through an undergraduate program in banking and finance and into the professional world as a controller and finance manager with industry juggernauts like BNY Mellon, State Street, and Eaton Vance. In 2021, he made a drastic change by leaving those large organizations to join Ariel Investments, LLC.

Ariel Investments, the first African American-owned asset manager in the United States, is a global value-based investment firm founded in 1983. The firm serves individual and institutional investors through five mutual funds and nine separate account strategies—several of which have the longest track records in their categories.

Calderon’s previous employer, Eaton Vance, had over $600 billion in assets under management; Ariel Investments was around $18.4 billion. “I made a purposeful decision to come to a more focused organization in order to effect change,” he explains. “The bigger employers I’ve seen are challenged to be as nimble to execute on the vision that the founders of Ariel Investments are pursuing together.”

That vision is simple. Co-CEOs John W. Rogers, Jr. and Mellody Hobson take an active, patient, and intentional approach to both investment management and the firm’s operations. In 2019, as part of Ariel’s enhanced approach to operational excellence, Hobson created the firm’s first Operating Committee, of which Calderon is a member.

Since the firm’s founding, before “ESG” became a widely known acronym, Ariel has integrated environmental, social, and governance issues as “potentially material to business outcomes” and encouraged portfolio company CEOs and boards to prioritize diversity at all levels of their organizations. Ariel uses its role as a shareholder in companies to encourage public company leaders to narrow the wealth gap in America and to bring financial equity to women, people of color, and other minorities.

While he hasn’t been with the organization long, Calderon says he’s found his professional home at Ariel. “This place is a unicorn in the investments world, and it’s one that demands excellence at the same time. I’m surrounded by the best, who motivate me to do my best for, as Mellody tells us, ‘people who are counting on us,’” he explains. As chief financial officer, Calderon leads financial planning and analysis, accounting, treasury, billing, and shareholder relations. He also helps guide Ariel’s overall business strategy along with the firm’s Operating Committee.

It’s a big task for a young financial professional, but Calderon remains unfazed by the weight of responsibility. Afterall, the ability to face adversity is in his DNA. “I was very lucky. It was a beautiful way to grow up, where I was cared for by a community that protected me, and no matter what I do, I can never work as hard as them. Hard work is just ingrained in us because of the immigrant journey my family took,” he says.

When Calderon’s parents were working, aunts made dinner, uncles helped him with his homework, and cousins drove him to events. Family filled the top floors of their apartment in Worcester, Massachusetts. A professional network and mentorship helped, too. Calderon joined the Association of Latino Professionals for America (ALPFA) early in his career, and still serves among its regional leaders.

And his colleagues and partners reap the rewards of all of his learnings. “In my work with Carlos on structuring credit for Ariel’s private equity initiative, Project Black, I have been struck by how he so clearly brings the values of DE&I to life,” said Fiyaz Khan, Managing Director for Private Capital Solutions Group at Northern Trust. “This openness extends to bringing differentiated solutions to the table.”

The last couple of years have been significant ones for Calderon and Ariel Investments. In early 2021, they launched Ariel Alternatives, a first-time private equity endeavor designed to scale sustainable minority-owned businesses. Calderon says Ariel will use the private equity initiative to acquire companies with potential of becoming tier-one suppliers to the Fortune 500. By virtue of Ariel’s ownership, those companies that are not already minority owned will become so and help partners further enhance their ESG impact.

Ariel’s newly minted private equity initiative, Ariel Alternatives, recently made its first majority investment in a $1.3 billion translation software company that serves deaf and hard-of-hearing individuals. When Ariel invested in the company, it only had one diverse executive on a thirty-four-person leadership team.

Six months later, that number has grown to thirteen, due to Ariel’s ownership and encouragement. Ariel hopes to close up to ten similar deals in the coming years. “We’re out to prove that there’s a competitive advantage in ESG and diversity at large, and we’re just getting started,” Calderon says.

Although Calderon has worked mostly in Massachusetts and Florida, he is settling into life in Chicago and looking to build his personal and professional networks. For now, he’s enjoying the Windy City with his wife and young son. He encourages those just starting out in finance to be bold, daring, relentless, and purposeful. “Have a goal but realize there are many paths you can take to reach that goal, and always remember that you are the author of your own story,” he says. “So be sure to make it a good one.”

Northern Trust collaborates with clients and their advisors to offer holistic wealth management services for individuals and families, privately held businesses, family offices, and foundations and endowments. We are recognized for innovative technology, service excellence and depth of expertise across all aspects of financial planning, including wealth transfer, banking, insurance, investments, tax management, philanthropy, family communication and more.