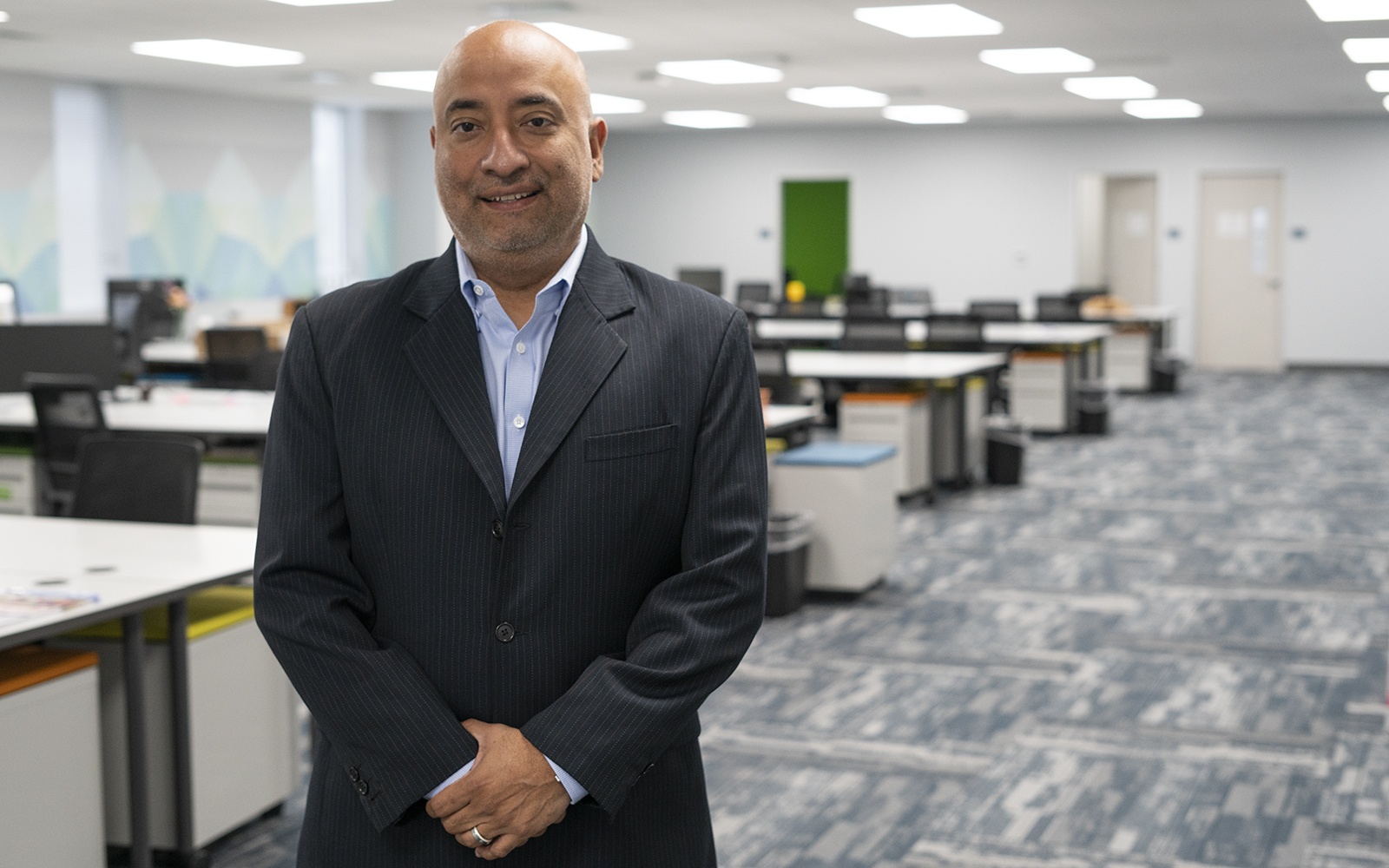 YES Prep, a public charter school system in Houston, has come a long way—and so has its chief talent officer, Tony Muñoz. YES Prep originated in 1995 as a one-room after-school program. Today, it has more than twenty campuses and has helped more than seventeen thousand students from underserved communities.

YES Prep’s mission is to redress inequalities in education, a goal that hits close to home for Muñoz. He grew up with ten siblings in Blue Town, Texas, a poverty-stricken area close enough to the Mexican border that from his home he could see the wall. “We didn’t have running water,” he recalls. “It wasn’t until the 1990s that sewers were installed and we no longer had to dig a hole for an outhouse.”

His parents were immigrants from Michoacan, Mexico, who had both left school after the third grade. “They couldn’t help me with my homework,” Muñoz says. “But my mother would say, ‘Go learn. No one can take that away from you.’”

Muñoz would become the first in his family to earn a college degree. Upon graduation, he entered the education sector. He saw it as “an opportunity to change generational poverty for kids who grew up like me,” he says.

Muñoz’s sense of social justice developed early. He was a migrant farm worker between the ages of nine and seventeen, an experience that opened his eyes to how much the treatment of employees matters. “My family traveled every summer from the Rio Grande Valley to Ohio and Michigan,” he says. “We picked cucumbers, tomatoes, strawberries, and cherries. As a kid I could see some things that weren’t right: the wages we were paid, the conditions we lived in. When we would go up north, we stayed in migrant camps, which were basically one-room shacks. I remember one time we were out picking strawberries in Michigan, and a plane dropped pesticides on the crops while we were working.”

His first job was as a school social worker for the Harlandale Independent School District. He subsequently coordinated parent involvement for the Grand Prairie public school system prior to joining Dallas ISD, where he spent twelve years working on talent development and acquisition.

Muñoz then moved into the private sector, working in HR for four years at Marriott. “I loved the work,” he says. “But I never felt I was making the impact I was meant to make.”

This was brought home to him when he interviewed an applicant for a dishwasher position. “I knew this kid,” he recalls. “He was twenty years old, the same age as my son, who was attending the University of Houston. They attended the same elementary and middle school, but once they got to high school, parents were given a choice. His parents left him in the failing high school, while we put our son in a science and engineering magnet school because I knew the system. I was reminded that too many kids who grew up like me don’t go on to realize their potential because their parents didn’t know any better. I needed to take my talents back to school systems.”

Muñoz has been with YES Prep for a year and a half. As chief talent officer, he’s charged with the three R’s: recruit, retain, and reward. “I find creative ways to reward and recognize our staff’s highest performers while also honoring the commitment of all employees,” he says. “I think of HR as the conscience of the organization. How are we treating our employees? Are we living out our core values? That’s the lens through which I see everything I do.”

The challenges he faced when he joined the company were immediate. First, the pandemic forced YES Prep to go virtual and required that Muñoz seek out educators with the unique skill set to teach virtually.

“I’m looking for two things when recruiting educators: grit and grace,” he says. “That means in part that if they deliver a lesson plan that doesn’t engage the students, they’ve got to have the grace and the grit to try again.”

Another initiative he is driving is freeing YES Prep from Texas’ state-run health benefits co-op. “By legislative action, nearly every school system had to participate,” he says. “The benefits are terrible and the premiums high. It was not working for us. This past year, school districts were given a one-time out. I’ve signed a proposal that will offer better benefits and lower premiums. My focus has been on the mental health of our educators, and the new proposal doubles the amount of free counseling sessions.”

Three years ago, YES Prep began to adopt a more holistic approach to educating students from Houston’s underserved communities. The focus was initially on grades six to twelve, Muñoz says, but they realized a lot of the incoming kids were two or three grade levels behind. “We would get them at sixth grade, but they were reading at second- to third-grade level. We had a conviction that we should be doing more, and our founder and the board launched campuses to give elementary students equal opportunities. Our philosophy is simple: rather than looking at students from a deficit way of thinking, we ask what strengths they have. What can we build on?”

One thing that won’t change is the system’s local focus: Muñoz takes pride in YES Prep’s commitment to the community. “We are committed to Houston,” he says.

At Schulman, Lopez, Hoffer & Adelstein LLP, we are proud of our ability to provide our clients with responsive, service-driven legal advice. SLHA consults education organizations and school networks nationwide, offers full-service bond counsel representation, and has a commercial real estate group plus an extensive portfolio of other services.

Congratulations, Tony! SLHA is honored to be a continued supporter of you and YES Prep Public Schools!

How Maryanne Piña Frodsham Is Leading a New Path for Latinos