The past two years have ushered in a new era for the workplace, one that some are calling the Great Awakening. And for millions of Latinas worldwide, there has been a corresponding shift in priorities: rather than focusing solely on pay and benefits, Latinas are actively seeking psychological safety in the workplace.

Psychological safety is an often-overlooked issue that is at the core of how people perform, whether they feel aligned with their organization, and ultimately, whether they choose to stay. Even the subconscious fear of exclusion—especially for underrepresented groups, who may not fit the dominant norm or expectation—can lead to a workplace where dissenting views or new ideas are never shared, and many Latinas would rather leave their roles than continue to work in such an environment.

There are three key reasons why Latinas aren’t experiencing psychological safety in the workplace:

It is no secret that, for many years, Latinas have felt pressured to try to be someone they are not. Studies suggest that as many as 40 percent of minorities often try to hide their accent, dress in ways that don’t represent them, and engage in code-switching—all in an attempt to better assimilate into the dominant culture.

Latinas want to be fully embraced and accepted for who they are without feeling like they have to play to a certain ideal or persona. This is especially true for Latinas like myself who have a noticeable accent. As with any group of people, we want to be able to celebrate our uniqueness without being viewed as someone who doesn’t fit the leadership ideal.

2. Limited opportunities for advancement within the dominant culture

The push for diversity, equity, and inclusion in the workplace has made amazing strides over the past two decades, but there is still a consistent lack of representation at many corporate leadership tables and in many corporate boardrooms.

When a company is determining who is eligible or should be considered as a prime candidate for an open leadership position, they often look to the current members of the leadership team for a recommendation. But that leadership team is often a homogenized group of white male executives—executives who can and often do overlook their Latina counterparts’ accomplishments, talents, and skills.

Of course, a recommendation from the top isn’t the only way to advance through the corporate ranks. Many companies offer formal and informal mentorship/coaching arrangements that afford mid-level leaders the opportunity to be nurtured and groomed for a higher-level position. It is through these arrangements that leaders are given a chance to shine, get noticed by higher-ups, and gain the professional development they need to assume a leadership role.

Unfortunately, many Latinas feel (and often are) excluded from these types of mentoring and coaching opportunities. Without those chances to be seen, taught, and heard, Latinas have to work twice as hard to get recognized half as often—and the likelihood that their accomplishments will be noticed and considered when it comes time to fill senior-level positions drastically diminishes.

There will always be a few exceptional Latina trailblazers who defy these odds, break through the leadership “norm,” and become CEOs of global organizations, but when such Latinas are the exception rather than the rule, corporations send out a subconscious and destructive signal that certain groups of people “don’t belong.” Latinas working in those kinds of psychologically unsafe environments will inevitably come to believe that they only way they can secure a leadership position is to leave their company.

3. Misalignment with one’s values and vision

According to the Harvard Business Review, the average CEO works 9.7 hours a day, or approximately 49 hours a week. This does not include the additional hours spent at home answering emails, preparing for meetings, managing teams, etc. So, it is more realistic to say that a company leader works upwards of 60 hours a week.

That sort of “at all costs” or “whatever it takes” expectation is exactly why companies see such high rates of stress, anxiety, and burnout. But for many Latinas, there’s yet another problem: the severe misalignment between those kinds of workplace demands and the kind of life and career they want to have.

To be viewed as a “good” leader, one has to buy into this corporate culture of overwork. As a result, the idea of advancement or promotion comes at a steep cost for a Latina leader, who knows she will eventually be forced to choose between her career, her family, and her own self-care. I myself felt those conflicting pressures during my twenty-five plus years as a corporate leader.

But things have changed. Many of the Latina leaders that I coach are willing to walk away from corporations that don’t align with their values and goals—and that holds true of any other misalignment that leads to a psychologically unsafe work environment. Latinas aren’t willing to give up who they are anymore. They want to work within companies that allow them to be authentic and to shine as they are—companies that celebrate everything that makes them unique.

And if employers aren’t willing or able to redefine their workplace cultures to support this new wave of inclusion demands, then we can expect Latinas everywhere to continue to leave their companies to find an environment where they can be seen, valued, heard, recognized, and respected.

Patricia Arboleda is a highly successful, certified executive & leadership coach and the founder of Arboleda Coaching, a company focused on advancing driven women and Latinx to the next level of their careers. Through the company’s specially curated corporate programs and breakthrough executive coaching, Arboleda Coaching is closing the gap of women and Latinx in senior leadership roles.

As a Latina woman who has climbed the corporate ladder and served as a senior executive for a Fortune 500 company, Arboleda has an insider’s understanding of what obstacles stand in the way for most female and Latinx leaders. It is through her innovative programs that Arboleda moves the needle, generating significant transformations and equipping the people she works with with the skills they need to develop a winning mindset, expand their leadership skills, create more impact, and set themselves apart with real, lasting results.

To find out more about her work, visit www.arboledacoaching.com or contact her on LinkedIn. If you’d like to learn more about how she can help you or the company you work for, book a call with her here. 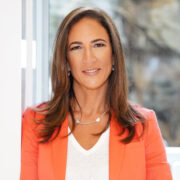