Hispanics represent less than 3 percent of the highest ranks of the US military. Air Force veteran Carlos E. Martinez reveals the pattern of missteps that has allowed that underrepresentation to be perpetuated.

I grew up in Miami. I joined the Air Force in 1971, attended Officer Training School, and then received my pilot wings in 1973. After ten years of active duty, I left active duty to join the Air Force Reserve. In 2001, I was selected for promotion to brigadier general and joined the ranks of less than a handful of other Hispanic flag officers. Soon thereafter, several other Hispanics were selected for positions as generals.

When I retired in 2006, I thought that that trend was going to continue, that more and more Hispanics would ascend to high-ranking leadership positions. But as it turns out, it was a short-lived phenomenon.

Through HVLA, we have actively engaged senior leaders in the Department of Defense (DoD) and in Congress to apprise them of this issue and request they take action to help our military better reflect “the face of America.” In 2019, we briefed the Congressional Hispanic Caucus on the absence of Hispanics in the upper ranks of the military. In January 2021, we provided a well-researched response to the Air Force’s 2020 Racial Disparity Review, which pointed out that the Air Force’s own data showed that Hispanics were far less represented in the upper ranks of the active-duty Air Force than their African American counterparts. We specifically requested that the Air Force conduct another review that did not just focus on African Americans but expanded its scope to address Hispanics.

While we never received a formal response to our request, the Air Force did follow up with a second review that included consideration of Hispanics. So, the HVLA thought that it was finally starting to make progress with the Air Force, if not with the DoD overall, in its mission to broaden the military’s diversity and inclusion programs to include Hispanics.

However, in January 2022, the Air Force announced a special program focused strictly on Historically Black Colleges and Universities (HBCUs) to provide their Reserve Officer Training Corps (ROTC) with greater opportunities to learn about Air Force career opportunities. The HVLA quickly contacted the Air Force to remind them, again, to not forget Hispanics. This led to a meeting in April 2022 with the under secretary of the Air Force, which in turn led to a two-day June meeting with the senior staff of the Air Force organization responsible for ROTC programs. We were assured that the Air Force took our concerns seriously and that they would broaden their programs to also include Hispanic Serving Institutions (HSIs).

Apparently, the rest of the Air Force did not get the word because very soon thereafter, we learned about another Air Force initiative to provide HBCUs with $60 million in funding over five years to support science and technology education. This funding was provided through the DoD’s University Affiliated Research Center (UARC).

We met with the chief scientist of the Air Force in July 2022 to voice our concerns and ask if they were going to provide comparable programs for HSIs. We pointed out that while we recognize the continuing need to provide greater opportunities for African Americans, we are also keenly aware that we live in a constrained resource environment, and so providing funding for one group and not another is to discriminate against the other group. To date, we have received no satisfactory answer.

HVLA President Ricardo Aponte recently said: “The USAF and DoD’s actions on UARC clearly demonstrate that there is still much work to be done for our armed services to be more inclusive. The HVLA will be vigilant.”

From its inception, the HVLA has only wanted to provide Hispanics with a “fair shake” as compared to other minorities. However, it seems that we are the forgotten minority and that we will continue to be ignored if things do not change.

Carlos E. “Charlie” Martinez was born in Havana, Cuba. He graduated from the University of Miami School of Engineering and retired from the Air Force Reserve after more than thirty-four years of combined active and reserve duty in a variety of assignments including aircraft pilot, missile test engineer, manpower officer, research scientist, and acquisition management officer positions. His last assignment was as mobilization assistant to the Air Force’s chief of warfighting integration. 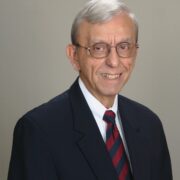