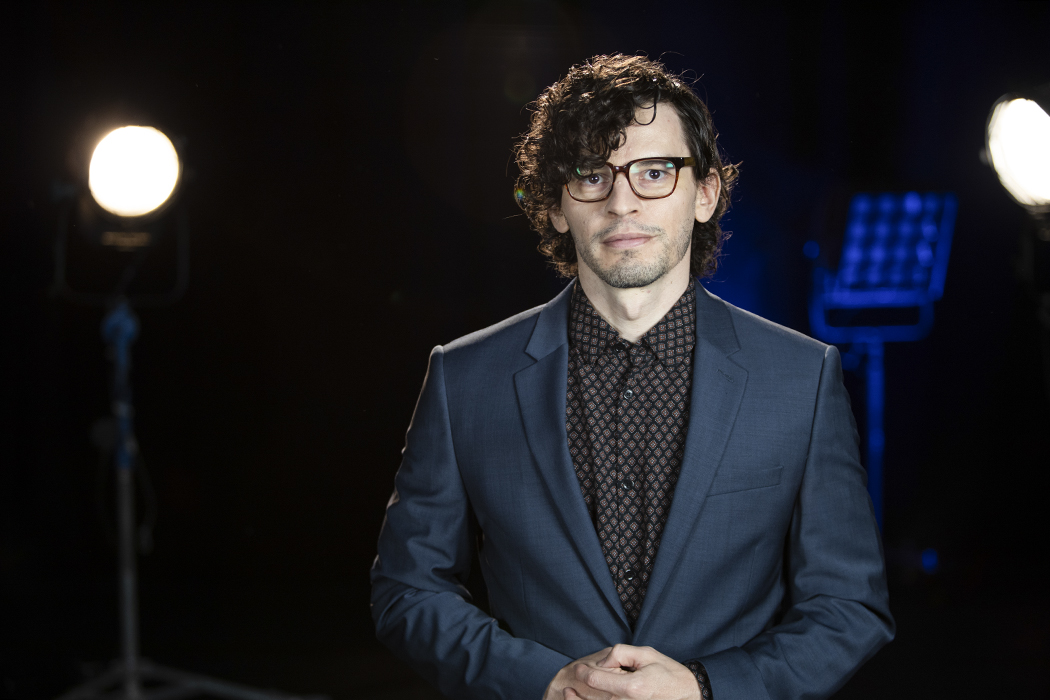 The press release for LATV’s The Q Agenda promises a place for “candid and genuine conversation about issues that affect the LGBTQ+ community,” but the show delivers more than that. For starters, it may be one of the only places on television for this conversation. The show’s predecessor, Glitterbomb (also an LATV production), was the first LGBTQ+ Latino talk show on nationwide television. But even though the two shows share actor and executive producer Enrique Sapene as a host, The Q Agenda is an entirely different animal.

Glitterbomb focuses on celebrity and entertainment culture—more of a dessert than an entrée. The Q Agenda is meatier, discussing the issues of the day from the perspectives of its LGTBQ+ hosts: Sapene, trans activist Juliana Joel, comedian Lianna Carrera, and celebrity makeup artist and entrepreneur Victor Ramos. It’s funny, fun, and most importantly, it matters.

It’s a show that Executive Producer and Director Andres Palencia says he would have given anything to have as a young, gay Latino working to understand his identity. “We hope the show can feel like your friends,” explains Palencia, who also serves as co-executive director of LATV. “If I had had this when I was ten, or eighteen, or twenty-one, I would have been made to feel that there is a world where I can be treated in a fair and normal way.”

The Q Agenda is, in many ways, a direct answer to the challenges Palencia faced as a gay man in the often-unwelcoming entertainment world of the late 2000s and early 2010s. “Being out or coming out, even being suspected of being out, would almost instantly exclude you from certain conversations, perspectives, or creative input,” Palencia says. “There’s the toxic machismo of Latin cultures that is obviously very prevalent in Latino media. This seemed like the moment to push for people just to have a better life walking down the street, to show that our community exists on screen.”

While The Q Agenda may be filtered through the eyes of the LGTBQ+ community, what’s fascinating is the range of culture and personality in its hosts and guests. But the show doesn’t attempt to represent every perspective out there: the hosts are entirely themselves, nothing more or less. “I know I was hesitant that I didn’t want people to think I was trying to be the poster child for the trans community,” Joel explains. “We all have different lives and stories. It took me time to realize the whole point of this show is to just be an individual voice who hopefully can inspire people.”

“LATV has done a really great job of just providing platforms for who we are as individuals,” Carrera says. “I have Cuban heritage, but I’m about as Americanized as the next person. The first day I came in, I said, ‘I don’t speak Spanish, I don’t want to misrepresent. I don’t need a Hilaria Baldwin scandal. The network came back with, essentially, ‘Of course you belong here, because there are countless second- and third- and fourth-generation immigrant children who feel as Americanized as you do and who can identify with your experience.”

In having larger conversations on such diverse topics, the hosts themselves have found opportunities to grow. “In connecting with each host, I’m able to connect with a different part of myself,” Ramos says. “With Liliana, I’m always learning something new about our political system and the motivation to get more educated.”

Sapene concurs. “The funny thing is that walking into this show, I really thought that I knew it all, and now, with the little that I do know, I’m pretty sure I don’t know anything at all. There have been moments with these three that I realized I never would have thought about a situation from their perspective. I’m so grateful to Andres and Bruno [LATV Co-Executive Director and Executive Producer Bruno Seros-Ulloa], who have given us the liberty to have these conversations.”

Palencia says that The Q Agenda is part of a larger content strategy at LATV based around three passion points. “We want to focus on culture, not language, upbringing, country of origin, or ethnic background,” Palencia says. “Our culture, the thing that binds us together and empowers Latinos.”

The second is committing to creating serious positions to empower Latino creatives. The final pillar is the LGBTQ+ Latino; a third of the content strategy is focused solely on providing more voices from an underserved community in entertainment. “We want to be the voices behind the scenes to reflect the content that’s on screen, because genuine expression is important,” Palencia says. “There haven’t been many opportunities for LGBT people in entertainment, let alone Latinos, so we’re doing our best to make it happen here.”

Stripped to its core, The Q Agenda seems to work in large part due to the chemistry of its hosts. The conversation feels familiar, welcoming, and approachable for all audiences. It’s not preachy but it also doesn’t pull its punches. It feels genuine but not clunky. “I think that has a little bit to do with the nature of queer community,” Carrera remarks. “So many from our community have been ostracized from their families or social groups in the past, so as a community, we instinctively build our tables longer.”

The Q Agenda is a party that everyone is invited to, Sapene says. “Anybody that needs a platform to spread a message of equality and love will find a home on the Agenda.”