As the legal helm of Corsair Components, his number-one task is to guide its transition into the shifting realm of publicly traded companies. 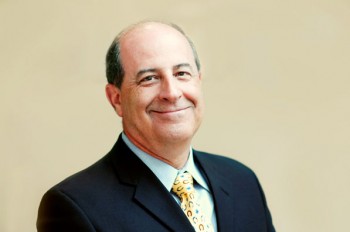 If there’s one thing Frederick “Fred” Gonzalez knows both inside and out, it’s the value of a professional network. Of course, as vice president, general counsel, and corporate secretary of Fremont, California-based Corsair Components, Gonzalez knows quite a bit about a great many things. But he credits much of his success to diligence in building, maintaining, and expanding his network. “A network is one of the biggest assets that a person can have in their career,” says Gonzalez, who has a bachelor’s degree, an MBA, and a law degree from Santa Clara University. “The key is keeping in touch and maintaining it. It’s sounds easy, but it’s not. People don’t usually think of their network until they need it.”

Being prepared for the unexpected is something Gonzalez knows all about, which is why he makes a point of keeping his network active. That foresight came in handy as recently as 2010, when the San Francisco native found himself looking for work. His employer, SonicWALL, Inc., a developer of Internet security solutions, had received acquisition overtures from both public and private companies and, as Gonzalez recalls, it was clear that whoever bought SonicWALL, his position as general counsel was precarious at best. But it wasn’t a complete shock; according to Gonzalez, any acquisition usually means jobs losses, especially in the executive ranks. “From a career perspective, a general counsel has to always be on the alert for these kinds of transactions because they’re likely to lose their job,” he says.

For Gonzalez, it was a prime opportunity to explore the Silicon Valley job market and to tap into his network for both ideas and contacts. As he sees it, the general-counsel job market falls into three groups: companies that are already public, companies that have filed their intent to go public, and fast-growing private companies that anticipate eventually going public. Public companies need someone who has already been a general counsel and understands the intricacies of corporate compliance and governance, and companies that intend to go public need someone who can take them public, again a seasoned general counsel. Then there are those companies for which an IPO [Initial Public Offering] is still far in the future—these are most likely to hire someone who can handle the day-to-day responsibilities, a lawyer who may or may not have the title of general counsel.

During his job transition, Gonzalez, who has worked in Silicon Valley for more than 30 years, interviewed with companies in all three groups, and wound up accepting an offer from Corsair Components, which produces sophisticated components—such as cooling systems, solid-state drives, and power-supply units—for the high-end PC gaming market. Corsair has filed a registration statement about its intent to go public. If or when that happens, Gonzalez will be its general counsel. “My job is to get the company prepared to take on the responsibilities of being a publicly traded company,” he says. “When you go public, you have to hit the ground running and know what has changed, in terms of compliance, governance, and new policies. Otherwise, it’s easy to stumble.”

It’s an interesting career path for someone who studied chemistry as an undergraduate and went on to get an MBA. After working as a contracts negotiator for a defense contractor, Gonzalez attended law school and, upon graduating, was hired by Amdahl Corp in 1978, one of Silicon Valley’s earliest IPOs. Since then he has been general counsel at a handful of big high-tech players—including Polycom, Extreme Networks, and SonicWALL—while also building his network along the way.

Indeed, Gonzalez works at maintaining and growing that network every day. In one week alone, he might meet with a younger attorney seeking job-hunting advice; have lunch with a former colleague who’s in real-estate law; attend an event at Santa Clara University, where he helps guide and mentor upcoming graduates; and attend another lunch with former colleagues now at an IT firm. As he stresses, people tend to narrow their networks, when they should expand them beyond what’s familiar and comfortable to take advantage of opportunities. For Hispanics, that means making contacts outside the Hispanic group.

“I always tell attorneys to expand their network as far as they can and build relationships inside and outside the legal job market,” says Gonzalez, whose family is originally from Spain. “Not only does it help you develop your professional persona in the context of many different ethnical and cultural considerations, but you also never know where the next
opportunity might come from.”