Jesse Torres works his way from bank teller to CEO of Pan American Bank in his hometown of East Los Angeles, proving by example that “not all bankers are evil” 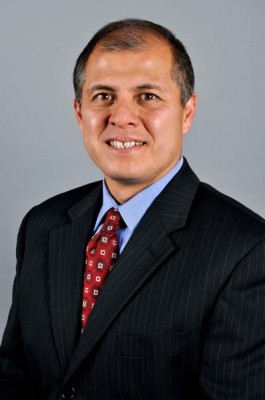 1989 to 1991: Jesse Torres’s career in banking began when he was studying political science at the University of California–Los Angeles (UCLA). “During my sophomore year, I worked part time as a bank teller,” he says. “Who knew it would be the start of an entire career in the industry?”

When Torres graduated from UCLA in 1991, the country was in a recession and he struggled to find employment. One entity that was hiring: the US government. Torres ended up working with the Office of the Comptroller of the Currency (OCC), an agency of the US Department of the Treasury, as a bank examiner.

1995: With some experience under his belt, Torres went to work for California Federal Bank as a residential lending analyst. “I was able to use the knowledge I gained as a regulator to help the bank navigate the rules that apply to mortgage lending,” Torres says. “In doing so, I learned quite a bit about the banking industry, and began to gain a true understanding of management and develop a leadership style.”

1997 to 2001: When California Federal Bank was sold, Torres had what he describes as a “great opportunity” to work as a senior consultant in the financial-services practice at KPMG Peat Marwick LLP, one of the nation’s largest accounting firms. “I was tasked with solving whatever problem a client had, and every client was different,” says Torres. “The job was challenging, and involved long hours, but it forced me to be problem solver.”

In less than two years, Torres parlayed the experience he gained at KPMG into a position as a risk manager at the distressed Fidelity Federal Bank. As part of the management team that handled the bank’s merger into California National Bank in December 2001, Torres “learned to look at a company rather than a department in isolation, and that experience positioned me as a future CEO.”

2002: Torres was retained by California National Bank, operated by then-CEO Greg Mitchell, whom Torres considers his greatest mentor.  He enrolled Torres in the University of Washington’s Pacific Coast Banking School, a three-year program that grooms future bank executives, where Torres wrote a thesis about Hispanic marketing, which was used as the basis for a number of Hispanic bank start-ups. Mitchell also spent time walking Torres through aspects of the banking business of which Torres had no firsthand knowledge. “Essentially, he was willing to put his time, money, and reputation on the line because he believed in me,” Torres says. “It was a gift for which I can never thank him enough.”

Mark A. Hernandez Strives to Be Better Every Day

In June of 2009, Torres received a phone call from a recruiter seeking a CEO for Pan American Bank, the country’s second-oldest Latino-owned bank, which has $40 million in assets. “I was born and raised in the predominantly Hispanic East Los Angeles, where the bank is located, so it was perfect opportunity for me to do what I love in the community in which I grew up,” Torres says. “Beginning my position at the height of the financial crisis also gave me the chance to demonstrate that bankers aren’t all evil.”

Today: Working in East Los Angeles, where half of the community doesn’t even have a bank account, made Torres want to give back. Considering that youth who have savings accounts are seven times more likely to go to college, so Torres launched a financial-literacy program. “If Pan American Bank is going to survive another 48 years we need to make sure this community is bankable, and to do that, we need to educate its youth,” Torres says.