Naysa Aparicio-Hernandez has overcome challenges and achieved a leadership role thanks to her positive attitude. She now uses that power to help young Latinas pursue a similar career path. 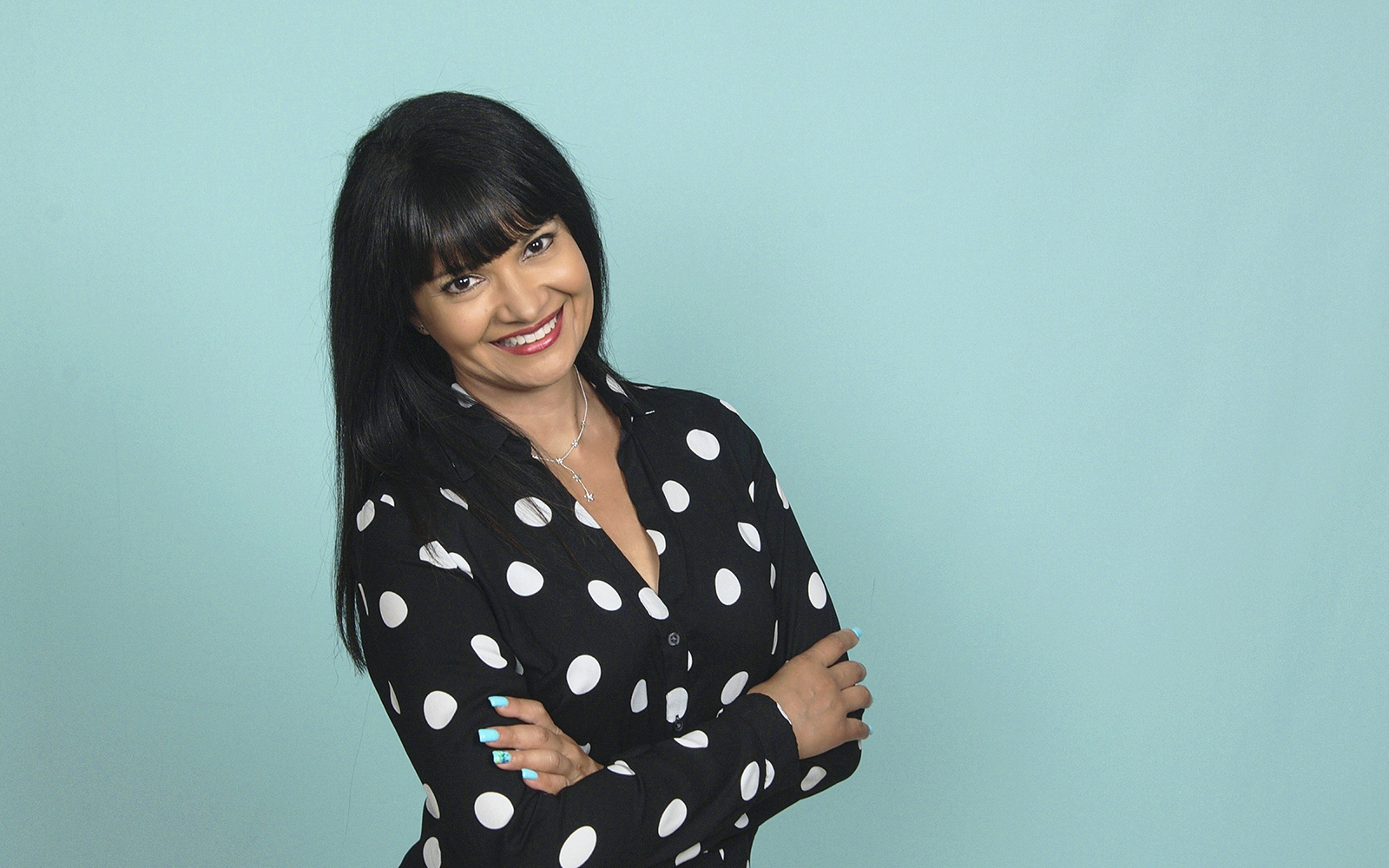 Something a college professor said to Naysa Aparicio-Hernandez and her classmates has stuck with her throughout her career in human resources.

“How many of you picked up HR because you like people?” the professor asked, at which she eagerly raised her hand. “Let me tell you, you’re going to be very disappointed,” the professor said. “Because you may love people, but people are going to hate you.” The professor’s point, she says, is that people in HR are often tasked with giving bad news.

But Aparicio-Hernandez, who’s now the chief human resources officer at RJW Logistics Group, says she’s proven that professor wrong with her positive attitude, which has allowed her to overcome challenges in her life and play a vital role in the company she works for.

After graduating from Andrés Bello Catholic University in Venezuela with a bachelor’s degree in human and industrial relations, Aparicio-Hernandez worked for various industries including manufacturing and IT. She had worked her way up to being an HR manager when her husband got a job offer in Chicago. Suddenly, she says, she had to reinvent herself.

“Everything was different in this country: the language, the traditions, the culture, the food. So it was kind of a shock for me,” she says. “I had to learn the language and start over again.”

Starting over also meant working hard just to get an entry-level position in the US, despite her experience in leadership roles in Venezuela. She says a lot of people told her that she wouldn’t be able to get into the field with her accent. Others advised her to pursue another career path. That wasn’t an option, she says. “I can’t see myself in another field, so what I did was I started to learn English, studied HR laws in the state, and went to classes for HR even though I already had a degree.”

She was able to move up the ranks and work her way back to leadership positions, an accomplishment she credits partly to the people who supported her along the way. But she also says she couldn’t have done any of it without staying positive.

“One of the things that helped me was to believe I could do more and more and not be my own enemy,” she says. “Find the positive in every situation. Even though it’s hard, it works wonders. The mind is positive, and you can work toward that.”

At RJW, which delivers logistics solutions that enable suppliers of consumer-packaged goods to improve their production and to optimize their supply chain processes, Aparicio-Hernandez directs the administration of the HR function, staffing goals, and strategies to support productive and profitable business operations. Her contributions have helped the company grow from three hundred employees when she first started to a thousand employees today. Some of those contributions include developing new processes and embracing new technology to leverage company goals.

Among all the things she’s accomplished, she’s most proud of how she’s been able to change the perception of her department in the company. Sometimes, she says, HR departments are seen like the police department rather than a business partner.

“What I do with my team is empower them every day. I let them make their own decisions, and I make sure they learn as they go,” she says. It’s also important to her to show her staff that they can generate their own ideas.

“I’m available all the time for them. I don’t have any problems working together with them. No one is better than anyone.”

When that kind of culture develops within the department, those outside of it take notice, she explains. “The more that my team helps the other team, the better reception we get,” she adds. “The motivation my team has is absolutely contagious.”

One of Aparicio-Hernandez’s goals is to help more Latinas work in HR. Last year, she was selected to write a book about the challenges Latinas face and how to overcome them to reach executive positions. She says of the more than sixty million Latinas in the US, only 4 percent have executive positions in Fortune 100 companies. The book aims to close that gap by steering its proceeds toward scholarships for young women wanting to study HR. So far, there are seven scholarships secured.

“My heart is so full because of that. It’s our way to pay it forward and give back to the Latino community,” she says. She also serves as a mentor to young women who have HR career aspirations.

“I hope that my story and what I’m telling everybody is inspiring other women to keep going, and I hope that I’m motivating young people,” she says.