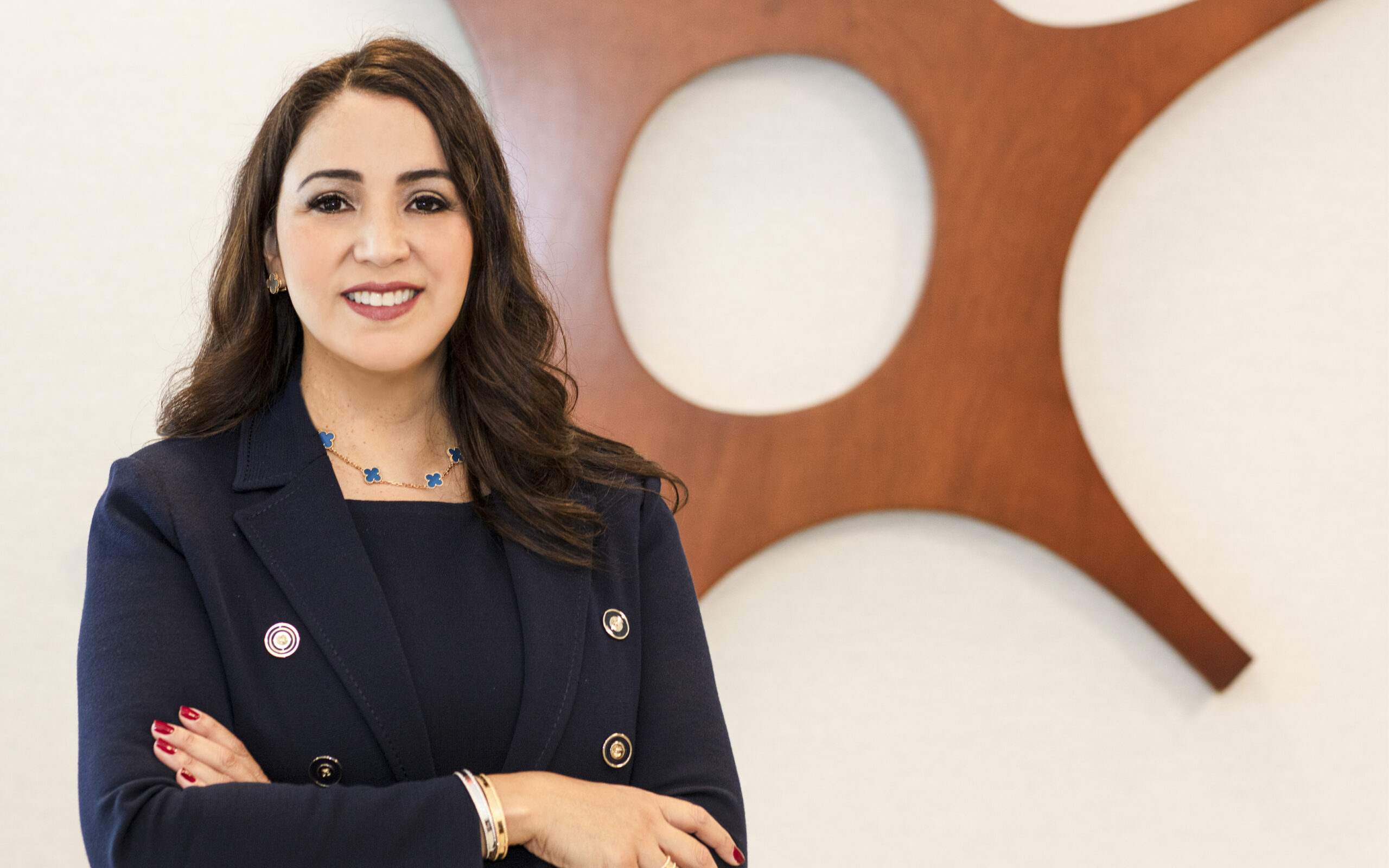 Before Maria Martinez had even graduated from college, she earned a nickname that seemed to set her career in motion. In high school, the Business Professionals of American program had placed her at Tenneco Gas, where she helped leaders in human resources by typing labels and delivering documents. She enrolled in college, but only signed up for evening classes so she could keep her executive assistant and receptionist jobs. Then, she took her first assignment. Martinez raised her hand for every job and earned a reputation as the go-to person who could answer any question and solve any problem. They called her “Miss HR.”

Martinez has lived up to the nickname. Her entry into professional life struck a chord that resonated, and she’s stayed in the world of talent and employment ever since. “I had a front-row seat to excellent leadership in HR, and it showed me how fulfilling a career it could be,” she says.

Martinez also had dedicated mentors who supported her and helped her understand and pursue different career paths in the industry. That was important to the young Houston native and first-generation college student: although her parents worked hard blue-collar jobs and encouraged her to get an education, she didn’t have any other professional role models to turn to for guidance.

“We’ve put in the work to integrate DEI into everything we do.”

Mentors at Tenneco Gas, which later became El Paso Energy, helped Martinez realize she had what it took to succeed in HR. She assumed leadership roles and was coordinating large projects while she was still in school. Before her twenty-third birthday, she presented ideas to the CHRO that were later accepted and implemented. The confidence boost that experience gave her helped her realize she was in the right field. Martinez continued to advance, and ended up staying at Tenneco Gas for more than nine years.

From there, Martinez continued to work hard to achieve her goals. She accepted an HR position with Cooper Industries and enrolled in a weekend MBA program to take her knowledge to the next level. “I’ve decided to make hard choices and sacrifice time and time again, but that’s what has led me to where I am today,” she explains. She used her new knowledge to help Cooper take a domestic college recruiting program worldwide.

Next, Martinez joined another energy company known as BHP, where she rounded out her HR experience and worked directly with the CEO and HR leadership on key initiatives such as succession planning and employee satisfaction. With her HR skills fully developed, she was ready for the next challenge.

Martinez found that challenge at Murphy Oil Corporation and accepted a full-time role just as the organization was expanding its onshore business. The company needed an experienced HR manager to recruit talent for a new operation. Leaders wanted someone who could analyze compensation and benefits, and they tapped Martinez to attract and retain the staff necessary to execute the critical growth plan.

More than a decade later, Martinez has shifted from traditional HR to work with the CEO and other leaders on the company’s vision and strategy. As vice president of human resources and administration, she still works on recruitment, engagement, compensation, benefits, and succession planning, but her emerging passion lies in diversity, equity, and inclusion. “We’ve put in the work to integrate DEI into everything we do,” she says. “Our internal numbers lead those of our peers, and we are looking at ways we can influence our entire industry to do more as we integrate these values forward at Murphy Oil.”

The human resources department recently enhanced DEI at Murphy Oil through a series of videos designed to spark meaningful conversations. C-suite leaders recorded and distributed short messages about what DEI means to them before inviting all employees to tell their own stories. Martinez says she was encouraged by a positive reception and high levels of participation.

Martinez has come a long way from her early days as “Miss HR,” but she’s still hard at work to import best practices, build a strong culture, and ensure that all employees feel seen, valued, and appreciated. “I love the work that I do,” she says. “And I hope we’re creating a workplace that others love too.”

Although Maria Martinez’s parents worked long hours at demanding physical jobs, they still found time to support local charities and give back to the community. Their example convinced her that everyone has time to make an impact.

As a leader at Murphy Oil Corporation, she takes part in official company partnerships with local food banks and United Way chapters. At home, she’s passing down her parents’ legacy of volunteerism by inviting her daughters to prepare and deliver meals for children’s organizations through the National Charity League.