Mike Cabrera father started his carpet-cleaning business with one truck and a cleaning machine. Now the company has grown to a full-fledged facility-maintenance firm with 2,000 employees.

Now 33, Mike Cabrera is president of United Building Maintenance, Inc. (UBM), what was formerly JC’s Carpet Cleaning. And he doesn’t seem too unhappy about the name change: UBM is the consequence of James’s entrepreneurial expansion from one truck and a carpet-cleaning machine to a firm offering a full suite of facility-maintenance services throughout Illinois and parts of Wisconsin and Indiana. The company today has approximately 2,000 employees, is one of the largest Hispanic-owned companies in the state, and anticipated annual sales of over $60 million by 2011 [at press time]. “I usually joke and say I’ve been here for 33 years,” says Mike, when asked how long he’d been involved with his father’s business. “I worked in the warehouse during high school, and through college, working in the summers.”

This experience provided the future president with hands-on knowledge of all aspects of the business, whether it was cleaning buildings or driving a snow plow. Upon graduating, Mike was handed a new landscaping division to oversee, and since then has proceeded to work his way up to his current role. “There were times, when I first came out of college, when I wondered if this is what I wanted to do with my career,” he says. “I talked to my dad about it. And as I got more involved, with more responsibility and reward, you think: if you’re going to work this hard, why not do it for yourself and your family? Once I started to see tangible results, that’s when I got really excited and engaged with the business.” 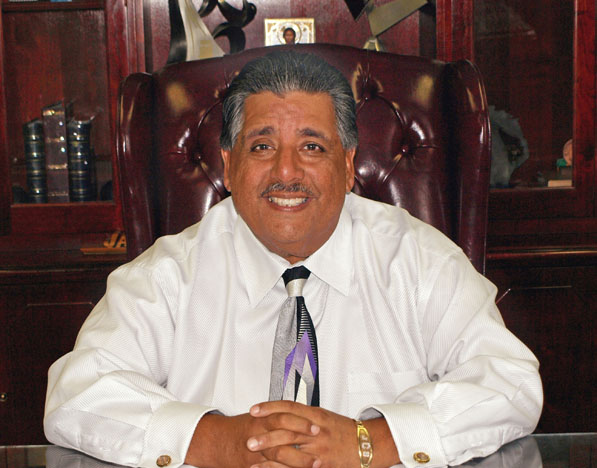 His father, as CEO, still works alongside Mike in the business. “He’s still a young man. I can’t see him slowing down any time soon,” Mike says. The continued interaction on a professional level is something that the son cherishes. “I’m fortunate to receive that knowledge for free on a daily basis. It’s exciting, to be able to talk and have dialogue with someone who has been so successful in his career and in building a business.”

According to Mike, father and son have complementary management styles. Also similar is Mike’s commitment to the Hispanic business 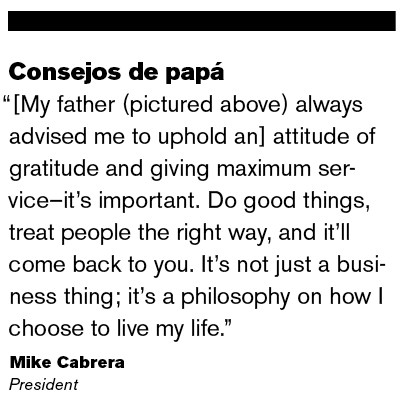 community, following in his father’s footsteps by serving on the board of directors for the Chicago Minority Supplier Development Council and as a director of the Illinois Hispanic Chamber of Commerce. “I do my part out there, in whatever way, shape or form that I can,” he says.
Back at UBM, it’s an exciting time. “We’ve added additional services including a Mechanical Services and Union Painting Division to better serve our customers.” Mike attributes the continuing success of UBM to the fact that the company is self-performing, rather than choosing to outsource to other companies (like some competitors), thereby controlling the quality and cost of their work. Employees play an enormous part as well, with family members on board (including Mike’s siblings, an uncle, and two cousins). “UBM functions at a very high level due to the expertise that my brother, Jim, and my sister, Amy, and the rest of the family contributes on a daily basis,” he says. “We are truly a great team.”

Mike is also quick to point out other employees who aren’t blood related have become “like family” after 20-plus years with UBM. But, ultimately, his own success comes down to his father’s guidance. “I learned a tremendous amount about business from my dad, but it pales in comparison to what he’s taught me about life, about what it means to be a man, father, and a husband,” he says. “You want to be a successful business person, but more importantly you want to be a good person—a steward of the community—and sometimes it’s just a by-product of doing what is right.”