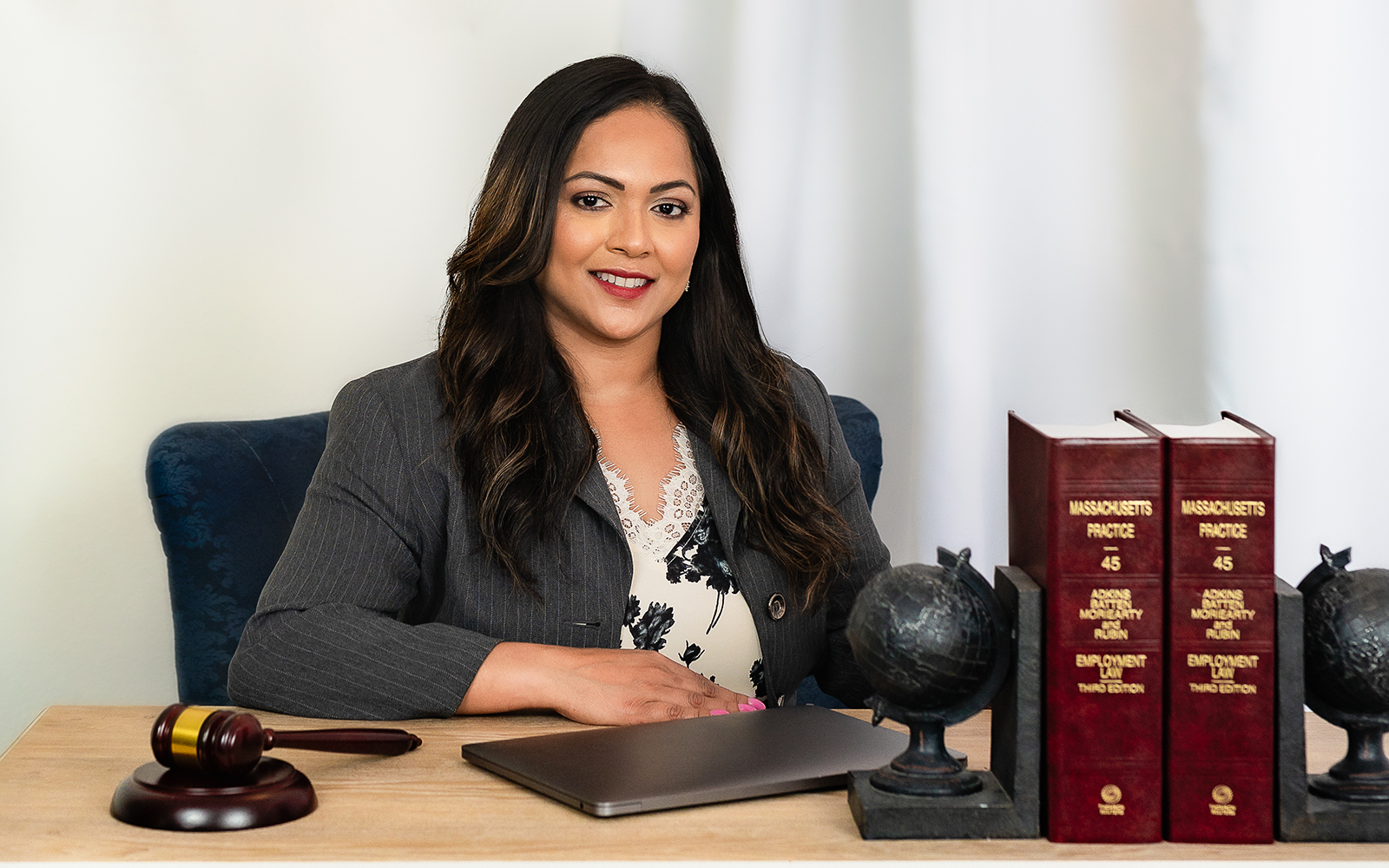 Kelly Navarro has a framed card from her team that she received for National Boss’s Day. It’s covered in messages from employees she supports and leads as chief people officer, but there’s one that sums up Navarro in just a few simple words: “You are unstoppable.”

“That’s just me,” Navarro says. “I’m not going to stop doing what’s right, whether it’s for me, my son, or the people in my life. I am going to get it done.”

There are many reasons why the CPO shouldn’t have made it to where she is. Born in Trinidad, Navarro was molded by her grandmother and her great grandmother, “strong island women” who pushed the young girl to be the best she could be. Looking back, she thinks the strength they instilled in her was a foundation of survival that she has drawn on throughout her life.

Navarro was the only one of her two siblings who was granted a US visa, and she went to live with her mother in Pennsylvania, who was working in a wealthy couple’s home.

“I don’t tell these stories to ask for pity or try to pretend I’m the only one,” Navarro says. “I just hope that someone who has shared this kind of struggle can find something in my journey to motivate them.”

There is so much that could have derailed Navarro’s life. For starters, the home she shared with her mother was not the loving environment her grandmother had built. It was insufferable. Stuck between two cultures and having no one to turn to, Navarro eventually ran away from home to New York City. She stayed in hostels, with friends, at bus station terminals, anywhere she could get some rest.

Navarro met a Colombian woman on the grounds of a large apartment complex in Sunnyside, Queens, where the fifteen-year-old knew she could move relatively freely. The woman offered to rent Navarro a room (more of a closet, really) to help get her off the streets.

“To say it was small is being grandiose. You could only fit a cot in there, not a real bed,” Navarro remembers. “But it was my space and my cot. I was safe. I was cleaning houses and waitressing; I was surviving.”

Navarro moved back and forth between New York and Pennsylvania, never able to get her high school diploma, but was still able to earn early admission to Quincy College because she’d squeezed so many of the academic requirements into a compressed timeline. But school and work were just too much to handle so once again, in order to survive, she had to drop out.

At twenty, Navarro came head-to-head with her defining moment. She got pregnant, and after a couple of years with her young son, the father decided he didn’t want his partying life to end. Navarro found herself alone once more. Faced with a new crossroads, the CPO knew unquestionably she had to do everything she could to give her young son the kind of life she never had.

“I went back to school. Now attending Delaware Technical Community College, working, and to make a living I was cleaning houses, even bringing my son with me while I cleaned houses,” Navarro remembers. “I knew there were greater things for me. Looking back, God took all of these broken pieces and made a mosaic.”

As a Latina in the C-suite, the CPO is driven by the minimum-wage workers, first-generation immigrants, single parents, and people of diverse backgrounds. “The face, and lives of those is what makes up America’s workforce and is embodied in my journey,” she says. “Their struggles, I have faced, lived, overcame, and conquered.”

Though an executive herself, there are times when Navarro still has a very hard time understanding those who came from privilege. She doesn’t speak of those from upper-class backgrounds with disdain, more like a sociologist examining a different culture. “I am quite comfortable in my C-level skin because I have earned where I am. However, being at a C-level doesn’t mean I have to sacrifice my humility.

“I feel a connection to the majority of the workforce in a very intense way,” Navarro explains. “When it comes to the white-collar part of any business, I have to admit that there is a sense of privilege that I can’t relate to, and to be honest, I don’t think I ever want to be able to relate to because I don’t want to lose the memory of my struggles. It is the knowledge from those struggles that helps me be a successful CPO.”

“As the US becomes more ethnically and racially diverse, most corporations are grappling with how to build a workforce that reflects these changing demographics,” Navarro adds. “Research shows how employees of color and ethnic backgrounds are disproportionately concentrated in the lowest ranking positions; as a CPO I want those employees to see I am one of them, where I am now, and to be inspired to know that one of the most senior executives can relate to their voice. Just as I can to the CEO. To understand and inspire people at all levels.”

Navarro says that she always keeps an eye out for driven individuals who she might be able to provide a chance for something bigger. They might be a manager, they might be in janitorial service, it doesn’t matter. She wants to inspire and be the kind of motivating force that her grandmother and great-grandmother were for her.

“You have to empower your people, to me the true measure of success will be the people’s lives I have touched and transformed,” Navarro explains. “I will take anyone with the drive and desire and groom them for success. My degrees, my JD, my title, or my role mean nothing if I’m not working to give people a chance to succeed­—to empower them to be the best version of them self.”

There are those who have managed to succeed in spite of great obstacles, and after achieving that success, do almost anything to forget their lives before. It’s understandable, but Navarro says it’s imperative to stay grounded in her own struggle, to remember that there are people with the same challenges that she can now impact for the better.

Giving back is what Navarro does now. She is constantly working to empower survivors of child abuse, human trafficking, and sexual abuse; the homeless; and those whose own experiences mirror Navarro’s earlier life. As a leader, she believes employees are a company’s greatest asset. For Navarro, it’s about making her team better as a result of her presence and empowerment and making sure that impact lasts in her absence.

More than anything, Navarro says, she hopes anyone who relates to her early life can believe that someday, they will also be able to relate to her current life. The cards may be stacked against you in a million different ways, but you can find a way to rise.

“Kelly’s contributions to the Boston HR Council, one of the largest HR & People Executive Communities in the country, have been amazing. Her thoughtfulness, ideas, and willingness to contribute have been such an important part of the continued growth of the BHRC.”

“Kelly Navarro is an amazing leader and visionary. Working with her on many strategic initiatives, she is able to leverage her business savvy side against her strong legal and compliance background. The result is always successful improvements for her organization and employees.”