How did you get your start in marketing?

I was originally a chemical engineer by trade, and in 1998 I came to the United States from Uruguay to do some work in software development. In 2003, my company In-Style Software was asked by one of the big four record labels to do some Web work. We ended up doing all of that label’s Web sites for US Hispanics and Latin America. 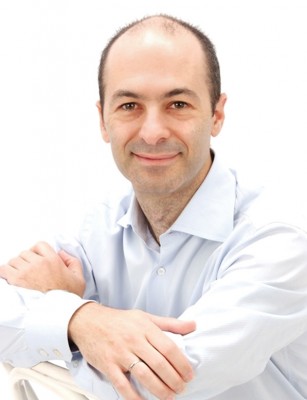 That got you into the entertainment industry and Hispanic segment, but how did you transition from Web site development into marketing?

MySpace came along, and I realized the record labels didn’t understand the marketing strategy of the Internet. I wanted to be more strategic, so I spun off my division at In-Style Software and co-founded InStyle Digital Marketing. My plan was simply to concentrate on what I knew and liked: digital strategy. But the name never felt right. We became InPulse Digital in 2010.

Is the focus on digital strategy what makes you unique?

Our methodology makes us different. By different, I mean that we start with strategy and go from there. We also create projects that are regional, not country-specific. Clients come to us because they need a plan that will work for Los Angeles, Puerto Rico, and Mexico, for example. We were originally based in St. Louis, but also in Montevideo, Uruguay, and we have a multinational team. Most people are surprised by that.

Take us through a typical campaign.

Rafa Marquez, a player on the Mexican soccer team, is a good example. In 2010 he moved to New York, and although he was well-known in Mexico, he didn’t have a following in America, nor did he have a good relationship with the press. Since 2012 we have been working with him on his social media to give him a direct connection to his fans and media. Today he has four million followers on Facebook and one million followers on Twitter. More importantly, though, he has numerous sponsors, from Samsung to Gillette. So, everybody wins as a result of our strategy: his fans see a picture of him shaving online and think of Gillette. That has a commercial impact.

What’s the key to success in your business?

We create the right kind of content to generate traffic. But, you can’t force a consumer to do something; you have to plug into what the consumer is already doing. As an example, E! Online Latino hired us to work the red carpet season in January and February. For E!, we plugged in a “mani-cam” that showed the manicures of celebrities. At the time, there was a big manicure trend in Latin America—women were looking for unique nail colors. So we created an app that allowed women to take photos of their nails, hashtag them, and send them to the E! Online Facebook, Twitter, and Instagram pages. We had a contest, and it was hugely successful.

How has the industry changed since you founded the business in 2010?

Every six months it changes. One way is technology; the tools available to you are constantly being upgraded and becoming more sophisticated. When we started doing social ads with Facebook in 2009, there was one type of advertising option; now there are about five. That’s five ways to engage with your audience, so you can market in a way that is very targeted and sophisticated. But before you can do that, you need the right strategy, and you need to know what works with what audience. The way people use technology has changed as well. Hispanics, for example, now overindex on the use of mobile but underindex on the use of e-commerce. You have to take those tendencies into account when you market to that community.

Six Keys to a Successful and Satisfying Career