To x or not to x? Laura Martinez’s latest Hisplaining column explores the concept and complexities of gender-neutral terms 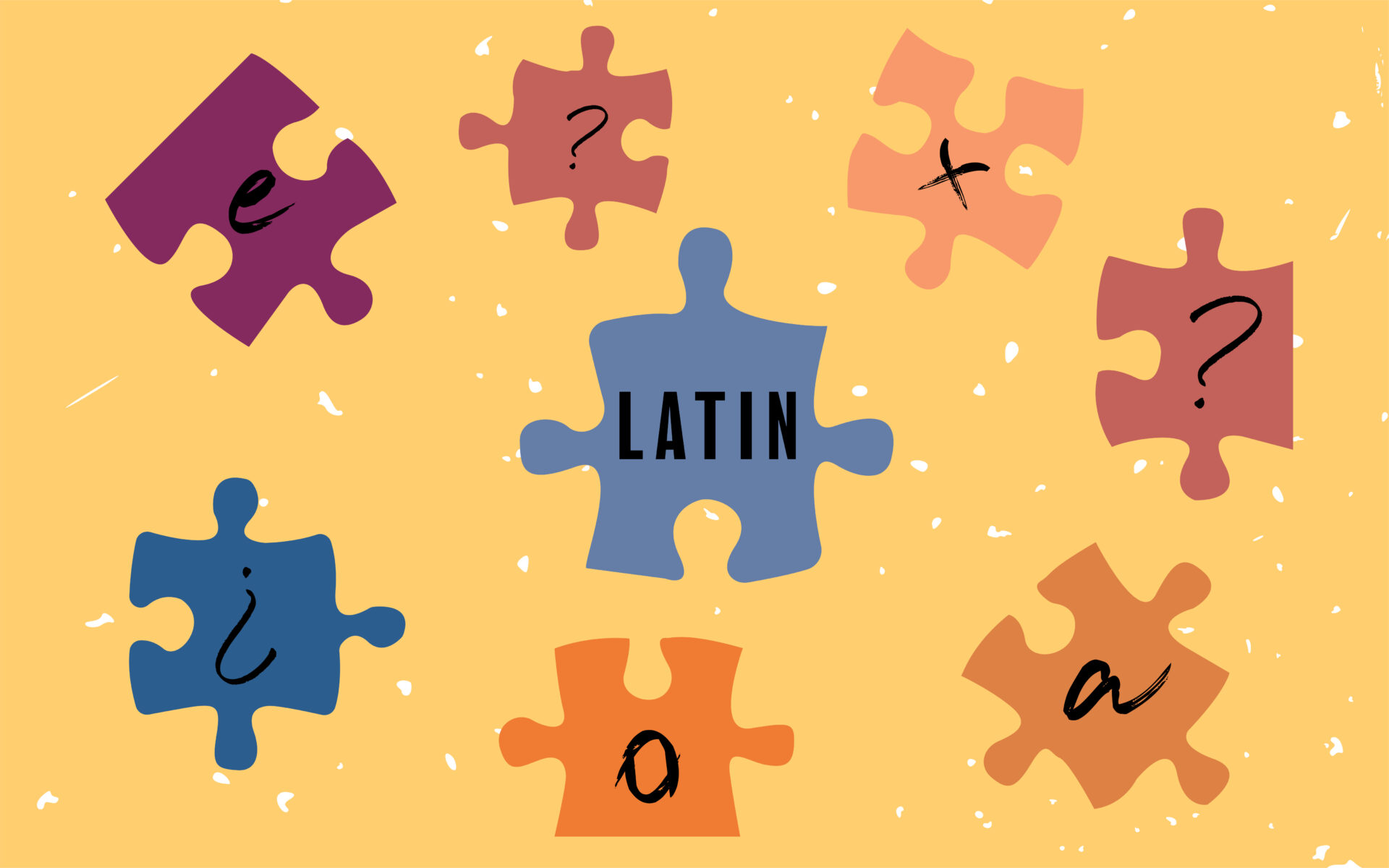 Well, my friends, the time has come for this columnist to go down a rabbit hole and try to address (i.e., Hisplain) the elephant in the room: the dreaded “Latinx” term, the one word that seems to arouse more passions than a beloved prime-time telenovela.

The subject is not exactly my idea of “fun” writing, but many of you have actually asked me to weigh in and shed a light on the fuss behind this little word. Why do Latinos seem to be divided over its use? Why have so many of us embraced it while others simply abhor it?

WARNING: Before you keep reading and/or prepare to throw the latest edition of the Royal Spanish Academy’s dictionary at this writer, please remember this column was conceived to be handled with a serious dose of humor.

With that said, let’s dive right in.

What Does “Latinx” Mean, Anyway?

For the uninitiated, “Latinx” is a gender-neutral term that is meant to be inclusive of people of Latin American descent who don’t identify as male or female—or who don’t want to be identified by their gender. And that’s because the word “Latino,” which is normally used to encompass all of us as a population or community, sounds . . . well, gender-biased? Male-biased? (Remember the whole Spanish-language gender headache?)

The term “Latinx” fixes that—or rather, tries to fix that—by breaking with Spanish’s gendered grammatical tradition and eliminating the gender altogether. “Latinx” is thus used to replace the label “Latino,” which some argue is unfair to women and excludes individuals who do not identify as male or female.

To put it simply: the x in “Latinx” signifies something unknown, and so it is used to connote unspecified gender.

As a bonus to many Latinos, Latinas, and Latinx out there, the term “Latinx” is also useful as a replacement for “Hispanic,” a moniker that is gender neutral but evokes Latin America’s colonial ties with Spain.

And “Latinx” isn’t the only option. In some Latin American countries, folks are using an e (“Latine”) instead of an x for a gender-neutral term.

I am not here to preach, nor tell you how you’re supposed to address my people, but for the sake of transparency, I must tell you I do not use “Latinx” in my daily life or my writing, nor do I identify myself as such. (Truth be told, I’m totally fine being called whatever—as long as you don’t call me before 8:00 a.m.)

Growing up many—many—years ago in Mexico City, I never really questioned the lack of inclusivity in my native language. When someone mentioned, say, “los pájaros” (the birds) I always assumed we were talking about all the birds: big birds, small birds, blue birds, yellow birds, ugly birds, pretty birds, male birds, female birds. Following that logic, I never thought it a problem when I moved to the US and fell into the category of “Latinos” (or, in my case, a “Latino woman”).

But that’s just me. Not everybody feels comfortable with “Latino,” “Latina,” or “Hispanic,” and that is why many (especially younger folks and people in the Latin LGBTQ+ communities) have readily embraced “Latinx.”

And you know what? I’m totally fine with it, even though I find it difficult to pronounce (especially when I try to say it in Spanish). If you speak English, the term sounds like luh-TEE-neks, while for a Spanish-dominant Latina like yours truly, it doesn’t quite roll off the tongue, so I’d have to go with something like Latin-equis or Latinks.

Should You Use it?

The term “Latinx” was nowhere to be found when I first moved to the US, but I’ve been here long enough to witness its rapid adoption by mainstream media and politicians. Yet, it is still not widely embraced.

A much cited—and scrutinized—Pew survey from 2020 found that while one in four Hispanics in the US have heard the term “Latinx,” only about 3 percent said they use it to describe themselves. Still, in a sign that the word is being more and more used, it was added to the Merriam-Webster dictionary in 2018.

My advice: If you are determined to go with “Latinx” to lump us all together, even the 97 percent of us who don’t identify as such, you would be well advised to use it properly and avoid the many faux pas that marketers and media folks have made in the past.

A 2020 poll from MSNBC went as far as to break down the presidential vote to include “Latinx Men” and “Latinx Women,” thereby defeating the entire purpose of the gender-neutral word. Others, just as confused, have gone to print with “womenx” or “menx” and other nonsensical variations that just make the whole thing even more confusing.

I’ve always been of the opinion that we should be mindful of people’s preferences and desires when it comes to self-identification. For example, I might be Mexican, but I prefer to be called . . . to go get tacos. But that’s beside the point. And that point is, if you ever find yourself in a situation in which you do not know how to address someone, do yourself a favor and use the term they use to describe themselves.

David de Leon Is Helping to Build a Better Wisconsin

Marissa Solis is Calling the Plays at the NFL