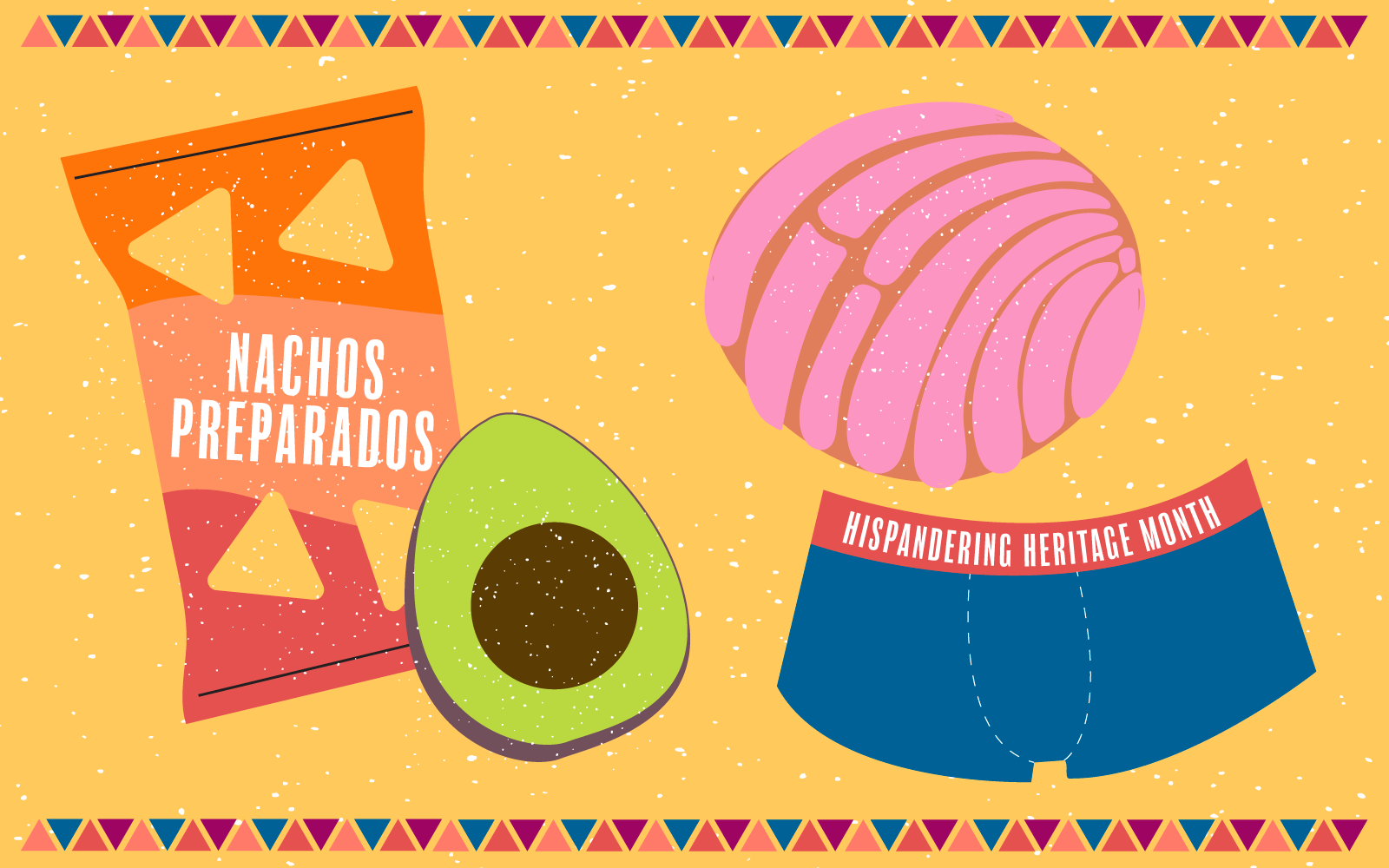 Thursday, September 15 marks the beginning of yet another Hispanic Heritage Month (HHM), a monthlong celebration that was created “to recognize the achievements and contributions of Hispanic American[s].”

As a long-time Hispanic (i.e., not Latinx) achiever and contributor to this country, I have seen my share of HHMs, and I’ve been here long enough to see the celebration evolve from a series of well-meaning artistic, literary, and advocacy events to yet another opportunity to peddle all kinds of stuff to my people, from “Latinx-authored books” to “culturally relevant” superheroes (the kind that carries tamales as they do their heroic thing).

This month is also—of course—the ideal occasion for politicians on both sides of the aisle to tell my people how much they love us and how much we mean to them and their respective parties and platforms. So much so, we might just as well call it “Hispandering Heritage Month.”

WARNING: Before you keep reading and/or go get a stick to bash this author like a celebratory piñata, please remember this column was conceived to be handled with a serious dose of humor.

First, A Bit of History

According to reputable sources (namely, Google and Wikipedia), Hispanic Heritage Month began in 1968 under President Lyndon B. Johnson as National Hispanic Heritage Week. Then, in 1988, during the Reagan presidency, the festivity was expanded to cover a thirty-day period, because . . . why limit your fiesta to one week when you can sip margaritas, bash piñatas, and shake maracas for a whole thirty days?

The history books also tell us that the bill to expand National Hispanic Heritage Week into Hispanic Heritage Month was put forward by Rep. Esteban Torres of California, a proud Hispanic who made his case through bill H.R. 3182, which noted that supporters of the legislation “want the American people to learn of our heritage.”

One last thing: Hispanic Heritage Month does not take place within a single month in the calendar. We celebrate HHM between September 15 and October 15 because several Latin American countries, including Costa Rica, El Salvador, Guatemala, Honduras, Nicaragua, Mexico, and Chile, celebrate their independence from Spain around those dates.

While I’m grateful that many non-Hispanics go out of their way to celebrate my “achievements and contributions” to this great nation, I find it equally hilarious how this celebration has been repurposed to market silly stuff to us—or worse, to send confusing messages that inevitably end up coming across as a faux pas.

That is why I decided to celebrate the fifty-fourth anniversary of this festivity by sharing my top five favorite faux pas HHM moments. (Note: these have been ranked by year, not by level of sloppiness.)

2022: DC Comics releases a series of special covers featuring some of their beloved superheroes doing “Latin things,” namely carrying bags of tamales, buying fried plantains, and eating something that vaguely resembles a taco. Because, yeah, apparently our heritage is reduced to our delicious food.

2021: UPS changes its Twitter header to a drawing of hands holding conchas, veladoras, and (maybe?) cups of atole to celebrate that year’s Hispanic Heritage Month, providing yet another reminder of how our culture is often boiled down to our foods and ornaments.

2020: A Walmart display celebrating HHM features an assortment of Cheetos, Doritos, and Mentos, because nothing says Hispanic heritage like junk food.

2012: Papi launches a line of HHM underwear because underwear is one area that has been “highly influenced by Latin culture.” Or so they said. The collection features “colorful” Euro briefs, Brazilian trunks, and muscle t-shirts, because . . . why just be sexy when you can be Latin sexy?

In all seriousness, it is my belief that brands and corporations should reconsider their impulse to do something (no matter how silly) every year to “celebrate” Hispanic Heritage Month. Unless you are the New York Yankees and can have Justice Sonia Sotomayor toss a ceremonial first pitch at your ball game, you might be better off just doing nothing.

Now, if you really—really—want to use the occasion to recognize the “achievements and contributions” of Hispanics in your organization, there’s a better approach: work towards improving those employees’ overall working conditions, including, say, better pay and more vacation time.

If that’s the route you want to take, I’d say, “Heck yeah!” Let’s make it a Hispanic Heritage Year—every year.