As head of quality assurance for IDEMIA and a leader for the national Latino community, Enna Jimenez has proven herself to be an icon 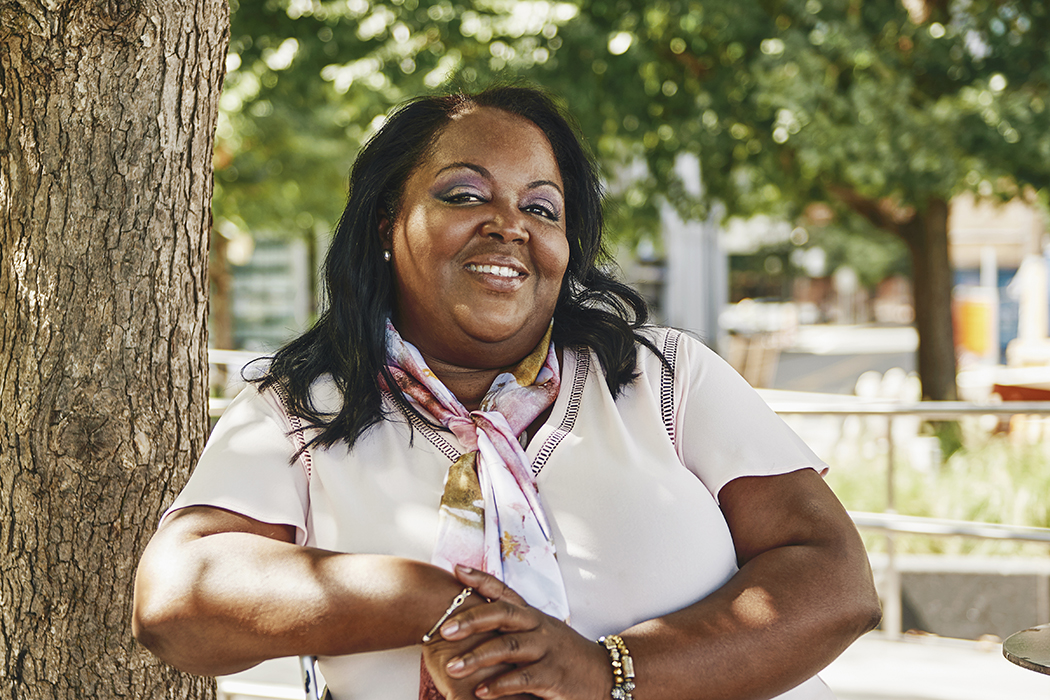 Throughout her almost thirty-year career in quality assurance (QA), Enna Jimenez has asked herself the same question: “What does quality mean?” The answer to that question varies slightly depending on whether you’re talking about financial services, education, or another sector altogether. But no matter what industry she’s in, Jimenez’s mission remains the same—to ensure that each and every team she is a part of is performing at the highest level of efficiency.

Jimenez is now deploying her QA experience at IDEMIA, where she is head of quality assurance and senior director of the civil identity business unit and leads a thirty person department. Jimenez landed at the organization after a former colleague of hers reached out about finding a head of QA for his department. “I’ve now been at IDEMIA for a year and half, and I am absolutely having a blast,” she enthuses. “I feel like everything that I have done in the past has prepared me for what I am doing here. I have a job building something that truly impacts every human being.”

IDEMIA’s work, according to Jimenez, centers on augmented identity. “We provide a trusted environment enabling citizens and consumers alike to perform daily critical activities,” she explains. Jimenez’s position focuses on identification in the form of driver’s licenses, both personal and commercial. “For me, this role is so important because I know how the quality of our software impacts the experience of everyone that goes through the registry of motor vehicles. Everything that we are doing falls back on the quality of these products,” she says.

As with every role Jimenez has had, she embraced this one with enthusiasm, drive, and energy. Rather than feeling intimidated by the enormity of this work, Jimenez feels empowered and excited by it, motivated by each challenge that comes along. “I’m looking at it from the position of, ‘How can I strengthen the team, empower them to have a voice, and think about how can we do things better?’” she says. “Over the years, I have been able to learn what works and what doesn’t when testing different applications, and now it is time to apply all of that here. ”

Jimenez has been able to apply her knowledge of ‘what works’ since her first days with the company, when she was asked to help lead IDEMIA through an agile transformation. “We looked at the projects delivered, the level of effort, and the quality of released software. We partnered with Agile Sparks trainer Yuval Yuret and led over two hundred engineers through certification, planning, and implementation of a version of SAFe methodology,” Jimenez says of the transformation effort. “This was a division-wide transformation, where the throughput and quality of engineering efforts increased tremendously.

“One pilot project took about four to five months to complete where previously it would have taken over twelve months,” she continues. “It took three months of focused planning and implementation, and it was a huge win. We continue to see the improvements as we mature through this process and implement SAFe [Safe Agile Framework] methodology across the organization.”

According to Jimenez, company-wide improvements are only possible if quality is embedded into every part of the software development lifecycle, beyond just the quality testing department. “[The team is] reflective of the company and our customers, so we need to be responsible for every aspect of quality to best represent IDEMIA as a whole,” she says.

To advance this mentality, Jimenez acts as both an influencer and a mentor. “To achieve best results, it’s important for me to start dialogues and work closely with everyone across the organization,” Jimenez explains. But this part of the job hardly feels like work for the head of quality assurance, since it so closely aligns with some of her personal passions. Outside of her role at IDEMIA, Jimenez has served for years as a senior member of community organizations such as ALPFA (Association of Latino Professionals For America).

“As an Afro-Latina woman in the tech space, I am often the ‘only minority in the room,’” Jimenez reflects. “I want to be able to mentor others, or give back and provide opportunities for people with my similar background to get where they want to be in their careers.” ALPFA’s mission, to empower and develop Latinx men and women as leaders of character, resonates deeply with her. “This organization gave me the tools to develop and navigate through some of the challenges I was experiencing in terms of diversity at work. I drank the Kool-Aid,” she says, laughing. “I became part of the ‘ALPFamilia,’ and it has been an amazing ride.”

Since joining ALPFA, Jimenez has had the opportunity to serve as president of the Boston chapter, which she led for three years. The second largest chapter in the country, the Boston ALPFA chapter comprises more than seven thousand members. As president, Jimenez fostered professional connections, enabled companies to recruit Latinx professionals, and helped organizations grow and develop their diversity and inclusion missions. More importantly, she has been able to serve as a leader, influencer, and strong voice for Latinx professionals and students both locally and nationally.

Jimenez’s efforts as the chapter president were recognized across the community: she was not only named as one of the top one hundred most influential Latino leaders in the state but was also appointed by Massuchusetts Governor Charlie Baker to serve on both the Latino Advisory Commission and the Commonwealth Corporation Board of Directors. “It has been super exciting to be able to work with leaders across all of Massachusetts, to make an impact and influence decisions important for Latinos,” Jimenez says.

Though she has accomplished a wealth of things already, Jimenez is still chasing new goals and opportunities. “I am trying to figure out what the next chapter for Enna is,” she admits. “I have been able to master both the subject matter that I work in and my personal passions for the past twenty-nine years, and now I am looking forward to what the next ten to fifteen years hold for me. I want to have a seat at the table making life-changing decisions that impact women, Latinos, and our students.”

What does quality mean? In this industry, in this community, the answer is clear: Enna Jimenez.