A renaissance man through and through, Daniel Pérez Umaña has emerged as a skilled business facilitator at BAC Credomatic 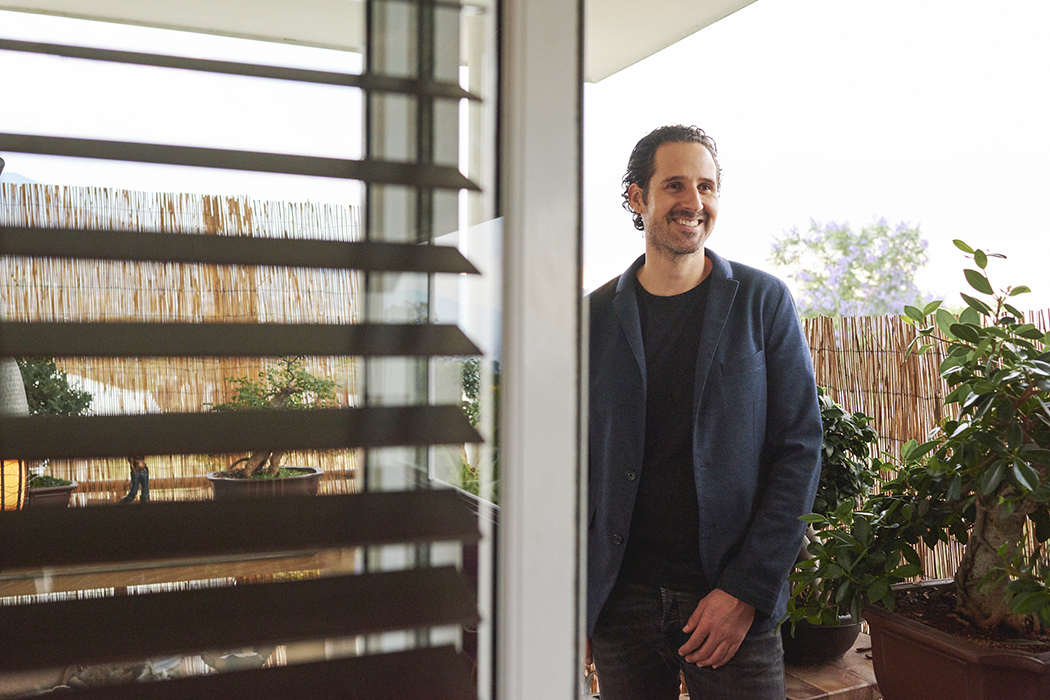 Daniel Pérez Umaña was a law firm partner at twenty-six. He was a chief legal officer (CLO) before the age of thirty. He has traveled through the Sacred Valley of the Incas with Q’ero shamans and reached the summit of Mount Aconcagua in Mendoza, Argentina, as well as that of Mount Kilimanjaro—a cakewalk in comparison to the former, Pérez Umaña says. He was admitted to law school at both Oxford and Harvard but also spent four years playing reggae and jazz for crowds of up to twenty thousand people. He’s lived three lifetimes while not even halfway through his first.

And yet Pérez Umaña cites his proudest accomplishment as the development of two of his direct reports at BAC Credomatic’s Regional Headquarters in Costa Rica. Each was accepted into one of the two aforementioned schools Pérez Umaña attended, and each returned from law school to resume work with their boss.

“They were students who were only halfway through law school in Costa Rica, and so I’ve had the opportunity to mentor them through their careers so far,” Pérez Umaña says. “I’ve been able to assemble this incredible team of well-prepared lawyers, and I’m so proud to have them here.”

Take Responsibility for Your Well-Being

As one might expect, a conversation with Pérez Umaña is anything but traditional. When asked about the scope of his role and the sheer level of responsibility required in his legal oversight, the CLO of the predominant credit card issuer and acquirer in Central America pauses. “This may not be the answer you’re looking for,” Pérez Umaña warns. “But I think taking responsibility for my own well-being is my first and most important responsibility. We live in an increasingly complex world, and so I believe working on mindfulness is even more critical.”

Pérez Umaña’s role requires him to be a trusted advisor to his CEO, his board, the C-suite, and the rest of his colleagues, and the he says that success in that job is simply not possible if he doesn’t feel in control of his time or his emotions. “Despite whatever is going on, you have to be fully present and engaged in both what you’re doing and why you’re doing it,” Pérez Umaña says. “There is a long list of qualities a good lawyer needs to have, but we can’t also be good managers if we’re overstressed or don’t have the proper health habits.”

Pérez Umaña was taught mindfulness from a young age by his father, the same person who taught him the cross-referencing and researching skills that wound up getting the boy occasionally cited in footnotes in his father’s legal research. “Mindfulness has had a clear impact on my problem-solving skills,” Pérez Umaña says. “It increases my creativity, maximizes my energy, and helps me be empathetic to the people that work with me.”

The CLO tries to take a solo trip once a year to practice meditation and realign with himself. “These types of things give you a lot of resilience to make hard professional decisions and keep your mind in the right place to be able to give your best at work.”

Today, BAC Credomatic is the largest financial group in Central America in terms of net portfolio, assets, deposits, and EBT. It is comprised of affiliates in eleven jurisdictions and over twenty-one thousand employees. Still, Pérez Umaña has had to carve out a role that didn’t previously exist. When he arrived, the company had just been acquired by a new owner, and Pérez Umaña was hired to be an overall advisor who could help standardize and unite a number of different companies and businesses under more than just a name.

In assuming leadership, Pérez Umaña says he’s kept one particular lesson in mind. “I had to do a lot of things by myself initially to prove my value to the leaders here and earn their trust and respect,” Pérez Umaña says. “Authority is not imposed; you need to earn it. And to have people that are motivated and happy to work for you, you need to find a way to be flexible.”

It’s not just legal or business affairs that Pérez Umaña has found a way to impact. He was able to convince his company that to attract and retain the best talent, some outside-the-box thinking was needed.

Susana Pichardo Knows the Secret to her Success

“I supported an initiative that helped convince the more conservative leaders in the company that it didn’t make a lot of sense to make people who are not in contact with clients come in to work in a suit and tie every day . . . even if they’re lawyers,” Pérez Umaña explains. “We’re talking about wanting to be competitive to millenials, and to attract the best talent, sometimes you need to get rid of old ideas.” He has also offered work-from-home opportunities for those on his team and has seen productivity grow dramatically.

In-House Counsel and Outside Exercise

In looking to create standards for his new position, Pérez Umaña went to the Association of Corporate Counsel (ACC). In doing so, he created a lasting bond that he is now looking to reimagine in his own region. “When I started, there was nothing like the ACC in Central America,” he explains. “So we decided to follow their footsteps.” The Asociación de Abogados de Empresa para Centroamérica (AAEC) is an emerging Central American community for in-house counsel inspired by the ACC with whom they’ve recently entered into a cooperation agreement. Pérez Umaña is currently vice president.

Pérez Umaña still has an incredible amount on his plate, not just at BAC Credomatic but in every aspect of his life.

He continues plans to expand his mind, his leadership, and his own well-being. He lives with his girlfriend and their two rescued cats, maintains bonsai trees in his home, went vegetarian last year, and follows the Japanese art of Shinrin-Yoku (or forest bathing), which focuses on spending time in nature to improve one’s health and humanity. Pérez Umaña has a clear commitment to connecting to the better parts of himself and leverages that spirit every day to lead with grace, humility, and—as always—mindfulness.