Unstoppable throughout her career, Hernandez-Blades applies her forward-thinking communications strategies to groundbreaking social good campaigns like the company’s My Special Aflac Duck initiative 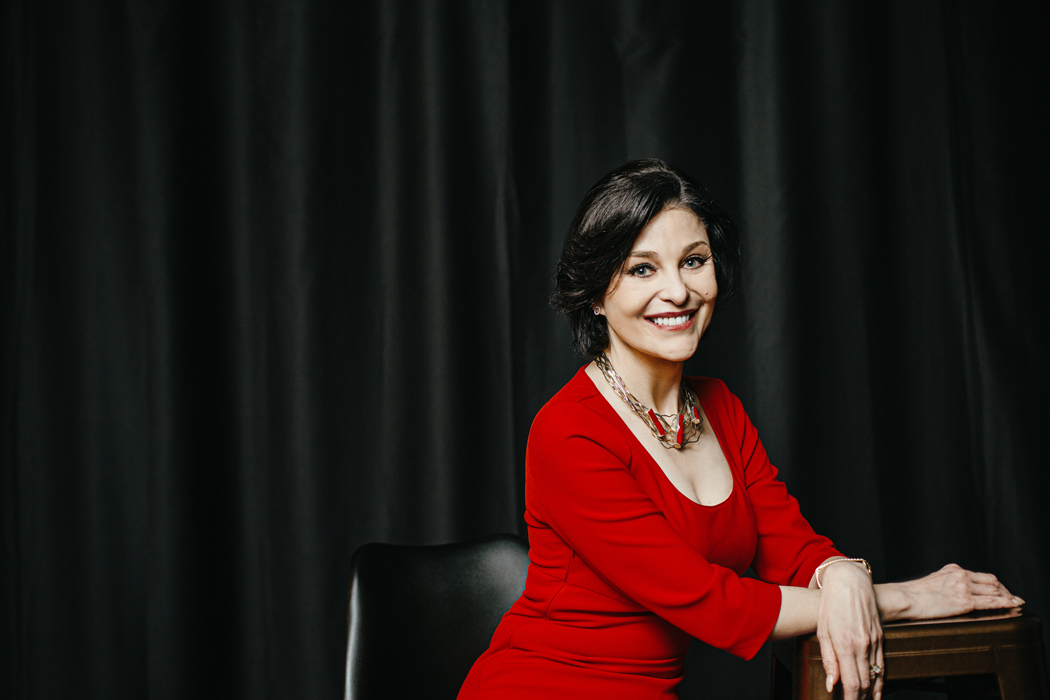 No one has been quite ready for Catherine Hernandez-Blades. When she was appointed executive director of the Louisiana Seafood Promotion and Marketing Board, she was the youngest director of a state agency since the Reconstruction. In the aerospace and defense companies she worked for, she was the youngest executive ever promoted to her positions. At Aflac, Hernandez-Blades’s leading-edge environmental, social, and governance (ESG) program has led to the invention of the award-winning social robot known as My Special Aflac Duck, which helps pediatric cancer patients in the US and Japan find comfort and joy in supporting their communication and treatment efforts.

“When I received the distinguished graduate award from my alma mater three years ago, someone told me that I’d come quite a way from the Louisiana swamp I grew up in,” the SVP says, laughing. “I love that deep down, I’m really that kid who grew up down at the bayou. When I was young, I never even realized that a career path in PR was an option. I just knew that I loved language and words and telling human interest stories.”

Some of Hernandez-Blades’s favorite stories have emerged from the company’s My Special Aflac Duck initiative, through which the company distributes toy-sized Aflac ducks to patients. But a special Aflac Duck is far from a mere plaything. It is an advanced, soothing companion to distressed children—and its actual heartbeat makes it that much closer to a living, breathing friend.

Selected as one of Time magazine’s 50 Best Inventions of 2018, My Special Aflac Duck is equipped with a variety of sensors (including tickle sensors) that enable it to play and snuggle as well as act out a child’s thoughts and feelings. “One of my favorite moments was when I was visiting Children’s National Medical Center with a reporter from the Washington Post and met a family with twin boys, one with leukemia and the other cancer-free,” says Hernandez-Blades. “The little boy with leukemia had been diagnosed before his second birthday, so he wasn’t verbal. His parents had had a great deal of difficulty explaining what was going on; the boys couldn’t understand why one of them had to stay in the hospital all the time and get poked with needles and undergo very difficult treatments while the other didn’t.

“That’s exactly what we’re doing with My Special Aflac Duck. We’re telling an authentic story filled with passionate people in order to change hearts and minds and drive behaviors.”

“The family showed us how it used the My Special Aflac Duck to explain to the boys what was going on. And something truly incredible happened! The boys showed us how they used it to communicate with each other. One brother asked the other why he didn’t want to play with him today. The child with cancer responded by holding up the green emoji to the duck’s chest, and then the duck acted out the feeling of being ill. Everyone speaks emoji, no matter what age,” recalls Hernandez-Blades.

“That’s exactly what we’re doing with My Special Aflac Duck,” she goes on to explain. “We’re telling an authentic story filled with passionate people in order to change hearts and minds and drive behaviors. Currently, of all of the US government funding earmarked for cancer treatment and research, only 4 percent goes toward pediatric cancer efforts. Four percent is not enough. This is not a moment, it’s a movement—and I’m proud of the role that Aflac and my team have played in this.”

According to Hernandez-Blades, the convergence of business opportunity and social impact makes the My Special Aflac Duck initiative a perfect example of the importance of ESG programs. “I like to compare these programs to Santa Claus,” chuckles the SVP. “Regardless of how you feel about it or whether you believe in it, you can’t deny the social or economic impact. You must be as transparent as possible and tell your company’s narrative in a way that everyone can understand the social and economic impact of the good you’re doing.

“One of my happiest moments was after my presentation at Cannes, where we won two Lions, when a gentleman from South America told me his company had seen media reports of our robotic duck,” Hernandez-Blades remembers. “He shared that they were so inspired that they were developing their own social robot for another cause, which is incredible, as Aflac doesn’t have a presence in South America. It was a secondary goal of the campaign. We could not have been more delighted.”

“Currently, of all of the US government funding earmarked for cancer treatment and research, only 4 percent goes toward pediatric cancer efforts. Four percent is not enough. This is not a moment, it’s a movement—and I’m proud of the role that Aflac and my team have played in this.”

As Hernandez-Blades sees it, telling those narratives is much more complicated than it used to be—at least, for those doing it right.

“Companies often engage in communications the same way they did five years ago, and they might as well be using hammers, chisels, and stone tablets,” Hernandez-Blades asserts. “The world has changed—consumer expectations have changed, the user experience has changed, and the pace of change is never going to slow down. Think about it. That can be scary. More importantly, it creates an enormous opportunity to create environments that provide experiences, drive engagement, and facilitate exchanges. Think of it as moving from the four P’s of marketing to the four E’s of marketing.”

The narrative that Hernandez-Blades has helped craft surrounding the My Special Aflac Duck initiative has unquestionably changed hearts and minds. After seeing its measurable influence on children across the nation as well as potential customers, Aflac has committed $3 million a year to the initiative—in perpetuity.

“Even though the entire My Special Aflac Duck media campaign has been completely earned, without any paid support, a Reputation Institute survey found that six months into the distribution of ducks, 15 percent of Americans had heard of the program and 100 percent of them were more likely to apply to purchase an Aflac product as a result,” explains Hernandez-Blades. “It’s just another example of doing good meaning good business. I hope those statistics inspire other companies to find their causes, their social purposes, and make a positive impact as well.”

For Hernandez-Blades, Aflac’s majority-women workplace is an inspiring but striking contrast to her previous experiences in male-dominated industries like seafood, aerospace, and defense.

“When I was coming up in my career, there was no one who looked like me,” Hernandez-Blades says. “I wanted to model behavior that demonstrated that I was competent, but I also didn’t want to sacrifice myself, or change who I was, to become one of the guys. I always wore heels, whether I was in the office or on an airboat or a seaplane.

“I did it because I like them and they are comfortable for me. While that may seem unconventional to some, I hope my efforts to bring my full self to the table at work have helped others to feel they can do the same. And over time, I have come to know that who I truly am is reflected in all the work I do at Aflac.”

At Leonardo DRS, Luz Martinez Stands at Attention and Delivers