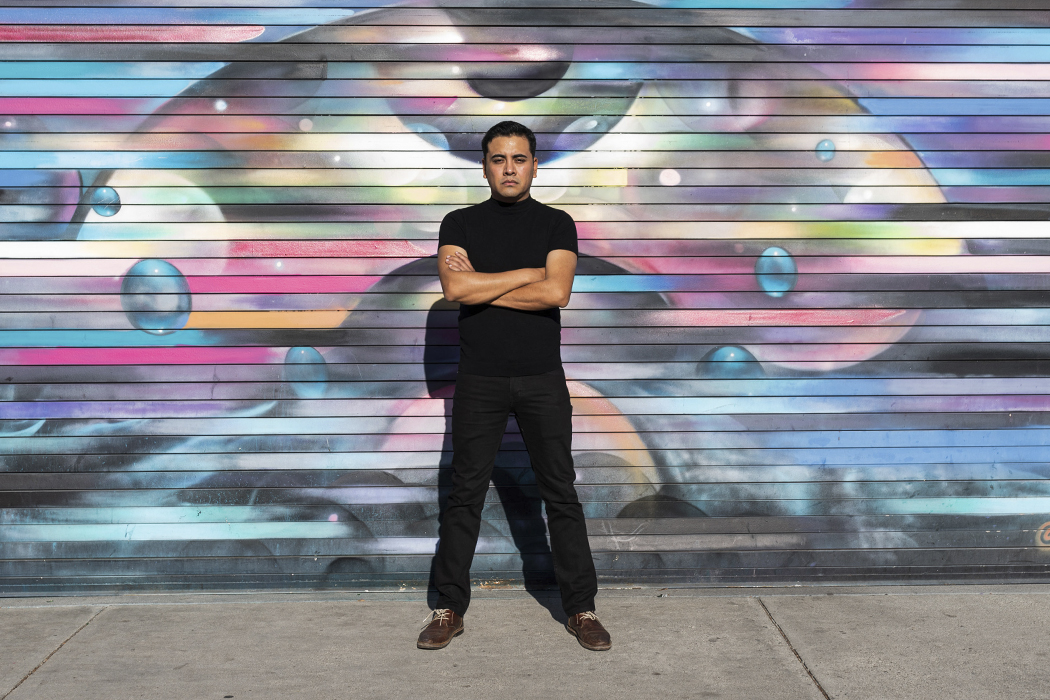 Armando Ibañez’s earliest memories growing up in Acapulco, Guerrero, Mexico, involve his love for the cinema. From Pedro Infante and María Félix movies to Casablanca, films gave him an escape from reality, allowing him to dream of a life where he could be himself.

However, as much as he wanted to identify with what he saw in television and film and believe that the color of his skin didn’t matter, both reminded him on a daily basis of the racism that existed in the world. “I soon realized that I did not look like everyone I saw on television. I never saw myself represented up there on those screens,” he says.

It didn’t help that the tourists who visited Acapulco, playing a large role in the economy of the resort city, were mostly white. “I grew up normalizing the fact that I had to look up to people with light skin, and thought less of myself because of my skin color,” he explains. “The system tells you that you are not beautiful, not valued, that you don’t deserve to be here.”

Ibañez always felt different growing up, recalling that when he was little he wanted to play with Barbies—something that wasn’t considered acceptable for boys in his community. He learned that in order to get by, he was going to have to “play the game” and hide who he was. Concealing his identity soon became his suit of armor.

At age eighteen, Ibañez moved to southern California in hopes of finding acceptance, but instead found a society that wasn’t much more open than the one he’d left behind in Mexico. “There is so much machismo. You can’t really be yourself. I spent most of my twenties trying to pass as a citizen and also a straight man, always lying to myself and without friendships,” he says.

Then one day, when Ibañez was thirty years old, he was watching the news and saw a group of LGBTQ+ undocumented activists. “They were unafraid, unapologetic, and I remember thinking, ‘I want to meet you and be friends with you,’” he says.

Ibañez became an activist himself, learning every day about a community that had been fighting hard to not be erased. It was through his newfound community that he learned terms such as “queer” and “transgender.”

When he speaks of his undocumented queer Latino community, his tone shifts and he becomes almost giddy. “Sometimes, even within our own queer community, you can find bad intentions, but not within our undocumented community. All you need is eye contact, and there’s an instant bond,” he explains.

Once Ibañez found his tribe, his passion for storytelling ignited and he pursued filmmaking at Cerritos Community College. He graduated with a degree in film and television production and was no longer living in the closet, either in terms of his sexuality or citizenship.

Around this time, a friend of his recommended a YouTube series from a then-unknown Black television creator named Issa Rae. The series, The Misadventures of Awkward Black Girl, was critically acclaimed and caught the attention of Ibañez during the summer of 2015.

Soon, another role model would inspire Ibañez as he was watching the Emmy Awards. When Viola Davis became the first African American to win an Emmy for Outstanding Lead Actress in a Drama Series, a line from her speech stuck with Ibañez and would eventually be the push he needed to, as he says, “throw myself into the fire.” Davis said, “You simply cannot win an Emmy for roles that aren’t there.”

Ibañez decided to write a series inspired by his own life, featuring an undocumented waiter in LA who is gay, messy, unsure of what he wants in life, and full of heart.

A year later, his series Undocumented Tales debuted on YouTube; it’s gone on to win awards, and for season three Ibañez secured a bigger budget after being awarded a grant from the Immigrants Rising Entrepreneurship Fund. Season four is currently in the works, with Ibañez once again wearing multiple hats, including writing, directing, producing, and acting in the series.

Ibañez formed his own production company in January 2020, and shows no signs of slowing down. “I’m dedicated to social change for communities that are underrepresented,” he says. As part of a campaign for the rights of undocumented immigrants, he recently directed a short film, Freedom for All, in collaboration with Lush Cosmetics.

Ibañez seems unstoppable and looks forward to taking on new projects and storytelling roles. He credits disruptors who came before him, like Issa Rae, and his personal hero and cinematic role model, Pedro Almodóvar. Ibañez, quickly becoming a disruptor himself, has no plans of stepping back into the box that society placed him in as he was growing up in Guerrero.

Moisés Zamora Is a Student of Stories