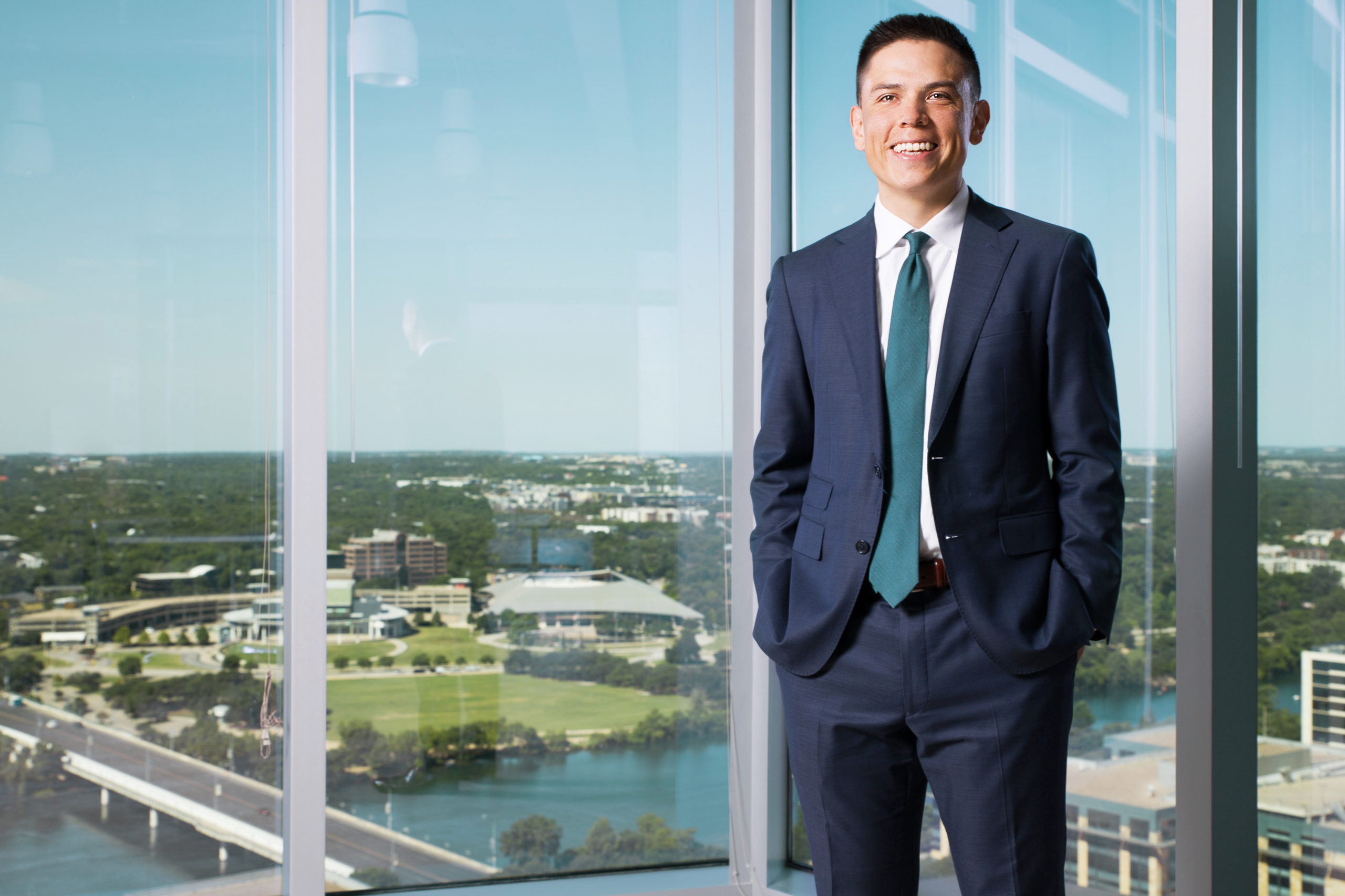 Conventional wisdom has it that small, isolated towns limit the educational and career opportunities of the children living there. Anthony Arguijo, a partner at the law firm Scott Douglass & McConnico LLP, has proved that notion wrong in so many ways.

According to Arguijo, spending his childhood in Whiteface, Texas—a small town of 450 in the western panhandle, located about 45 miles from the city of Lubbock—actually prepared him well for a career in law.

“I moved to Lubbock the day after I graduated high school,” says Arguijo, who attended Texas Tech University before obtaining his law degree from the University of Texas School of Law. “But growing up [in Whiteface] was great. With just twenty-six classmates, I was able to do a lot of things: I played football, basketball, ran track, and was a golfer.

“The school district was academically strong,” he continues, “and I liked it there. I married my high school girlfriend just a year after graduating.”

Partly inspired by his high school speech competitions, Arguijo had long thought of becoming a lawyer. But while he largely envisioned working in a big firm on contracts, his UT experience with moot court convinced Arguijo that his public speaking skills would make him a good litigator. After graduating from law school and passing the bar, he served as a briefing attorney and law clerk for judges on the Texas Supreme Court as well as the US Court of Appeals, joining his current firm two years out of law school.

As is not unusual in Texas, Arguijo’s work at Scott Douglass & McConnico is strongly focused on the oil and gas industries. Arguijo represents operators in the “upstream” sector of the industry, which involves activities related to exploring for, recovering, and producing minerals. Because these operations occur on land owned by others—and the royalties those owners receive can vary based on nuances in their leases and Texas law—it’s not unusual for landowners to question and challenge their compensation, Arguijo says.

These issues are further complicated by the boom-and-bust cycles characteristic of the oil industry—West Texas Intermediate crude oil prices have ranged from a high of more than $70/barrel in late 2018 to below $20/barrel in 2020. “When those prices drop and the checks get smaller, landowners start to look more closely at their contracts,” Arguijo says.

These are heady issues for a kid from West Texas, but Arguijo is more than equal to the task. And perhaps because he grew up in Whiteface, where he was the only Latino in most of his classes, Arguijo connects strongly with the need to promote diversity and inclusion within the legal field.

“Texas Latinos make up 40 percent of the state,” he points out. “But at best we represent only about 10 percent of the lawyers. Those numbers get even worse when you look at the number of diverse attorneys who are equity partners in law firms.”

To correct for that—and out of what is clearly a desire to give back—Arguijo involves himself within and outside the firm in diversity and inclusion (D&I) work. Arguijo serves on Scott Douglass & McConnico’s D&I Committee and has taken on leadership roles at local, state, and national levels with a focus on improving diversity in the legal profession.

According to Arguijo, that means more than simply increasing the number of diverse attorneys at law firms. “The job isn’t done by simply hiring a diverse lawyer,” he notes. “Law firms must invest in those lawyers and lift them up so that they can continue to advance in their careers.”

In fact, he says, Scott Douglass & McConnico’s investment in him as a young lawyer played a key role in shaping him into the attorney and leader that he is today. “When I came to this firm, my résumé was good—I had been managing editor of the law review, and I had great clerkships,” Arguijo says. “But I still showed up with a lot of insecurity and doubts as to whether I belonged. A law firm was a foreign environment for me, which is common for many diverse attorneys.

“That’s why it’s so important for leaders at firms to sponsor young diverse attorneys, make them feel valued, and help them continue to progress at their firm. That’s what inclusion is all about,” he continues. “I was fortunate enough to join a firm that shares my values on diversity and inclusion and always pushed me to grow, both as a lawyer and a leader. I had people who helped me get better at my work, and that took away my doubts. That should be the norm, and we at Scott Douglass & McConnico are dedicated to doing what we can to make that a reality.”

To Daniel Diaz, the Work Is the Reward