As general counsel at NiSource, Anne-Marie Wieland D’Angelo works to foster an environment of transparency and serve as a mentor to those around her 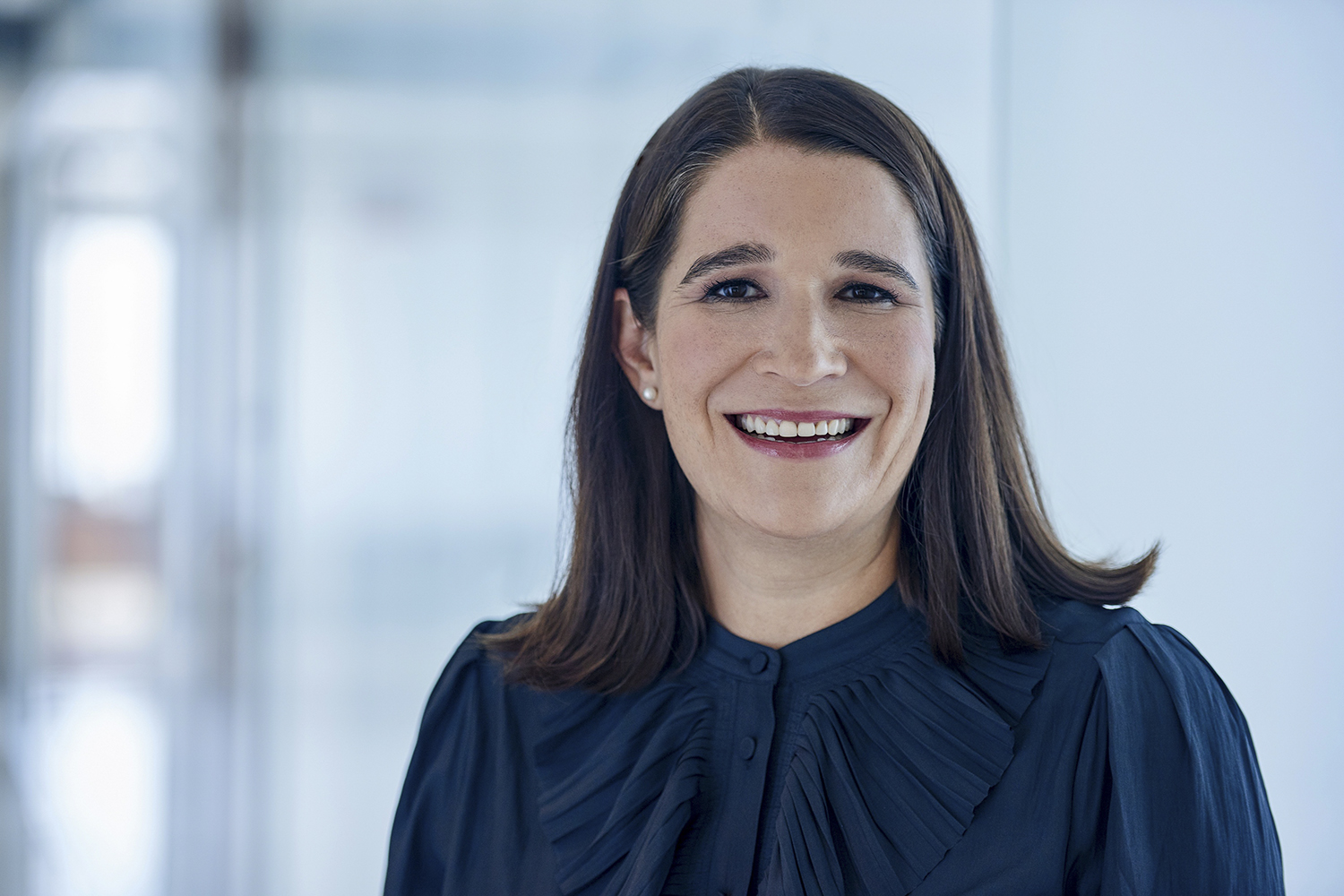 “The theme of my career has been hard work, taking risks, and being fortunate enough to meet good people who were willing to invest in me,” says Anne-Marie Wieland D’Angelo, executive vice president, general counsel, and corporate secretary at NiSource, a utilities company that provides gas and electric energy across six different states.

After graduating from Notre Dame Law School, D’Angelo got her start at Burke, Warren, MacKay & Serritella, a mid-sized Chicago law firm with corporate clients ranging in size from family-owned business to Fortune 500 corporations. “They were doing really interesting work, and the size of the firm allowed me to be substantively involved in sophisticated projects and get direct client contact at a very early stage in my career,” D’Angelo recalls.

During her time with the firm, D’Angelo was contacted about a position in the real estate practice group of McDonald’s legal department. Although she was happy with her practice at Burke Warren, she was intrigued by the thought of working for a multinational company like McDonald’s.

“McDonald’s had been a client of the firm, and there was an opportunity to join in the commercial real estate group, which was my area of expertise at Burke Warren. I also felt that, unlike a traditional law firm partnership track, I had the potential to take my career in a variety of different directions. So, I thought, ‘I want to give this a whirl,’” she explains.

“The theme of my career has been hard work, taking risks, and being fortunate enough to meet good people who were willing to invest in me.”

D’Angelo worked on commercial real estate at McDonald’s, but she was wary of the possibility of getting siloed in that role forever. Fortunately, she distinguished herself with some more experienced colleagues who had taken her under their wing when she started. “When I confided in them that I was thinking about going back to private practice because I felt stuck, they told me to throw my hat in for McDonald’s US general counsel team that they were forming at that time,” D’Angelo says. “They preferred people who had franchising experience—which I didn’t. So I thought I couldn’t do it. I remember one of my mentors counseling me, saying, ‘Don’t count yourself out—you’re young and you’ll learn.’”

The McDonald’s US general counsel team did end up hiring D’Angelo, and it was there that she cut her teeth acting as a “mini GC” for US business units. In her years with that team, she got exposure to many members of the company’s US leadership team, including through a project she spearheaded that would allow McDonald’s to test concepts and products in McDonald’s restaurants. One of those test concepts grew into the now famous McCafe section of McDonalds, and it gave D’Angelo an opportunity to work cross-functionally with members of the McDonald’s US leadership team and demonstrate leadership, strategic thinking, and business thought partnership.

Based on a nomination from another mentor, Gloria Santona, D’Angelo later participated in the Association of Corporate Counsel’s Next Generation of General Counsel program. The program sharpened her desire to take the next step in her career—a transition to a general counsel position leading the legal department of a publicly traded company. “I learned quickly that I would have to find someone willing to take a risk,” D’Angelo says, “someone willing to hire me as their general counsel without having any prior corporate governance or securities experience.”

Through her network, which she expanded through her participation in the Next Generation program, D’Angelo met the general counsel at Global Brass & Copper Holdings Inc. (GBC). He was retiring, and worked her into his succession plan. “I took a huge leap and left well-known McDonald’s to go to a small, publicly traded metals manufacturing company, where I was the only woman on the entire executive team and the only minority above a director level,” D’Angelo says.

“If you don’t bring your authentic self, people won’t buy it—they won’t trust you. Authenticity creates the culture of trust. You show vulnerability, and people will follow.”

D’Angelo went on to make a huge impact and secured the general counsel position just six months after her arrival. Then, after several acquisitions and only eighteen months in the general counsel seat, something unusual happened. “We were approached with an offer to sell GBC. Once again, I was in unchartered territory for myself, and I was doing something few general counsels have the opportunity to do,” the attorney says. “But, similar to other times in my career, it was about rolling up my sleeves and digging right in.’”

Today, at NiSource, D’Angelo leads a department of fifty-eight attorneys and legal professionals, and she strives to carry on the spirit of mentorship that benefited her throughout her career within her department. She strives to support and advocate for younger attorneys, particularly women. “I am very deliberate about making sure that they have opportunities to showcase and lead,” the GC says. “I have not hesitated to throw folks into the deep end of the pool on projects that they thought they were maybe not qualified to run, but I make sure I’ve got their back.”

D’Angelo’s leadership, both of her team and of NiSource’s legal strategy, has made quite an impression on her colleagues in the field. “An enduring hallmark of Anne-Marie’s career has been to serve as a true business partner to executive management and the board, with an uncanny ability to spot talent, enable change, and engender loyalty and trust,” says Kristofer Swanson, vice president and forensic services practice leader at Charles River Associates.

D’Angelo herself emphasizes that element of “trust,” stressing the importance of authenticity and transparency when it comes to building a team. She knows that mistakes are inevitable but works to make sure her team members feel comfortable enough to come to her with those mistakes. “If you don’t bring your authentic self, people won’t buy it—they won’t trust you,” D’Angelo explains. “Authenticity creates the culture of trust. You show vulnerability, and people will follow.”

Desiree Perez Is Leading Roc Nation and Changing the World

How Mauricio Romero Forged His Own Path

Freddy Jimenez Lifts Up the Next Generation