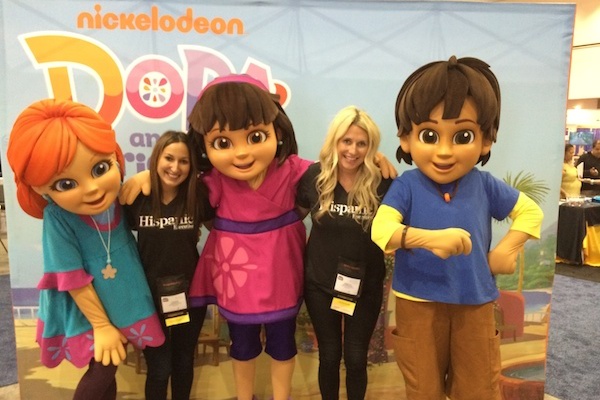 Hispanic Executive attended the 2014 NCLR Annual Conference in Los Angeles, one of the nation’s largest gatherings of influential individuals, organizations, institutions, and companies working with the Hispanic community. As an official media partner of the event, Hispanic Executive supplied copies of its July/Aug/Sept 2014 issue to all attendees, and Vianni Busquets and Krista Lane Horbenko occupied an event booth where they displayed the issue, answered questions, and raffled off a feature to be included in the next issue.

The conference ended with the 2014 NCLR Awards Gala Dinner, where former Hispanic Executive Top 10 Lideres cover star Eva Longoria was honored with the Raúl Yzaguirre Award for her activism and commitment to the Hispanic community.