John Quiñones is exactly where he was meant to be. As secretary and general counsel of the YMCA Retirement Fund, Quiñones has found the perfect place to merge his expertise in finance and dedication to community service. Originally founded in 1921, the YMCA Retirement Fund is a nonprofit 501(c)(3) corporation that provides retirement benefits for employees of the YMCA nationwide. The organization now manages assets of approximately $5 billion, easing the retirement worries of those employed in service to their communities, many in inner-city neighborhoods like the one in which Quiñones grew up. A former recipient of the prestigious Cornell Tradition scholarship, which requires concurrent community service in addition to undergraduate work, he discusses how the need to promote economic empowerment has propelled his life’s work.

as told to Kristina Anderson

As a child of working-class, Puerto Rican parents, I was inspired to do something that had never been done before in my family—go to college. Also, I was always a contrarian seeking to be different, so part of why I wanted to go to college was to prove it could be done.

My mentors were always my parents.
My parents worked hard to provide me with better opportunities. I learned from their example and they inspired me to believe that I had the potential to do anything. Their inspiration and the support of my family motivated me to graduate with honors from Cornell and New York University (NYU) School of Law.

Going to Cornell was a turning point in my life. At Cornell, I became motivated by my peers who were inspiring and hardworking. They brought out the best in me. I was fortunate to be amongst the first recipients of a scholarship from Cornell called the Cornell Tradition, which required community service. My commitment to community service led me to assume a leadership role in various student organizations, including the Latino student organization at Cornell and NYU School of Law, and has continued throughout my career. As a professional, I have had the privilege of serving on the boards of some important community organizations including LatinoJustice PRLDEF and Hostos Community College in the Bronx, New York, where I grew up. Cornell is an extraordinary and unique university that built on the hard work ethic instilled by my parents and provided me with the tools to succeed in my career.

At Cornell and later at NYU School of Law, I became interested in economic empowerment—especially as it affected working-class families— and decided to pursue a career where my interests in finance, economics, and community service could intersect. After law school, I first worked as a corporate associate for a law firm in New York where I had the opportunity to travel all over Latin America advising Latin American companies that were raising capital in the United States to build much-needed infrastructure and jobs in the region. I then spent 10 years as an attorney in the investments area of TIAA-CREF [Teachers Insurance and Annuity Association-College Retirement Equities Fund], a leading financial-services organization that helps individuals in the academic and medical fields save for retirement. After that, I became a partner at a large international law firm in New York City where I advised a number of financial institutions in connection with their investments. 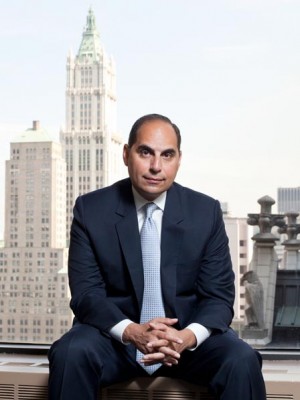 Finally, I found the job at the YMCA Retirement Fund. The YMCA Retirement Fund again provided me with the opportunity to bring together my interests in economic empowerment of working-class people, community service, and finance. Here, I could apply my abilities and interests to help serve a community of committed YMCA professionals who have dedicated their lives to serving others and making a difference in people’s lives. Growing up in the Bronx, the YMCA was one of the few places I could go to spend time in a positive manner and stay off the streets. It was my first exposure to organizations that serve the community.

The YMCA Retirement Fund is an independent 501(c)(3) not-for-profit corporation organized and operated for the purpose of providing retirement and other benefits for employees of the YMCA throughout the United States. Our mission is to empower YMCA employees to achieve economic security, resulting in loyalty to the YMCA movement. By prudently and wisely investing these employees’ retirement savings—the majority of whom are middle and working class— we enable them to continue serving their communities without concerns of providing for their retirement.

Working [here] has brought me full circle back to my roots and to the things I feel are really important. I’m able to bring my legal expertise, as well as my experience in finance and corporate benefits work, to benefit the community at large—not just in New York but across the nation.