“The Hispanic-American marketplace is one of the most fertile for social-media marketing opportunities. A vast, engaged audience of more than 50 million, accompanied by $1 trillion (yes, trillion) in annual buying power, is highly attuned and receptive to businesses communicating with, and marketing to, them via social media. According to a 2010 survey by my organization, the Public Relations Society of America, 36 percent of English-preferring Hispanics regularly use social networks, the highest of any nonwhite demographic in America.

This presents enormous opportunities to savvy business owners. The business benefits of social media are clear: more engaged customers, a better understanding of how consumer trends mirror and/or differ from market trends, and a heightened online and social-networking presence.

As the Internet moves from a commerce-based medium to what is referred to as the “social web,” businesses that aren’t actively engaged in social media will quickly be left behind. That’s because everything your company does, along with everything that former, current, or potential customers write, say, or tweet about your business online, is now instantly searchable. And
make no mistake that people are talking—all day, every day—about your company on Twitter, Facebook, Yelp and the like. Now is the time to
join that conversation.” 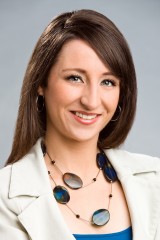 “An important thing to remember is that Hispanics consume media in English and Spanish. You want to make sure that you don’t simply translate English content into Spanish; it needs to also be culturally relevant in order for the message to make sense.  So, what is the right message?  The best type of [social-media] content provides value to the audience by providing incentives and resources—it doesn’t just try to sell. Facebook and Twitter are not platforms where you want to do a hard sell, but rather create a relationship with your audience where they want to buy and tell others to buy.”

“If a company is not ready to engage with customers quite yet, it is of utmost importance to their brand that they are at least using social-media listening tools. These tools let companies know what is being said about them (and their competition) on social-media platforms. Real-time insights can help steer marketing and positioning strategies as well as feed highly valuable information to your product development and public-relations team.” 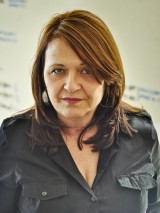 “Latinos are more connected than ever before. In the United States, Latinos are even more connected than other segments of the population through texting and chatting. Moreover, Hispanics, together with African Americans, are more prone than the general population to log on to the web through their phones (July 2010 Pew poll), in direct response to the racial digital divide of a few years back.

Today, most companies are spending their Hispanic social-media dollars in mobile marketing, because Latinos love their phones: 45 percent of Hispanic mobile users have smartphones, compared to 34 percent of the general market (as reported by Google in Four Truths About US Hispanic Consumers and confirmed by a 2011 Nielsen study). And let’s not forget videos, as 37 percent of Hispanics watch videos in the Internet compared to 31 percent of non-Hispanics.

Research conducted by Telemundo [revealed] that Hispanics were 1.5 times more likely than the general population to be active in social media, while Facebook, a Hispanic favorite, delivered 31.2 percent of all ad impressions in the first quarter of 2011.

No wonder, then, that mobile marketing and Internet videos are indexing higher among companies planning their Hispanic new-media activities, and dollars are being shifted from other multicultural resources to social media. ¡Bienvenidos todos al ciberespacio!”