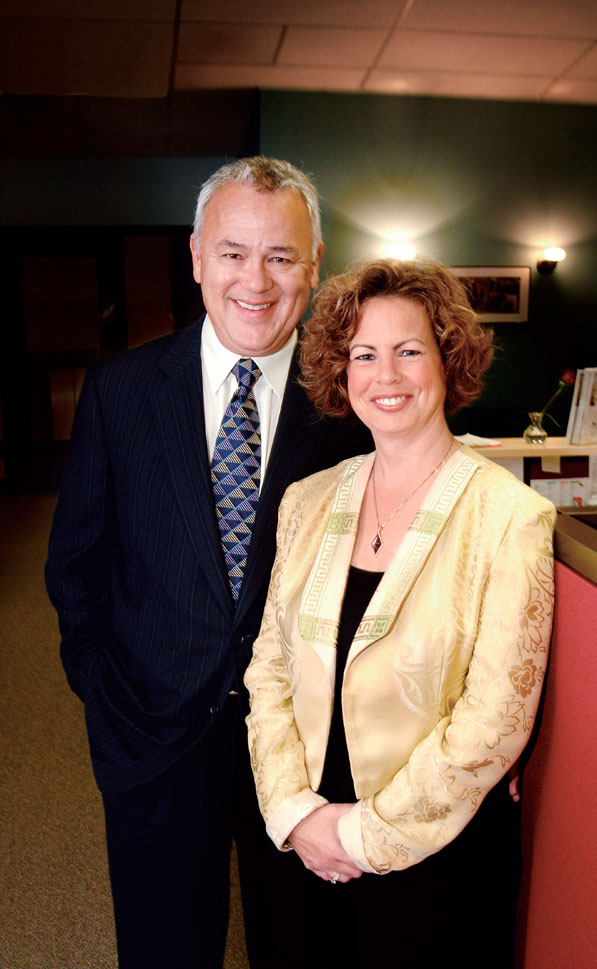 It’s typically difficult for start-up businesses to emerge when they are centered on new technologies—old-school financial institutions may view them as risky investments and deny loans, and clients may shy away, afraid of spending money on something not yet proven to be a sure thing.

In the face of such adversity, many people give up and retreat, instead deciding to pursue a safer business route—but not Adrian Velasquez. When he and his business partner Christine Krause set out to start their own Wauwatosa, Wisconsin-based financial-medical-management firm, Fi-Med Management, they introduced new technological systems to bring business acumen to health-care providers. They never gave up—even when it looked as though all the cards were stacked against them. “Adrian’s ideas were ahead of the industry,” Krause says. “When we moved into technology, banks wouldn’t lend us money. Everybody thought that we were crazy.”

Despite the negative reinforcement, the two worked on a shoestring budget for more than two years to get their business off the ground. They operated Fi-Med out of Krause’s basement, and she even took on gigs as a wedding singer to earn extra money on the side. “For the first year, nothing happened. The second year, we made a total of $5,000,” Velasquez says. “It really challenged us and forced us to examine how much we believed in our idea. And we persevered.”

Fi-Med has grown from that small operation into a top national firm with more than 100 employees, offering a diverse array of services for hospitals and physician groups, such as data analysis, business analytics and intelligence, automated audit-risk assessments, chart-reviews coding and billing. It has since received numerous awards, including the award for Business Growth in Wisconsin and the Congressional Award for Outstanding and Invaluable Service to the Community in 2006, and has received the INC 500/5000 Fastest Growing Privately Held Businesses in Health Care in the United States award for the past five years in a row. Velasquez and Krause were also honored with the Small Business Administration’s Small Business Persons of the Year Award in 2007. “It was quite an honor to go to our nation’s capitol to receive the award,” Velasquez says.

The company has built its reputation through personalized customer service and an innovative approach to the field. “Our niche is in data analytics and identifying hospitals’ and physicians’ risk for audit by federal and private-insurance companies. Once their audit and financial risk is identified, Fi-Med works with their compliance officer to improve their systems so it minimizes their risk,” Velasquez says. He adds, “We’re very responsive to our clients’ needs and work with them in a personal way to make sure their goals and objectives are accomplished.”

Seven years ago, Fi-Med created their own internal bank becoming an aggregator of deposits for their clients that assisted the physicians in reducing administrative costs. They also automated the charge and payment-posting process by extracting data from the paper documents and auto-posting. “It sped up our processes, which greatly improved the cash flow to our clients,”  Velasquez says. Krause adds, “We’ve also placed scanners in all of our physician offices so that they can digitize the work that they send to us using the Internet.”

The duo also devotes much of the company’s resources to giving back to their community. They are extremely involved within the Hispanic community in particular, even participating in the Latino Entrepreneurial Network’s annual Bilingual Entrepreneurship Summer Training (BEST) youth camp, a weeklong program that pairs bilingual youth from age 9 to 17 with local businesses to help familiarize them with the corporate world and realize their professional goals. “We’ve had students who have been in BEST come to work for us in an internship program so they can see exactly what’s involved and how to be a successful entrepreneur,” Velasquez says.