Post 9/11, Hugo Valverde of Valverde & Rowell reroutes his career, dedicating his practice to protecting this vulnerable sector of the population 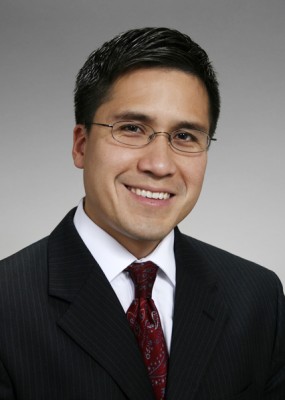 Hugo Valverde’s passion for immigration law stems from his own family’s immigration experience. Valverde’s father was politically active in Peru at a time when it was under military dictatorship. A wanted man, he fled, buying a plane ticket for the United States. A year later, his mother followed and Hugo Valverde was born in the United States. “The immigration laws were different at that time. It was easier to get a visa,” says Valverde. “They started out like many immigrants, cleaning buildings and working as a cook.”

Growing up in an immigrant family armed him with a very different experience than his peers. “In time, my family helped me understand from their perspective the anxiousness of being in a place that you don’t speak the language well and you don’t understand the customs,” he says. “There was fear and apprehension because they were the outsiders trying to make a living here. I was able to appreciate the challenges they faced.” He also valued the opportunities he was given and felt an obligation to share his fortune with others.

Law was a second career for Valverde. He was originally doing environmental policy work, but after 9/11 he felt the immigrant community was going to be in need of some legal help. Valverde says, “I sensed there was going to be something changing. I thought perhaps people would be looking at immigrants in a way that wasn’t necessarily fair.” He filled out the application, completed the prep tests, and enrolled at Regent University School of Law in 2002. He cofounded the law firm Valverde & Rowell, P.C., with a friend in 2006.

While his colleagues handle business law, employment law, civil litigation, and personal injury cases, Valverde concentrates on immigration law with some workers’ compensation cases. Helping someone obtain their citizenship, apply for a spouse’s residency, bring a child over from a home country, retain an employee by applying for the appropriate visa, or prepare a motion in the case of possible deportation are at the top of his project list.

Clients as well as the local Virginia Beach, Virgina, community benefit from his extensive knowledge of immigration law. “I frequently get asked to speak to groups about immigration law and if I can make it I will—I don’t turn down those opportunities,” Valverde says. 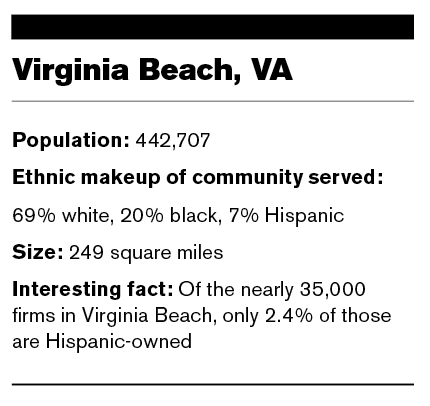 His community involvement includes accepting local speaking engagements, meeting with local congressmen to speak on immigration issues, teaching immigration law at Regent University School of Law, and running a legal clinic. “I have a local call-in radio show where people can call in and ask questions about immigration law,” adds Valverde.

“Right now, the biggest need I see for the Hispanic community is education,” says Valverde. He explains his primary focus is on what he can do to develop the youth—improve the graduation rate and increase the number of students that go to college.

Two years ago, Valverde began sponsoring several children from the Hispanic community to attend a soccer camp. He says, “I hope to help the kids develop a healthy lifestyle and to ease parents’ fear by integrating them into the community, which ultimately assists their children to succeed.”

Valverde sponsors scholarships for high school students; he has participated in the Hispanic Heroes program for the last four years. High school students are brought to the Virginia State University campus for a few days during the summer, introducing students to college life as Hispanic professionals from throughout the state speak and mingle with the teens. “I always come away impressed and inspired,” adds Valverde.

When asked why he gives back, Valverde explains he’s simply responding to his inner calling. “I believe I’ve been called to reach my potential and to share what I’ve been given with others,” he says. “I know the need is there. I have insight into what immigrants are going through and I feel I have to do what I can to help because it’s the right thing to do.”

A Banker with Global Business Etiquette

Coming out on top after a trial by fire in Japan