Although Arturo Barquet is living his American dream, the journey wasn’t an easy one. His parents left Cuba for Puerto Rico before he was born. Determined to make the most of the opportunity they made for him, Barquet, who had always wanted to work in movies, attended George Washington University, trading his Hollywood dreams for a safer accounting degree. 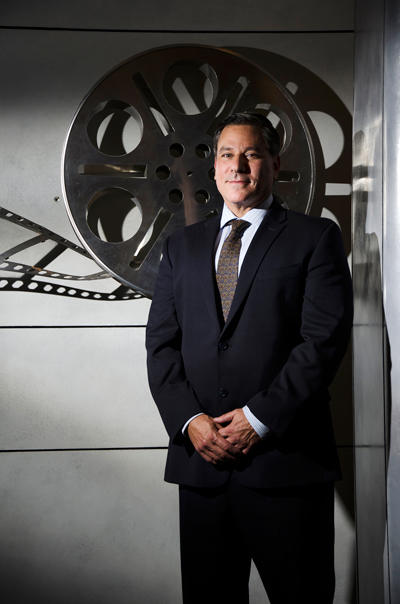 After graduating, he landed a job with a major accounting firm, but the young Barquet couldn’t forget the entertainment industry. He volunteered on indie films, ran errands, and got his foot in the door. He produced low-budget films, one of which ended up getting some attention from a major studio and eventually landed Barquet a job at Disney. Then, a script Barquet wrote about his parents’ experience won a major competition. He financed a short film, won some awards, and moved up to another job at a joint venture designed to help Universal Pictures enter the Latino market. Today, as Universal’s senior vice president and chief financial officer, he helps greenlight the studio’s billion-dollar blockbusters.

While it’s easy to glamorize the film industry’s stars, writers, directors, and producers, it takes hundreds of dedicated employees working in collaboration to get a movie from concept to completion. Barquet’s job is to manage the financial aspects of content creation for Universal’s worldwide properties including feature films, stage plays, animation, direct-to-video, and music.

In a typical day, he’ll design the corporate structure of Wicked foreign tours, negotiate fees and services with the local Spain producer on the next Bourne film, discuss with production and filmmakers about Jurassic World’s shooting schedule changes and their impact on the budget, and assess real-estate needs for a growing animation studio in Paris. “There’s a whole world built around each production,” he says. “Finance’s job is to set up the business structure so a production can operate efficiently anywhere we film in the world.”

Barquet knows just how hard it is to break into the business, so he launched the Universal Pictures Emerging Writers Fellowship in 2014. He and the selection committee chose five fellows out of more than 750 applicants. The fellowship, which is sanctioned by the Writers Guild of America, gives these rising stars a yearlong stipend and access to managers, agents, executives, and mentors, such as Chris Morgan, writer of the Fast and Furious franchise, and Will Packer, producer of Straight Outta Compton and Ride Along. “There’s nothing like it in the industry for feature films. It took me years to break in because I didn’t know what to do or how things worked. This program shortens the process dramatically,” he explains.

Barquet is also dedicated to increasing workforce diversity in entertainment. “We have to address the lack of a pipeline for Latinos in Hollywood,” he says. “If you hire someone who is not ready for the job, you set them up for failure. I don’t see a pipeline open for the diverse community.” He isn’t just talking about the next generation of actors, producers, or directors—he’s talking about the full range of production jobs from set designers, to costumers, to composers, to editors, to stuntmen, to finance. “Everyone wants to be an actor or director, but we need to get out there and show young people that there are hundreds of other jobs in the industry, and a wide array of opportunities waiting to be had,” Barquet says.  His goal is to launch a full apprenticeship program in 2016 or 2017 in partnership with all industry unions and film commissions.

Professionally, Barquet faces a variety of constantly changing challenges. He and his colleagues at Universal are addressing security in a digital world, and the studio must prepare for a global reality where one film is released in theaters and digital download on the same date worldwide. As Barquet operates, whether he’s making a decision with the studio’s president or talking to an up-and-coming Latino director, he constantly reminds himself that show business is still business. “I compare movies to food,” he says. “Latinos are not going to go to a restaurant just because it’s a Latino restaurant.  They want good food.  And if the food is good, Latinos and non-Latinos will go.”  The approach is working at Universal. In 2015, Jurassic World, Minions, and Furious 7 helped the studio shatter records on its way to the highest-grossing box office year ever.