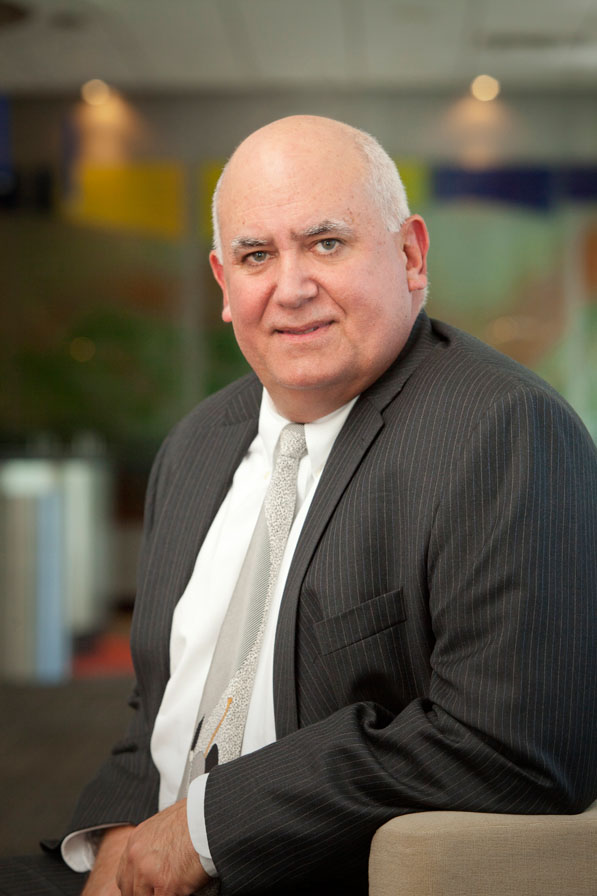 What makes you a líder in your professional and personal life?
In my professional life, I have led (and continue to lead) organizations that create world-changing products, from the first diaper that almost eliminated diaper rash by making babies’ skin dry and allowing them to sleep all night, to ultra-thin sanitary napkins that improved dramatically the lives of women around the world. The consumer-goods products my organizations have developed over the years improve the lives of almost four billion people every day. In my personal life, I have a passion for the advancement of Hispanics around the nation and fighting prejudice and misinformation.

What is your secret weapon in the business world?
The ability to anticipate what is going to happen and be very strategic about it. I can arrive at any situation and after understanding what is going on, formulate a strategic path forward that results in a better outcome, faster, and at lower cost. I have done this at work and my personal life repeatedly over the years with excellent results. It is something that comes natural to me.

If you could take back one thing in your career, what would it be and why?
As a young Hispanic in Anglo corporate America, I didn’t know what it was that I didn’t know in order to be successful. As a result, I was asked to leave my job for poor performance after the first few years even though I believed I was doing very well—a complete mismatch between my perception and my manager’s perception. I just did not know how different the Anglo business culture was from the Hispanic culture I grew up with. However, I decided not to leave when I was asked to, and lobbied hard for a second chance. Not only did I get the chance, after understanding the cultural differences, my career became extremely rewarding. My IQ did not change from one month to the other, but figuring out the operational differences between the Anglo and Hispanic work cultures allowed me to be as successful as I could. I wish someone had taught me this when I first started much the same way that we do now for Hispanic new hires. As a result of my (and others’) experiences, we now train Hispanics at work when they first start on these differences so they don’t go through what I went through.

What’s one thing people would be surprised to learn about you?
When I was in high school I considered the idea of becoming a priest. Almost did.

Yai Vargas Is a Champion for Self-Advocacy

How do you take your cafécito?
As we say in Puerto Rico, I take it Negrito Puya—black with no sugar or cream, just pure coffee flavor (I come from a family of coffee growers).