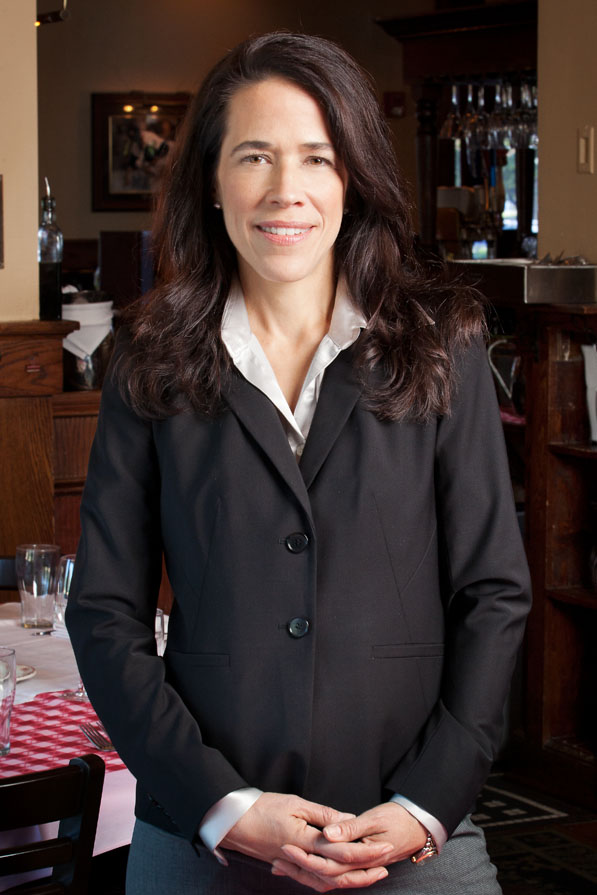 1982 to 1989: Dora Cortinas headed off to Florida International University confident she would become a pathologist, like her father, who emigrated from Cuba to Miami in 1961. But when she found herself stimulated most by her computer courses (and not exactly thrilled by her upper-level chemistry classes), Cortinas had a feeling a different path was calling her. “This was in the late 1980s, a big time for the computer industry,” she remembers. “I thought, ‘This is something I want to do.’ I didn’t necessarily want to be a programmer long term, so I thought about a path to managerial roles.”

Her senior year, she did an internship with the National Oceanic and Atmospheric Administration (NOAA), programming data visuals for hurricane and marine biology researchers. When she graduated in 1989, the association offered her a full-time job. Cortinas took the position, but soon, craved a faster-paced environment. She wanted an entry-level position at a consulting firm. After interviewing for a job at three major companies, she decided to hone her business skills at the University of Miami, where she earned a master’s degree in business administration.

1989 to 1997: Armed with her new degree, Cortinas was able to land a job as an entry-level consultant with Deloitte, Haskins & Sells. After she had been there for over a year, the firm merged and became Deloitte-Touche.  This meant that operations would be consolidated in Atlanta. “I was engaged at the time,” she says of the merger. “I had a wedding to plan, and didn’t want to be on the road all the time.”

She looked for local opportunities, and found The Systems Consulting Group, a 13-employee management-consulting firm that was started by four consulting managers from Arthur Anderson. Cortinas stayed there for eight years, moving up from her first entry-level position to director of the global financial budgeting and forecasting systems practice, traveling the world, and working with clients like Unilever and General Electric. But, by the time the firm had been bought out by Cambridge Technology Partners, Cortinas had already had her first child, and decided it was time to take a breather from the demanding travel requirements of the global consulting industry and seek a corporate-based role.

1998 to 2001: In 1998, Cortinas started as the director of corporate systems at Auto Nation, owned by a conglomerate, Republic Industries. Auto Nation owned car dealerships across the country. For three years, Cortinas reported to the CIO and was tapped to lead the implementation of Auto Nation’s first ERP system while building a payroll-processing team from the ground up.

Cortinas had just been promoted to vice president when Auto Nation’s CFO asked her to move to ANC Rental, also owned at the time by Republic Industries. Shortly thereafter the corporate headquarters relocated and Cortinas found herself commuting an hour and a half every day to Boca Raton from Miami. Determined to recalibrate her work-life balance, she decided to take a step back. “Sometimes, it’s about focusing on family,” she says. “We tell ourselves that our priorities are different now, but that we will take another step in the future. I took a step back to put my children first, but I did so with confidence, which was key to my future success later in my career.”

2001 to 2012: Cortinas started at Burger King in 2001 as director of the IT project management office. The title was a downward move, she says, but with three kids at home, the decision made sense. She soon became the senior director of corporate systems, and after several years in that role, moved into human-resources information systems, reporting to the head of HR.

When she was promoted to vice president of training in North America four years into her career at Burger King, her career had taken an unexpected turn—while most of her work had been technical before, she was now completely business oriented. For five years, she led a field team of 50, eventually becoming vice president of information management. After Burger King was sold to a private-equity firm, a global recruiter offered her the opportunity as the chief information officer at Dallas-based Brinker International, one of the world’s largest casual-dining companies with franchises such as Chili’s, Maggiano’s, and Macaroni Grills.

Today: It was a big decision, she says, to pack up her family and move to a new city for Brinker International.“I’ve never had to move for a career decision before,” she says. “But, I’ve found that the higher up you go, the less opportunities there are locally.” Besides, Cortinas has never been one to sit back and let things get old. While her career has taken many different turns, she’s found the most satisfaction out of evolving, staying constantly challenged, and ready for the next step.