On the hit reality TV show Project Runway, Nina Garcia, fashion director at Marie Claire, is known for her intimidating demeanor as she judges the clothing created by aspiring designers. Don’t believe everything you see on television, though. Off camera, Garcia is approachable and humble despite having an adoring fan base that rivals that of most supermodels and top designers. “I don’t consider myself very special or different than any other editor,” Garcia says. “I still have to do the work just like everybody else.”

Garcia grew up in Colombia with stylish parents. Her father was known for his old-fashioned look of crisp white linen, while her mother had a knack for selecting trendy clothing that flattered her curvaceous frame. Garcia, who holds a degree from the Fashion Institute of Technology, says she can’t remember a time in her life when she didn’t want to pursue a career in fashion.

Today, Garcia is responsible for covering the high-fashion markets of New York, Milan, Italy, and Paris and is the author of four best-selling books on style. When Garcia was approached to be a judge for Project Runway, which debuted in 2004, she hesitated to join the cast. “I had very little time to commit to the show,” Garcia recalls. “I was fashion director at Elle [at the time] so my plate was full. But, also I thought, ‘Do you think that somebody’s going to be interested in this show?’ I was very wrong. People were. Fashion was in fashion and fashion is still in fashion.”

Magazine Makeover
Working at top magazines like Elle and Marie Claire, Garcia made her mark on both publications, doing her best to improve them.“[Marie Claire] is a magazine that really cares about women’s issues around the world so I have always had great admiration for this book,” Garcia says. “Yes, it was fashion, but it was everything. It was the whole package.”

However, Garcia admits that the magazine had “lost its way a little bit” when she came on board three years ago. “It was very much considered more of a women’s magazine as opposed to a fashion magazine and it had this notion that everything had to be at a particular price,” Garcia explains. “The woman that buys Marie Claire is affluent enough that she can afford to spend, but she’s smart enough that she knows where to spend her money. I wanted to create a book for her that offered her all the alternatives and kind of did the shopping for her.”

Before Marie Claire, Garcia was fashion director at Elle and strove to return the magazine to its European roots. “When Elle first came to the States it was all about breaking the rules,” Garcia says. “It was so different and it was so colorful and it was just so European. Slowly, I think, it started to lose that precise thing that made it so special and tried to conform and be like other magazines.”

Garcia was convinced that Elle, which started in France, could embrace its European flair and still be a success in America. “While I was there, I really tried to go back to those original roots. I thought, ‘Why don’t we own that whole European look?’” 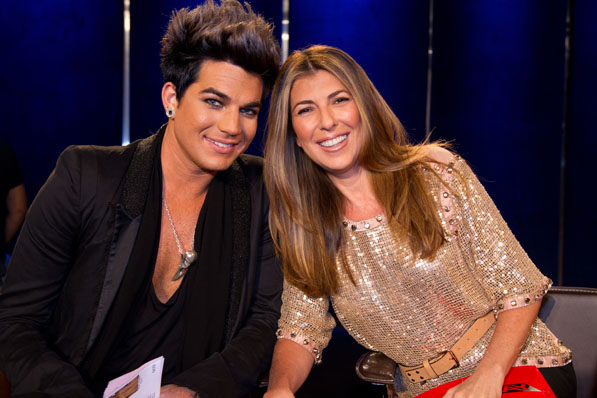 Latin Roots
Standing out from the crowd is exactly what Garcia did to make a name for herself early on in her fashion career. “I found a lot of strength in being a Latin person in this country when I was starting out,” she says. “I knew I was going to bring something different to the table because of my cultural background. I was very proud of that. I always felt [my cultural background] was a help in my career in fashion as opposed to a hindrance because so much of fashion is about seeing things differently, about different cultures, about that melting pot of ideas.”

Latinas looking to follow in her footsteps should take heed of her advice: “Own your heritage and own what you’re good at,” Garcia says. “It’s not about trying to be someone else; it’s about being authentic to who you are, and finding strength in what makes you special.”