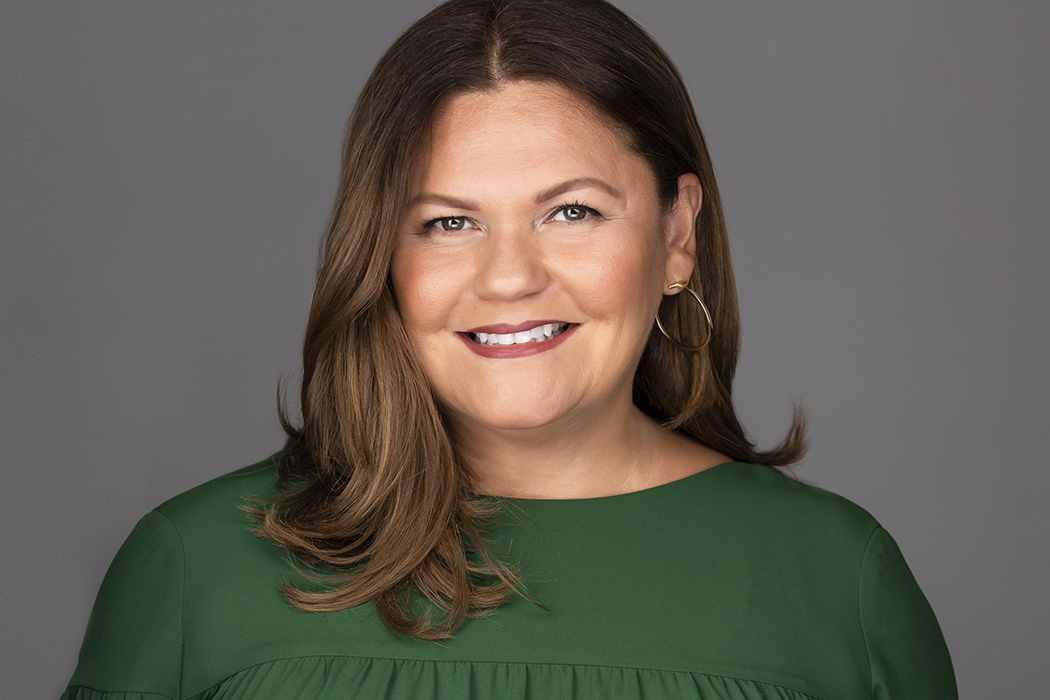 Roxanna Flores is the daughter of a seamstress and a doorman. It is their examples of work ethic, she believes, that not only instilled a strong work ethic in her but also helped her build up an ultra-diverse and decorated career in human resources, paving the way to her current role as senior vice president of HR for local media at media giant Univision.

At the age of nineteen, the Brooklyn, New York, native saw an advertisement for a temporary translator position in the New York Daily News, a Tribune Publishing property. As a budding journalism major, she jumped on the opportunity—and when Flores showed up for this position, she found that she was going to assist in translating interviews in preparation for a lockout of the truck drivers’ union and possible sympathy strikers.

“The energy and the massiveness of this event was beyond exciting to me,” Flores recalls. “This assignment was under the ‘personnel’ department, and at the time I had no idea what that was, but I fell in love with the idea of managing all aspects of the business through the lens of news and information.” Flores immersed herself in the work, and what started as a two-day translating assignment turned into an offer to stay with the the Daily News as a full-time HR personnel clerk.

“My life felt like a movie. I was just a little girl from Brooklyn that had an amazing opportunity,” she remembers with a laugh. But Flores’s success wasn’t just due to the opportunity itself—like her parents before her, Flores worked incredibly hard throughout her time with the paper. Working for the Daily News by day and attending college classes by night, her daily schedule was filled with nonstop activity.

“Then the most devastating thing happened. I was laid off, not once but twice,” she says. The Daily News was sold to Robert Maxwell of Macmillan Publishing, and though her first layoff did not last long—Macmillan brought her back on after the initial layoff—a series of wild circumstances, including a CEO lost at sea, left Flores jobless again.

Fortunately, Flores had collected a number of useful contacts while at the Daily News, and after a year she transitioned into a support role that led to her first managerial HR role at WPIX. “I got the opportunity to really flex my muscles there,” Flores says. “I learned so much about FCC [Federal Communications Commission] regulations, about unions, and about how to build something from the ground up.”

In addition to the service that Roxanna Flores provides every day as an HR leader, the volunteer work that she has been able to put in over the years for the nonprofit New York Cares plays a large part in her dedication to service at large.

“This city means everything to me, and as a born-and-raised New Yorker, I believe that I have an obligation to give back to the city,” Flores says. “My mother always said, ‘Charity begins at home,’ and with New York Cares you can help any time, anywhere. It’s really wonderful.”

Building on this formative role, Flores went on to work her way up to influential roles such as HR director, SVP, and chief people officer at companies like Dow Jones, Time Inc. (which was purchased by Meredith Corporation), and Fortune magazine.

“Before I really knew it, I had built a successful career in HR,” Flores says, laughing. But while things may have seemed like they moved quickly for Flores, she had garnered a wealth of experience within the HR industry—experience that uniquely prepared her for a role she had been dreaming of for years.

“I have always wanted to work for Univision,” the SVP says. “In my heart of hearts, I knew that I wanted to end up in Spanish language broadcasting, and I always dreamed of bringing my general market experience to a company that served the Hispanic community. If my life is a box, it now has a bow on it.”

Beyond fulfilling a lifelong career goal, Flores’s work at the television network is the perfect intersection of her two great passions: HR and journalism. “When done well, journalism is meant to challenge assumptions and shine a light into dark corners of our society,” Flores explains. “In the role that I am in today, we further dissect that by bringing meaning and focus to the Hispanic community.

“That’s what keeps me excited to be here,” she continues. “My role is to work directly with local media’s senior leadership to develop and direct HR initiatives that support the organization’s goals so that they can continue to serve that community.” Flores supports her clients and team in a number of ways, striving to ensure that they have the tools they need to thrive and that they receive due recognition for their efforts. “I want my team to know that I am genuine and want to best serve them,” she says.

Partner organizations have taken note of Flores’s dedication to her team. “Roxanna always treated employees as talent, even in transition,” says Lee Hecht Harrison Chief Operating Officer John Morgan, who worked with Flores on executive transitions while she was at Time Inc. “There was always a tremendous degree of respect and compassion.”

Flores’s service-centric approach to HR has established her as a valued leader at Univision, but her work ethic and determination to give back have also marked her as a leader within the broader Hispanic community.

“Someone took the time to mentor, develop, and open doors for me, as a Hispanic woman, and I believe that it is critical to send the elevator back down,” Flores says. “The interesting thing about the Hispanic community is that we are still ‘arriving.’ We are not coming into largely influential circles—some of us are crossing borders just to get here—and it is my responsibility to provide the perspective that we can make it. We have to work harder and fight harder to get to where we are, but we can make it.”

Board Directorships for Minorities Is Not a Zero Sum Game