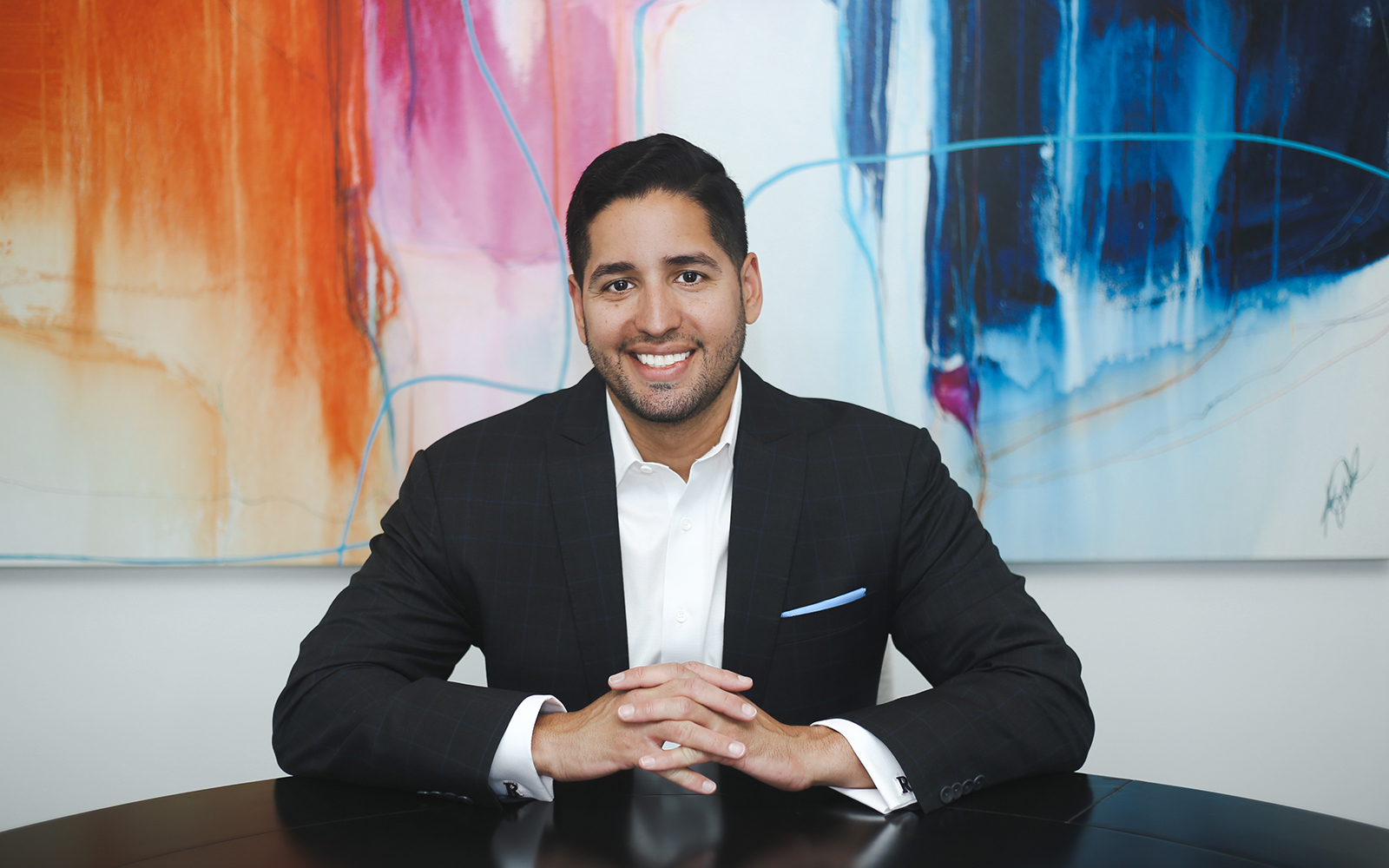 At the age of three, Raul Taveras and his family moved from his birthplace in the Dominican Republic to the United States, and spent the next five years here, becoming a US citizen and falling in love with the country. But at eight years old, he went back to the Dominican Republic and studied at a bilingual school.

“During my time in the Dominican, I always wanted to be a lawyer—I did debate at school and gravitated towards that, so in my later high school years, I looked at my options for making that happen.”

Taveras narrowed those down to two choices—coming back to the US to study or stay where he was and navigate the challenges. Because the laws in the Dominican Republic are very different than in the US, returning to America was his ultimate goal. Still, he chose the former to remain closer to his family.

When he finally left to come back to the US and began his job search, he started in New York City, but was overwhelmed. He moved to Boston, which he enjoyed much more. Within three weeks of being there, Taveras took an entry-level IT gig to help rollout desktops for a company in contract with a law firm.

That opportunity proved to be very fortuitous because suddenly, Taveras had his foot in the door in his dream industry: law. “The lead person couldn’t get the process going, and lucky enough for myself and the team, I was given the shot of trying it, and it worked,” he shares. “So, what was supposed to be a one-week job became a three-month job. At the end of that, the firm asked me to come on board, and it started off my legal technology career—combining my two passions.”

Within the first six months, the company promoted Taveras and he started training attorneys on different software. Over the course of the next decade, he was promoted numerous times, working on business analysis and project management until he was eventually recruited by the litigation group to manage its technology portfolio.

“That allowed me to really see the business of law a lot more than I did on the IT side,” he notes. “I was able to partner with attorneys and work on very meaningful projects, helping them with their day-to-day case work to make them more efficient.”

In 2017, General Motors came knocking. Taveras had been recommended by someone who had been at the firm, and he joined the company as a director of legal business systems, focusing on the technology portfolio for a legal department of almost three hundred attorneys and staff across the globe.

Given that the legal operations team at GM was fairly new, Taveras’ experience from his firm days was key to helping the department be named one of the most innovative legal departments in North America in 2019 according to the Financial Times. He’s now director of legal operations and information management, and he describes his job to those outside the business in two parts, with a 60/40 percent split.

“Sixty percent of my day is spent doing legal operations work, which is beyond the technology,” he says. “I also manage the team that does financial and outside counsel management for the legal department, as well as the communications aspect. The second part of my job involves the information management side, and it spans across the company. It’s a record retention division and my role there is to meet with leaders in different business units who have technology projects with data retention questions.”

Taveras is currently working on a couple of key projects, including rolling out a new workflow automation tool, which he believes will change the way attorneys do work. “It’s a hot industry topic, and I think we are on the leading edge with that,” he explains. “We already have over forty different use cases of particular workflows or processes identified and have documented that we will be engaging our practice areas. We have also identified an ROI on how this workflow automation tool will help each of them.”

Another project Taveras is rolling out soon is a contract analytics program, which will not only centralize contract locations, but more importantly, is a way for GM employees to analyze executed agreements and contracts and provide a risk profile based on metadata.

Taveras has a very diverse team and understands that everyone is at a different point in their careers and needs different support from him. He considers himself a great communicator and a savvy leader.

“I am very much a vision person,” he says. “I will always challenge whatever’s put in front of me and typically when something is presented to me, besides being a cheerleader for them, I’ll try to challenge and say, ‘What would this look like if you had no barriers? What would you do?’ Even if we can’t get to that ‘Holy Grail’ wish list item, it always lends itself to meet somewhere in the middle. We can always do a little better when we think beyond the normal constraints.”

Congratulations to Raul Taveras on your well-deserved recognition as a thought leader in legal information management at General Motors. Dataspace has been proud to provide data engineering and analytics staff to support your goal of building an automated legal workflow with a diverse and inclusive data team.