As a lawyer, a businessman, and a hospital administrator (not to mention a powerlifter), Rafael Villalobos is fully dedicated to helping Capital Health fulfill its mission in Trenton 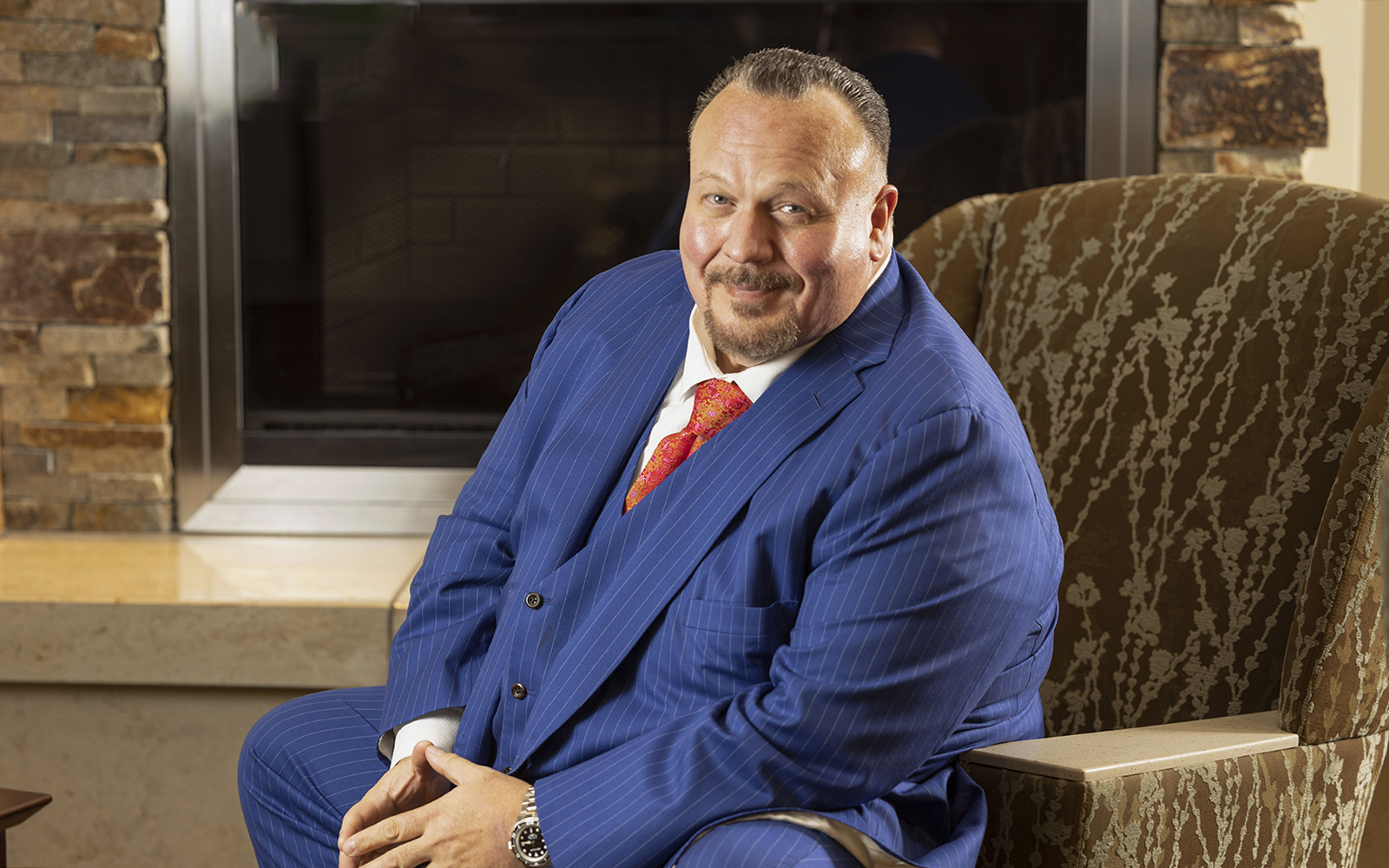 On September 16, 1984, millions of people watched as a Colombian drug dealer hopped onto a seaplane to escape from Crockett and Tubbs. The show, of course, was Miami Vice, and the action-packed premiere loaded with car bombs, DEA agents, and undercover criminals captured the attention of one high school student named Rafael Villalobos.

The next fall, Villalobos was taking general courses at American University and longing for an adventure of his own. He had considered a career in philosophy, but worried about potentially long, quiet days spent walking around in robes and sandals. When his roommate landed an internship at the US Attorney’s Office, Villalobos invited himself along. He interviewed agents about homicide investigations and talked to prosecutors about Jamaican drug posses, and as Villalobos left the federal courthouse, he decided to study the American justice system and continue on to law school.

Villalobos started his career at a risk management company and later got into medical malpractice defense. Along the way, he discovered an interest in bodybuilding, powerlifting, and strongman training. As he started working out more to increase his deadlift pull, the young professional realized he could also go through rigorous mental training to condition his mind for bigger things. He committed to both workout and study routines, entered private practice, took on medical malpractice cases, and eventually argued before the Pennsylvania Superior Court.

By 2005, Villalobos was defending the region’s largest hospitals and health systems in high-level catastrophic loss cases, and in 2006, he kicked off a decade as Aria Health System’s chief legal counsel. The man who once left philosophy for law school reinvented himself again—this time as a hospital administrator. Villalobos also earned an executive MBA with a concentration in healthcare, and in 2020, he joined Capital Health Systems as deputy general counsel of litigation and enterprise risk management.

The role offers Villalobos the unique chance to combine his interests and expertise in healthcare, risk management, business, and law. “Everything I do is designed to protect the house,” he says. “I am entirely focused on defending this institution to make sure this is a safe place for patients, employees, visitors, and family members.”

Capital Health’s mission is to improve the health and well-being of the populations its clinicians serve at Regional Medical Center in Trenton, Capital Health Medical Center in Hopewell, and at various outpatient and specialty care facilities across the region. Villalobos has launched numerous projects to support that mission, including an important workplace violence initiative built to address increasing incidents of threats and physical abuse directed towards care providers. Employees will receive mandatory de-escalation and “handle with care” training, and the comprehensive program will introduce signage, metal detectors, panic buttons, call boxes, and weapons amnesty boxes to numerous locations systemwide.

As deputy general counsel, Villalobos is responsible for litigation and enterprise risk management issues. He works closely with the hospital’s board of directors and senior executive team to assess risk and create strategies to address challenges related to the ongoing COVID-19 pandemic, labor shortage, supply chain problems, and other challenges. He also drafts internal policies and negotiates contracts. Villalobos likes the variety and enjoys finding new ways to contribute.

“There’s a huge value in having a general practitioner with expertise in the context of healthcare embedded in an actual hospital,” he explains. “We can all collaborate in deep ways and my team is no longer dependent upon legal advice from an outside advisor who parachutes in during a crisis, who has never worked in healthcare and doesn’t understand the culture or competing interests.”

When Villalobos was a litigator, he gained valuable experience in health law and professional liability cases, often advocating for hospitals and handling allegations of physician misconduct. Now, he’s drawing on lessons learned as a trial lawyer to help educate residents, nurses, administrators, and staff at Capital Health.

He once interviewed a plaintiff whose husband had a bad prognosis after a multi-organ transplant. When Villalobos asked for documents related to the patient’s care, her lawyer produced a small notebook with a page divided into two columns. Column A was a list of people she wanted to sue and column B was people she did not want to sue. Villalobos inquired about what got someone into column B and learned that it was reserved for doctors and administrators who had taken the time to show respect and empathy.

“We have to train doctors to go beyond the math and science when people’s lives are on the line,” Villalobos explains. “People come to Capital Health when they are injured or sick or scared, and we serve them well when we take the time to show that we really care about them as people.”

By imparting these lessons, Villalobos is doing his part to ensure Capital Health can continue to lead the way in research, care, quality, and safety—and the system is making headlines in all of those areas. For example, Dr. Navid Redjal, director of neurosurgical oncology at Capital Health’s Center for Neuro-Oncology, partnered with his counterparts in other systems to develop new guidelines for metastatic brain tumor treatment.

In February, Capital Health became one of just thirty-four organizations to receive the American Nurses Credentialing Center’s Magnet Recognition for the fifth time, and earlier this year, the organization announced plans to acquire St. Francis Medical Center. The move will help the nonprofit health care system extend high quality care to its urban and suburban communities.

Elliott Greenleaf PC congratulates Rafael Villalobos for his recognition as a true leader in the healthcare arena for Capital Health and his continuing professional advancement and successes, which inspire minorities in both the business and legal worlds. Elliott Greenleaf proudly continues to partner with Rafael and Capital Health.

“An experienced attorney and business executive with great skill and judgment, Rafael is a leader in healthcare administration and the law and has brought significant and lasting success to the organizations he’s served. Heathcare providers looking for insightful, effective advice and representation need look no further than the desk of Rafael Villalobos.”

NextGen Collective: Be Brave and Build Your Network