From Texas to Wall Street and back again: Vanessa Gomez LaGatta has proven herself indispensible at Quicksilver Resources' highest level

Most high school students spend Friday night at the movies or the shopping mall. Not Vanessa Gomez LaGatta. She worked. LaGatta spent long hours painting kids’ faces at the local South Texas Burger King. “My dad picked me up one night and told me my grandfather would be so proud,” she recalls. “The values my family instilled in me of hard work, then play, in that order, have been key to my success.” 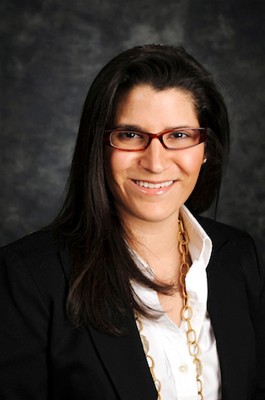 Those values drive LaGatta’s lifelong passion for excellence. “You need to have big dreams, you need fire in your belly, and you have to back it up with hard work,” she says. LaGatta moonlighted at a hedge fund while attending Texas Christian University. Upon graduation, she landed a job at Bank of America before a seasoned banker asked her to move to New York and work for Credit Suisse. She headed to the East Coast, where her responsibilities grew exponentially with each of her three promotions. Along the way, LaGatta had an epiphany that continues to define her career. “I realized that I have a unique skill set paired with a strong work ethic, which means I can add value, no matter the job or responsibility,” she says.

When the market turbulence during the economic crisis of 2008 slowed the banking world to a halt, LaGatta discovered she could add value outside of the financial services industry. She met with Quicksilver Resources, a Texas-based oil and gas company, to structure a $700 million second lien term loan for an acquisition. “I could see they needed someone with my in-depth capital markets and transaction execution experience,” she says, “so I showed them all the ways I could be helpful moving forward.” Quicksilver’s CFO asked her to join the company and LaGatta became an officer at the public company at age 32.

It has been four years since LaGatta returned to Texas to join Quicksilver, and her influence is plainly visible. Last summer, she engineered a $1.2 billion debt raise in what many financial experts call some of the most difficult debt markets of the last two decades. “Other companies pulled their deals and didn’t close, but we found a way to get a deal done and meet our objectives,” she says. LaGatta raised the money in three different debt markets and refinanced massive amounts of debt while modifying the terms of other debt to give Quicksilver financial flexibility. Now, her sights are set on cleaning up the corporate balance sheet and financing another major project. That project is in British Columbia’s Horn River Basin, where Quicksilver owns the leases to drill for natural gas. Since the basin is believed to hold more than seven times the company’s existing resource base, LaGatta is seeking partners to help Quicksilver harness the asset’s full potential.

Those late nights painting faces at Burger King may be a distant memory, but they have paid off. LaGatta is grateful to have the support of a loyal family—“I’m here because my husband and family supported and guided me all along the way,” she says— and still believes in the values of hard work, then play, she learned all those years ago.