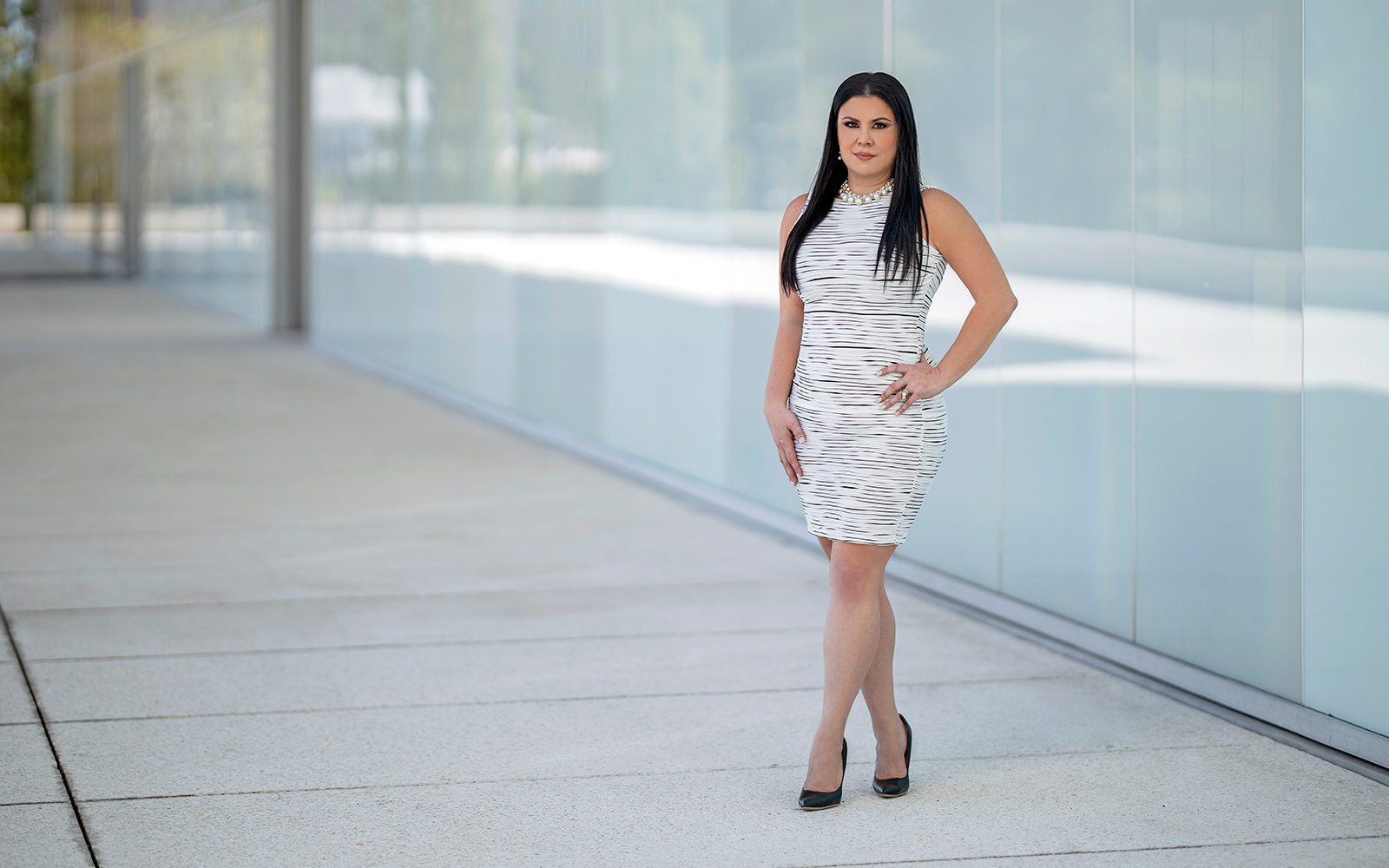 Patricia Salas Barnard is finally at the top. As general counsel and chief compliance officer at PlanSource, she’s leading the legal department at a high-growth benefits administration technology company with more than seven hundred employees.

Over 3,500 customers use the PlanSource platform to automate enrollment, billing, communications, and other components of benefits programs for more than five million consumers. Barnard oversees a dynamic team of professionals who work together in legal, compliance, regulatory, and contracting roles to help PlanSource achieve the company’s ambitious growth plan.

For Barnard, it’s a dream job, but the journey to the top of an in-house legal department  wasn’t always easy. It required patience, dedication, and grit. She had to learn to overcome obstacles, setbacks, and even sabotage. “There are people who say they want to help you flourish in your career, but strong and ambitious women can be seen as a threat,” she says. “I learned to believe in myself, persevere, and fight for what I want.”

Today, Barnard lives in Tampa, Florida, with her husband of twenty years and their two sons, aged seventeen and fifteen. The first-generation Cuban American was born and raised not too far away in Miami, where she watched her immigrant parents battle to unlock opportunities that were unavailable in their native country. While Barnard’s mother ran the household, her father worked for big Spanish-language publication companies. Although her father earned promotions and reached the management  level, certain barriers prevented him from taking on executive roles.

“I picked diverse individuals for my legal department to give people a chance to be seen and heard.”

“My father took his career far, and I am honoring him by going farther. My parents’ story and successes have led to mine,” Barnard says.

Her parents encouraged Barnard and her sister to get an education, and the siblings became the first in their family to complete college. Barnard graduated from Florida International University and St. Thomas University College of Law. While most of her peers entered law firms, Barnard choose to work at the intersection of law and business: she opted to go in-house with two professional employer organizations (PEOs) early in her career. Fortunately, she found a key mentor who showed her how in-house counsel can drive strategy, make meaningful contributions, and add value.

When Barnard joined PlanSource in 2011, she was the only lawyer in a company on the rise. She needed to act quickly and create the legal structures necessary for the fast-moving company to meet its long-term goals. In addition to managing the legal function, she developed a formal compliance program and hand-picked professionals to get her new department up and running.

Barnard’s department was specifically built to bring new perspectives and create opportunities for professionals who are often overlooked in the corporate world. “I picked diverse individuals for my legal department to give people a chance to be seen and heard,” explains Barnard, who says leaving Miami opened her eyes to the lack of diversity around her. Out of the six people  currently on her team, four are women and one is a member of the LGBTQ community.

Now, Barnard acts as a mentor to the women she leads and throughout the organization. This is especially important to her given her personal experiences. It was women, Barnard says—not men—who held back her advancement.

“Women are often only on your side until they feel threatened in the workplace,” she says. “I’m  dedicated to changing that and showing other women that we should be helping each other instead of only pretending help.”

As Barnard leads her department, she focuses on importing the lessons she learned early in her career to help PlanSource manage risk and close deals at the same time. Her team meets with leaders in sales, marketing, finance, operations, IT, and other areas to identify those leaders’ goals and find ways to help them succeed.

“Legal is not here to say no when we can figure out creative methods to enable what business leaders want to do so PlanSource continues creating the products and services our customers rely on,” she says.

That mentality permeates the entire department, which Barnard plans to grow to keep pace with the business. PlanSource hired 350 new team members and welcomed eight hundred new customers to its platform in 2020 alone. The company also introduced a new CEO and announced various major product updates in 2021 focused on AI/ML tools that reduce cost and increase efficiency for HR teams.

PlanSource is prepared, energized, and laser-focused on delivering a great experience for its customers and employees alike. And Barnard and her team have the legal and compliance framework in place to help the company thrive.