In Latin America, Mexico, and the Caribbean, light beer wasn’t really on the radar—that is, until Molson Coors International’s Maribel Viteri hit the scene

Maribel Viteri knew early on that she wanted to study business, but as the daughter of a famous Ecuadorian artist, she was also invested in the idea of having a creative career. Multicultural marketing seemed like the perfect blend of both. Now as Molson Coors International’s general manager Heineken license, Viteri has become a multicultural-marketing veteran. Here, the global marketing maven breaks down the insights she’s gained while marketing light beer in countries that were largely unfamiliar with it before she entered the picture.

Latin America
Marketing Coors Light in countries like Costa Rica, Honduras, and Paraguay has been an interesting challenge for Viteri because these markets aren’t accustomed to light beer. The best strategy has been the most straightforward: communicating what Coors Light is all about. “We have a different strategy in each country, but the key is really great communication,” Viteri says. “When light beer emerged it was a real game changer here in the United States, and now it’s an emerging category around the world. It’s cold, light, and refreshing and, as Latin America continues to evolve, I’m confident that Coors Light will be part of that evolution.”

Getting to know Maribel Viteri

After several manager-level marketing positions in the carbonated-soft-drinks industry in her native Ecuador, Maribel Viteri began her career in the United States at Schieffelin & Somerset and Diageo, where she led Hispanic strategies and marketing efforts for some of the company’s most recognizable brands, including Johnnie Walker. Viteri left the company in 2007 and has since worked exclusively in the male-dominated spirits industry, joining Molson Coors International as regional marketing director for Latin America, the Caribbean, and Mexico in 2011. “Most of the time, I’m the only woman sitting at the table and working for a beer company. I have to specialize in marketing to Hispanic males; my job is to understand Hispanic males,” Viteri says. “[But] I always tell the girls I mentor that if you’re confident, assertive, good at your job, and understand the product you’re selling, no one will care what your gender is.” Following her own mantra, Viteri was promoted to general manager Heineken license in January. 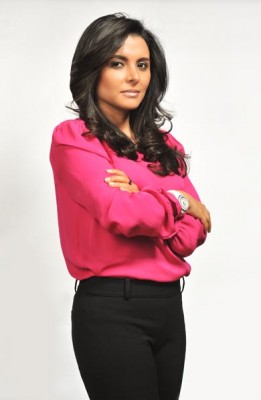 Mexico
Molson Coors is growing in each of its markets and Mexico is no different, with 200,000 hectoliters of Coors Light sold in the country. With 15 years in the industry, Viteri has picked up a lot of tricks, but it’s her innate understanding of the markets she works in that truly puts her on a different level. If her time in Mexico has taught her anything, it’s that she must readjust her approach wherever she goes. “Obviously, every person is different, so every country is like a new and different world,” Viteri says. “In the United States, there’s this tendency to group all Hispanics together and to try to market to Hispanics as if we’re all from the same place. Part of marketing your brand successfully isn’t just understanding your product, but truly understanding your consumer and their unique needs.”

In Mexico, Molson Coors is a premium brand that isn’t competing in the mainstream arena, but it’s growing by leaps and bounds. The brand is introducing two new stock-keeping units (SKUs) in a market that only had two and, keeping with her strategy of communicating what the brand is all about, Viteri is confident that Coors Light will soon become one of Mexico’s beloved beverages.

The Caribbean
On many of the 7,000 islands that form the Caribbean, Coors Light is the number-one brand—and this was a hard-won victory in such a volatile market. This area is hugely dependent on finicky tourism; it has a rocky economy; it’s prone to harsh weather conditions, like hurricanes (often adversely affecting its tourism and economy); and the competition is fierce, with many of the smaller islands sustained by local producers and businesses. But still, Molson Coors has succeeded where many have failed.

Viteri credits the company’s success in this market to simply putting in the time needed to make Coors Light’s presence known. “I spend three weeks a month traveling, and part of doing business successfully requires that you physically be there; that you’re present and making it known that you’re passionate about the product,” Viteri says. “What I like most about my job also happens to be what’s necessary for success: taking the time to understand local culture, to gain insights, and build relationships. Spending so much time in an airplane is tiring, but once you’re there things get very interesting.”

One of the Good Guys

Look, if I open the window and they’re not shooting at me, it’s a good day.