The New York Times calls her “the Voice of Hispanic America.” For most US Latinos, she needs no title. Maria Elena Salinas spent nearly thirty-seven years as an anchor and correspondent for Univision, her words and likeness wired into our homes and hearts. From shaping stories on everyday heroes to thoughtful interviews with heads of state, Salinas has covered every spectrum of society.

A year after stepping down from her post at Univision, Salinas reflects on her latest professional projects, political involvement, and most salient media moments in a recent interview following Hispanic Executive’s Leading Latinas x Art Basel event in Miami, presented by Northwestern Mutual.

You’ve noted that your life’s mission is to inform and empower Latinos. How did you find this mission?

When I started my TV career in the early ‘80s on Channel 34 in LA, there were only 14 million Latinos in country. The community had a thirst for information. So many were immigrants, and they didn’t know how to navigate this ‘adopted’ country. Since I covered politics heavily in the beginning, I realized that Latinos often were not engaged in the political scene; they felt disenfranchised. I felt they wouldn’t ever gain representation if they weren’t well informed, so I made it my mission to change that.

How do you continue to live out that mission after leaving Univision?

I’ve spent the past year taping my final season for “The Real Story,” and the rest of it doing civic engagement work—speaking to students at universities, giving speeches, participating on panels. I was always active in the community, but I was representing a company. Now I’m doing it on my own, so I have more freedom to speak my mind.

Which causes do you support? Have they evolved?

My passions are still the same: the Latino community, empowering women, and supporting Latino students and education.

I teamed up with Mi Familia Vota on a campaign to get Latinos to register and vote. The political empowerment of the Latino community is not something you do only around elections. Right now, the line between ‘us’ and ‘them’ seems to be widening. We can erase that line if we get people engaged.

Among other projects, I became involved with a company called She Works. It has a technology that allows companies to hire women to drive diversity on their staff and enables women to work remotely. I’m also on the board of the Hispanic Scholarship Fund and attend those events throughout the year. And I’ve continued to fund my scholarship for Latino students through the National Association of Hispanic Journalists.

Our recent Leading Latinas event in Miami seemed to be right up your alley. Any “a-ha” moments during the dinner?

It was awesome; there was a very diverse group of Latinas, and it felt like a community. The speech Eva Hughes gave about evolving her career was something I could relate to entirely. It reinforced the idea that you can reinvent yourself. Reinvention comes in many ways, and in our case, it’s after you’ve had a successful career.

“I’ve always followed this theory: Don’t be a conformist, and don’t allow yourself to be mediocre. I’m a workaholic. I’ve been working since I was fourteen, and I can’t stop even now.”

What was your process for deciding to part from your illustrious career at Univision?
There were so many factors—personal and professional—that led me to do this. I knew several years before that I was going to make the step one day. But as with any life-changing decision, I had to prepare mentally, emotionally, and financially.

I’ve always followed this theory: Don’t be a conformist, and don’t allow yourself to be mediocre. I try to do things to the best of my abilities, and I’ve wanted to grow in every job. I’m a workaholic. I must have OCD. I’ve been working since I was fourteen, and I can’t stop even now.

What was your first job, at only fourteen?

I worked in a clothing factory. I needed to help my parents pay the rent. We were poor, but I didn’t realize it. I’ve always been grateful to my mother for that.  She was a seamstress. We always wore nice clothes because she made them for us. I didn’t stop working a steady job until leaving Univision in 2017. 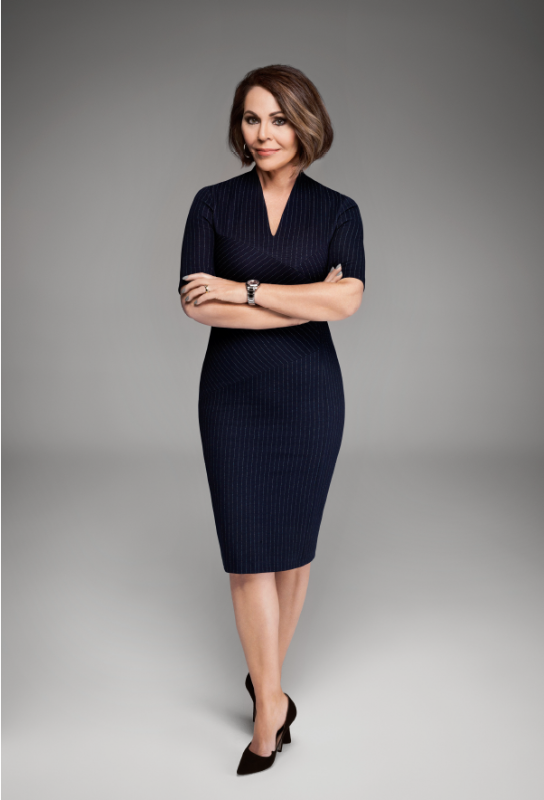 How has life on your own treated you? Any big surprises?

I want to work on projects that advance my interests. That gives me a lot of satisfaction. Some people say, “Don’t you miss being on the air? Don’t you feel like that’s how you contribute?” No, I don’t. I closed that chapter.  I’m ready to move onto a new one. I opened up a production company and I’m in the process of exploring all the different possibilities.

Across your trajectory, you’ve produced some amazing stories. Which was the most impactful, personally?

Throughout my career there were many stories that touched me. One thing I realized toward the end, what I liked more than anything else was long-form. To have an hour to tell the story is a real privilege.

One of my favorite specials was Latinación—my response to all the negativity against Latinos right after President Trump claimed that Mexicans were sending rapists and criminals to this country. Instead of fighting back and saying “you’re wrong” or calling out racism, we created a two-hour special highlighting all the contributions of Latinos. I interviewed incredible subjects who made me feel so proud to be a Latina. If I could only multiply that and do that all the time, I would.

“One of my favorite specials was Latinación—a two-hour special highlighting all the contributions of Latinos. I interviewed incredible subjects who made me feel so proud to be a Latina. If I could only multiply that and do that all the time, I would.”

Have you ever refused an interview or a story out of principle?

Absolutely. I did reach a point in my tenure where I could refuse to do something. There were many occasions in the newscast where I said, “This is not right, accurate, or worthy of our audience.” It’s an uphill battle, but I did it many times. Let’s just say that I was not a ‘yes man.’

You’ve said you’ve always struggled to strike a balanced life. What did you mean by that?

Work and family balance was tough for me. One of the most difficult things was being a mom and a professional. I’ve always wanted to make sure that I gave my daughters the best quality time, because I couldn’t give them the quantity. My job required me to travel, and that made me feel guilty. I was a mom 100 percent when I was with them and then fully dedicated to my work when I was on the job.

When they were younger, it was hard; they wanted me to stay home. When they got older, a few times I took them on assignments, to journalism conferences, and to events. When I would receive awards, I would invite them to join me to hear why I was being honored. I thought they would get the message that their mom was doing something meaningful.

Which recognition, great or small, has been the most meaningful for you?

In my home office, I have ten Emmys, a Walter Cronkite award, a Peabody, two Gracie awards, and recognitions from several Latino organizations. I’ve been inducted into the Hall of Fame of the National Association of Broadcasters and the Broadcasting & Cable Hall of Fame, I’ve earned seven lifetime achievement awards, and a lifetime achievement Emmy. (I joke that when you get one lifetime award, it’s an honor; when you get two or three, it’s a message.)

The day that I announced that I was leaving Univision, in August 2017, I went home and stayed up reading my social media messages until 3 a.m., crying. I was shocked and surprised by the comments. People were being very kind and expressing how they felt about me, how I had accompanied them in their lives for so many years.

I suppose that accolades from the audience about what my work means to them is one of the best awards. Being off the air for more than a year, it’s an honor that people still remember me and respect my work.