As Latin writer Publilius Syrus commented in the first century BC, “Anyone can hold the helm when the sea is calm.”

Diamonds are chunks of coal that succeeded under extreme pressure. As leaders, we are always under pressure. The challenges we leaders tackle with our skills and virtue put our mettle to the test—and the COVID-19 pandemic is as challenging as it gets.

In the United States, where the economy has ground to a near standstill, the damage caused by the pandemic is extensive. The US federal intervention tally currently stands at about $7 trillion, half of which the government is borrowing (i.e., printing) this quarter. At the height of our last crisis in 2008, we were losing eight hundred thousand jobs a month. In the last seven weeks, over thirty million people have filed for jobless claims.

This damage is especially significant for the majority of the country’s sixty million Latinos. As leaders, we are critical to getting our economic engine firing on all cylinders again. The Latino contribution to our GDP nears $2 trillion, so this is as much a macroeconomic issue as it is a community issue. The combination is daunting.

If you are a black or brown leader and exert influence over people, capital, and society, your actions now will be critical to ensuring that our communities do not fall into despair and give up the ground they have so desperately fought for all these years. You are critical to leading your organizations and communities back to health. But calling that effort “difficult” is an understatement.

Starting Out From Behind

Even before COVID-19 hit, a full 40 percent of American households did not have more than $400 in savings according to the Federal Reserve. The net worth of the average Hispanic household was marked at 23 percent that of a household belonging to the general population, and the median income for a Hispanic household noted at less than two-thirds that of the average American household. Latinas are in even tougher positions, as they earn just over 50 cents to every dollar that men earn.

On top of this, the CDC reports that about 20 percent of Latinos under the age of sixty-five are uninsured—and according to Latino Decisions, seven out of ten Hispanic households have said the outbreak is a major threat to their finances.

And it is in these kinds of lower- and lower-middle income households that over half of today’s Hispanic business owners were raised in. Now, their hard-fought advances are at risk of evaporating in a matter of months.

A Business World in Crisis

Your leadership in these unprecedented times is more important than ever. The truth of this is irrefutable, especially if you are a Hispanic C-suite executive at a Fortune 1000 company or if you’re an asset manager, entrepreneur, board member, or policymaker. You’ve earned those positions the hard way—but “hard” is now being redefined given the epochal nature of the task at hand.

In a recent JP Morgan Chase report, it was stated that businesses located in black and Hispanic communities are less likely to have the cash available to survive COVID-19. In fact, most businesses were reported to have less than a month’s worth of cushion—one third were found to be entirely unprofitable, and almost half had two weeks or less of cash liquidity. Moreover, about 60 percent of Latino-owned businesses do not apply for financing or seek credit and are, by consequence, structurally underfinanced. This reality is due to lack of accessible wealth and risk-taking resources, exacerbating capital access challenges.

Despite all this, only about 3 percent of the $350 billion comprising the small business relief funds from the Paycheck Protection Program (PPP), released in the first tranche of the CARES Act, went to minority-owned businesses. “Dismal” is putting it nicely.

One bright spot, according to the Stanford Latino Entrepreneurship Initiative (SLEI) is that in the 2010s, the number of Latino businesses grew by 34 percent. All other groups grew at just 1 percent. This is encouraging news, but that ground may be completely lost over the course of this pandemic. In March 2020, SLEI conducted a survey of more than two hundred Latino-owned businesses with over $1 million in revenue. What they found was not surprising, with 86 percent of those businesses reporting negative impacts from the pandemic and subsequent lockdowns. The truth is that Hispanic business owners are less likely to benefit from crisis support programs like the PPP, and, sadly, this aligns with pre-crisis realities.

We Can’t Sit This Out

Half of the country is employed by small businesses: they create two out of three net new jobs in our economy. In other words, small businesses are everyone’s business, and collectively they are big business.

As it stands, practically every sector of our economy is in simultaneous upheaval, and the survival mode we are in both handicaps our abilities andunderscores the importance of that economy. It’s like spraining your ankle thirty minutes before the biggest race in your life and not having the luxury of sitting it out.

Crises such as the COVID-19 pandemic are mercilessly difficult, but they are also when leadership is the most critical. I have worn many hats throughout my career—principal investor at Fenway Summer, Bridgewater Associates, and Global Emerging Markets (GEM); cofounder and first CEO of Air America Media; operating executive at Abbott Laboratories; strategy consultant at both McKinsey & Company and Booz Allen & Hamilton; associate administrator and chief of investment and innovation at the Small Business Administration, in which role I oversaw tens of billions in capital; board member for a panoply of organizations. And it is my experience that in every field of endeavor, leadership boils down to three things: empathy, listening, and empowerment.

Slow Down to Speed Up

To effectively practice empathy, listening, and empowerment, leaders must slow down to speed up. This seems like a paradox, but—especially in the midst of disruption that one cannot control—stepping on the gas to deal with chaos isn’t always the answer. It magnifies difficulty, increases complexity, consumes energy, and may not help solve the challenges at hand. Shifting the car into a lower gear for a moment enables us to absorb, think, and act more deliberately.

I will leave you with some takeaways I have gleaned from Hollywood—yep, Hollywood. Four of my favorite movies are ultimately about leadership in difficult and chaotic times: Braveheart, Apollo 13, Schindler’s List, and Shawshank Redemption. They respectively teach us to never compromise our values, that things never follow a plan, that horrific events create better versions of ourselves, and that small acts lead to hope.

Javier Saade is the founder and managing partner of Impact Master Holdings and venture partner at Fenway Summer Ventures. He is chairman of the board of a Rothschild- and Presidio-owned financial services firm and serves on the Board of Trustees for both The Nature Conservancy and The Organization of American States’ Pan American Development Foundation. Javier also holds seats on the Global Board of Advisors of DocuSign, the Corporate Social Responsibility Board of Univision, and the Board of Advisors of Harvard University’s Arthur Rock Center for Entrepreneurship. He is a founding member of Fast Company’s Impact Council and a member of the National Association of Corporate Directors (NACD) and the Latino Corporate Directors Association (LCDA). 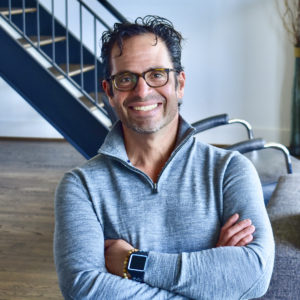