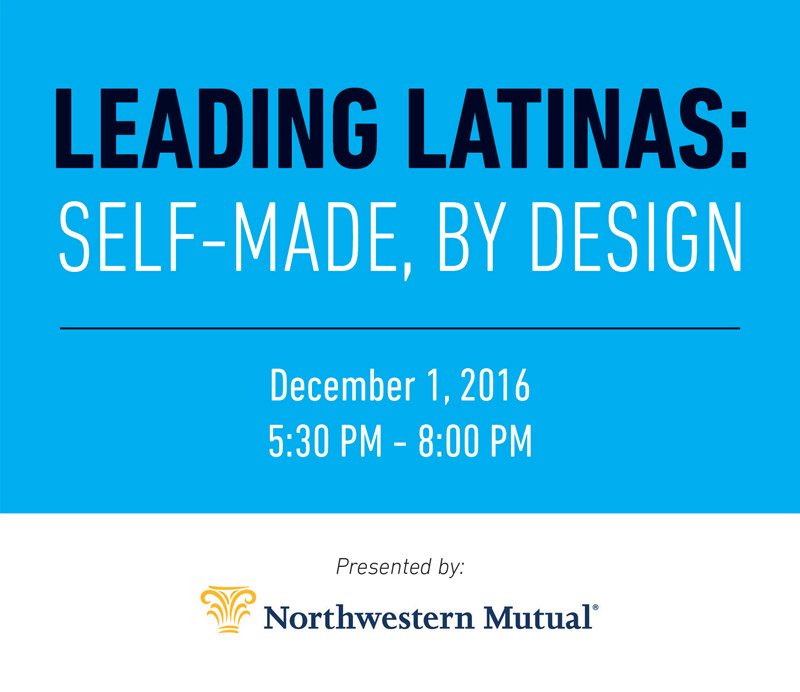 Join Hispanic Executive and Northwestern Mutual at Leading Latinas: Self-Made, By Design, where we will convene South Florida’s most prominent Latina business professionals and social influencers for an evening of lively cocktails and inspiring dialogue. Connect with other Latina business owners, hear inspirational stories, and learn valuable tools to implement in your career during this transformative event.

Agenda at a Glance

Irma Martínez, founder and creative director of Trendy Inc., is one of the most well-known and respected fashion stylists in the US and Latin America. She has not only collaborated with artists like Thalia, Pitbull, Carlos Vives, Gloria Estefan and many more, but also has emerged as a dominant force in the fashion industry, having been named among the 25 most powerful women by People en Español magazine as well as one of the 75 most influential people by Poder magazine.

Looking to inspire the future generation of young designers and fashion lovers in general, Irma has just published her first book, El Manual del Estilista, about her success as a professional and an entrepreneur. Full of anecdotes, experiences and practical advice, the book will motivate many to go ahead and fulfill their dreams.