When Diana Valencia’s parents first moved the family to New York from Colombia, they had to be resourceful and creative to make a life in a country where they didn’t speak the language or comprehend the customs. The example wasn’t lost on their daughter. Making many trips between the two countries throughout her childhood, Valencia was raised with the ability to embrace both American and Colombian cultures, which now lends itself well to her chosen profession. She inherited her parent’s resourcefulness and innovative thinking. Her adaptable, native-in-either-place mentality reflects upon her success as a multicultural communications executive for Porter Novelli. 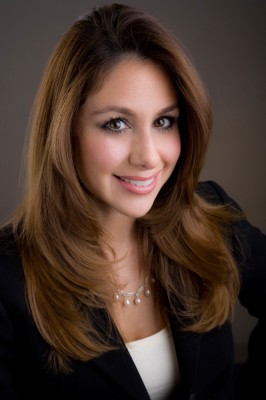 Throughout her career, Valencia has been committed to driving business through communication. Porter Novelli was an ideal fit for her skill set having already stood out as a visionary for Verizon and Univision. Multicultural millennials are a hot market right now, but that was not always the case. When Valencia transitioned to the client-facing side of the industry at Verizon in 2004, she was the first Latina hired to manage the Hispanic market in the northeast area. “At the time, and even now, certain products and services had little awareness among Hispanic consumers,” Valencia explains.
Through a revolutionary partnership with Univision, she was able to reach the Hispanic marketplace using mobile content.
When she was recruited to Univision, she continued to challenge tradition by implementing a mobile strategy and by educating clients on the importance of reaching the Hispanic market through mobile marketing and interactive campaigns. Being an early cultivator can be daunting, but it has been Valencia’s trademark. “You can’t be afraid to fail,” she says. “That’s part of the process of building a successful campaign.”

One of Valencia’s most successful campaigns was an interactive spectacle in one of the advertising centers of the world, Times Square. At the beginning of 2013, Valencia was hired at global public relations firm Porter Novelli to lead the multicultural practice. It couldn’t have happened at a better time. Only six months after she had started, the Country Brand of Colombia came to Porter Novelli seeking just the sort of vision for which Valencia is known.

The Country Brand of Colombia sought to draw media and consumer awareness with an interactive and unique advertising idea. Porter Novelli designed an exclusive event entitled the Colombian Auction of Unique Experiences to increase awareness of Colombia as a premier vacation destination by highlighting the variety of tourism activities and attractions the country offers. It also launched a new brand image for the country: “The Answer is Colombia.”

“The Country Brand of Colombia gave us the opportunity to provide them with a nontraditional approach,” Valencia says.
Together with digital and advertising partners, Porter Novelli launched a series of activities to support the event, including a social media contest giving away all-expenses-paid trips to Colombia and a flash mob of authentic Colombian dancers featuring Latin Grammy award winner Fonseca. For the contest, the firm prompted a billboard takeover in the center of Times Square. The interactive billboard featured videos of various Colombian experiences. Onlookers were then invited to use their mobile devices to text the promoted QR codes to win a Colombian getaway. Participants would post on their social media feeds the trip they wanted, encouraging their friends to vote for them to win a trip. The person who got the most votes during a 30-minute period each day would win one of the all-expenses-paid trips.

The results played out far beyond the blinking signs and polychromatic posters typical of the New York intersection. The campaign yielded 17.5 million Twitter impressions on launch day, including a tweet from Colombian president Juan Manuel Santos, a massive improvement in online sentiment, and 455 individual media stories. The auction itself collected more than 10,000 individual votes.

With each campaign, Valencia has another chance to employ the passion for entrepreneurship that has propelled her career thus far. Thinking outside the box is what keeps her ahead of the crowd. “It’s all about innovation,” she says, “and I really do consider myself an innovator.”

Alma Finds the Sweet Spot for Latin Flavor in Marketing