As CEO of Living Cities, Joe Scantlebury works to break down systemic barriers for communities that remind him of his own

Joe Scantlebury grew up in a home filled with vibrant conversation. Most families talk about what they did that day or what the children are learning in school. His family talked about social consciousness, education, politics, policy—and how all of those topics connect to race.

Scantlebury, a Panamanian American raised in Brooklyn, says that he was made aware of social inequities very early on in life. But, in addition to discussing those inequities with his family, he decided to do something about it. He has spent much of his career leading organizations that make it their mission to directly tackle those issues and inequities.

Today, he leads Living Cities, a collaborative of nineteen of the world’s largest foundations and financial institutions and one of the top organizations fighting systemic poverty in Black and brown communities across the United States.

Scantlebury says the organization believes that “everyone should be able to live an economically sane life.” As CEO, he is dedicated to finding solutions to fulfill that mission.

“We are [invested] in helping cities and the investment community see how capital and public resources and contracts can be used to remove systemic wealth barriers,” he explains. “That’s key to where we’re going and how we are operating, and we think we do that better together with our members, with our city partners, and with innovators committed to that objective.”

Founded in 1991, Living Cities initially focused on race-neutral community development. The organization narrowed its focus in 2007 to the transformation of neighborhoods and systems before making a bigger shift in 2015, when a stronger anti-racist perspective was adopted. Since then, Living Cities has explicitly targeted racial inequity.

As CEO, Scantlebury delves into overlooked inner-city neighborhoods and does what he can to minimize the obstacles that people in those communities often face. “We all know women, people of color, and Latino families who work really hard but can’t seem to get ahead of the struggle—people who have two or three jobs, but don’t have the opportunities or can’t really find the vehicles to save money,” he notes.

Scantlebury also leverages his role to create space for open conversations among city and civic leaders about “the truth around racial inequity.”

“Nine times out of ten, inequity is not because of the actions of today but because of the history and the legacy of prior actions. There are people at the top of these mountains who are rolling down stones because that’s what they’ve been taught to,” he explains. “And [society] has grown to accept that—that some people live over there, and that they’re never going to do well because we’re never going to invest in them.”

Prior to his current role, Scantlebury served in top positions at other prominent philanthropic organizations, including the Bill and Melinda Gates Foundation and the W.K. Kellogg Foundation. But he began his career as a labor and employment attorney. He worked as a plaintiff-side attorney for the US Department of Labor and as an attorney at the Youth Law Center, in which role he advocated for the rights of children in juvenile justice and foster care programs.

Scantlebury says it’s no accident his career has been grounded in the concept of service. “In many ways, this idea of service to working people—making sure that we are being well served, being part of communities, and listening to the voices of people in communities—has been hard-wired in me,” he says.

While the young Scantlebury always had a passion for serving others, he knew he needed tools to do so effectively. Unfortunately, those tools wouldn’t come easily.

“I went to a predominantly white high school in Brooklyn at a time when no Blacks or Latinos were allowed to be in that community,” he says. “For me, the idea of college was not a guarantee. My mother was making $11,000 a year and raising kids by herself. So, I would say I applied to college not expecting to go.”

Scantlebury did go to college—he enrolled at Cornell University in 1980—but even after he got there, he wasn’t certain of his path.

“When I got into college, I wasn’t sure I was going to stay there,” he admits. “I was struggling financially and felt like I had left my family—you know, [the idea that] older Latino males need to work because they need to bring money home. And I had friends in the neighborhood who were going through struggles with crack. It was just beginning, and violence was starting to happen, and I felt like I was leaving my people behind.”

Scantlebury stayed in part because, through his studies, he began to understand why certain communities and groups were more likely to succeed than others. Today, he is more passionate than ever about leveling the playing field.

“Thinking about systemic racism is something that has to be more than a moment,” he emphasizes. “There’s direct violence and indirect violence, policies that make it difficult to guarantee that your children have a great education, and policies and practices that make it difficult for someone [to start a] business. We can’t just [speak about what happened to George Floyd and Breonna Taylor] and have our hearts broken in that moment and then lose the fact that we’ve had this history of violence.” 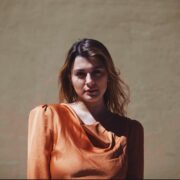 A Colombian-Italian journalist with a background in pop culture, fashion, entertainment, and travel, Cata Balzano has written for the Miami Herald, Billboard, Variety, Telemundo, and other top media outlets.