Lucinda Martinez is a powerful personality in her own right. She is also vice president, domestic network distribution and multicultural marketing, for pay-TV programmer, Home Box Office, Inc. (HBO). She began in the entertainment industry in 1995, and her career has involved two stints with HBO (which she calls “home”) on either side of a spell working at Comedy Central. In her role, she oversees marketing to hyper-focused groups such as Hispanics, as well as working on domestic network distribution where she oversees sales and content distribution to direct/satellite operators such as DIRECTV. Here, she shares the various HBO initiatives targeted to capture the Latino audience, and explains why dubbing Boardwalk Empire in Spanish is just not enough.

Everybody has monthly bills that they pay—and dread. “Our job is to make sure that our subscribers see the value in the service we provide,” says Martinez, “and an engagement with our brand. I want people to spend money every month and I want them to do it joyfully. It’s not your electricity bill, and those decisions become harder in this economic environment, so we have to be very conscious that we’re providing programming that is entertaining, groundbreaking, and worth every penny.”

HBO launched a campaign around its HBO documentary film, The Latino List. “What was exciting was how this documentary showcased influential Latinos in so many areas,” Martinez says. “We featured people in fields such as entertainment and law—we even had the first Latino astronaut—all speaking about what it’s like being a Latino in the US. Very often, our stories are told from a negative standpoint, from the point of view of the struggle. In this case, even if someone was discussing their struggle, it was in the context of a beautiful struggle, how uplifting that can be, and what it meant specifically to that person. For example, to hear Sonia Sotomayor talking about what it was like growing up in the Bronx, audiences got to see a side of her they don’t usually get to.” 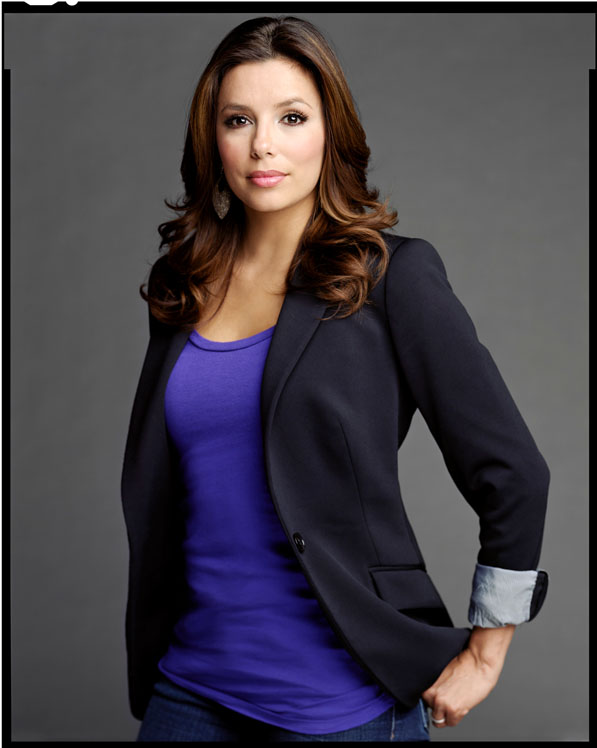 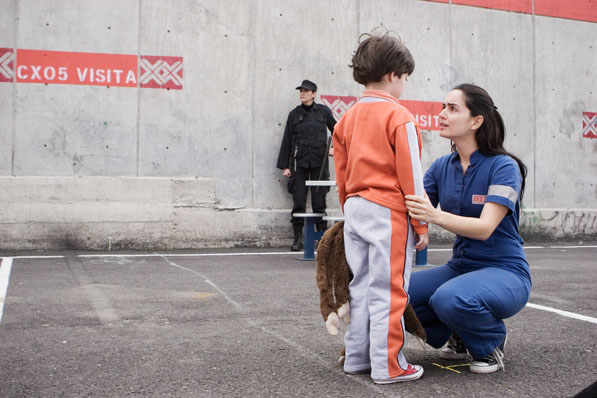 Martinez embarked on her first major campaign with HBO in 2008, when the programmer rebranded HBO Latino. “We relaunched that network to be exactly what we envisioned for that specific market,” she explains. “It was a huge investment and we created a campaign that was significant and important for Latinos. Sometimes targeted markets are underserved or ignored altogether and don’t get the very best. That was never even part of the conversation at HBO. The strategy was: how do we create what HBO means to the general consumer, making it mean the same thing to Latinos.”

For Martinez and her team at HBO, it wasn’t enough to just take Boardwalk Empire and dub it into Spanish. “We are dedicated to providing truly original and high-quality targeted entertainment to Latino audiences, including series like Capadocia, Alice, and Mandrake to name a few,” she says. “Another example is when we have some big Latino fighters that may not be as recognized in the general market, but we know that they have huge presence and following with Latinos. So, we will premiere that fight, with our own announcers, on HBO Latino.” Creating a premium network that caters directly to her Spanish-speaking audience, and the bold way in which it was marketed, remains one of Martinez’s proudest moments. 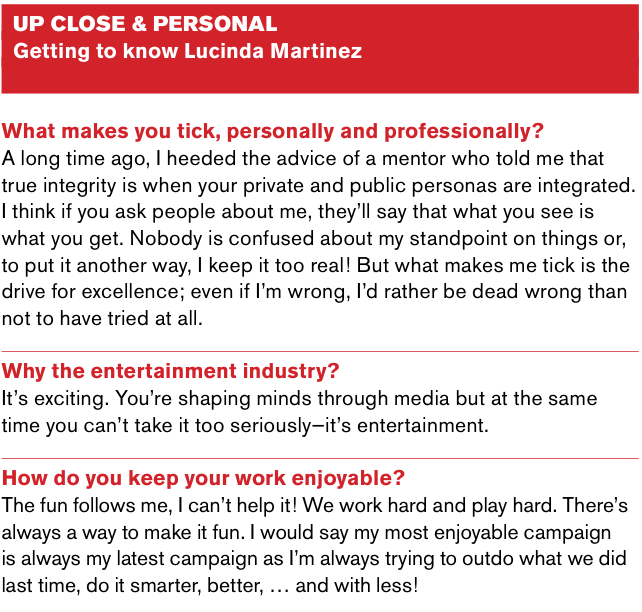 Another source of orgullo for Martinez?  Being a heart-disease survivor and working to raise awareness about cardiovascular disease in the Latino community. On her way to work one day she collapsed, and woke up in a cardiac critical unit. “Even with my education and my background, I had no idea that I was susceptible to heart disease,” she says. “That’s why I became the first Latina on the New York City board of the American Heart Association in 2010. I sit on this board with cardiologists, neurologists, and even the head fire chief of NYC! At first it was very intimidating—what did I have to contribute? But my personal experience and understanding of this market have worked well alongside their deep pockets and associations.” Together, Martinez and the people she works with have created the annual Latino Health Summit for the New York metro area and are trying, as a board, to reduce cardiovascular disease amongst the Latino population by 20 percent. “From a personal standpoint, it’s been one of the most fulfilling things I’ve ever done,” she adds.

“Going to the Movies,” Part II