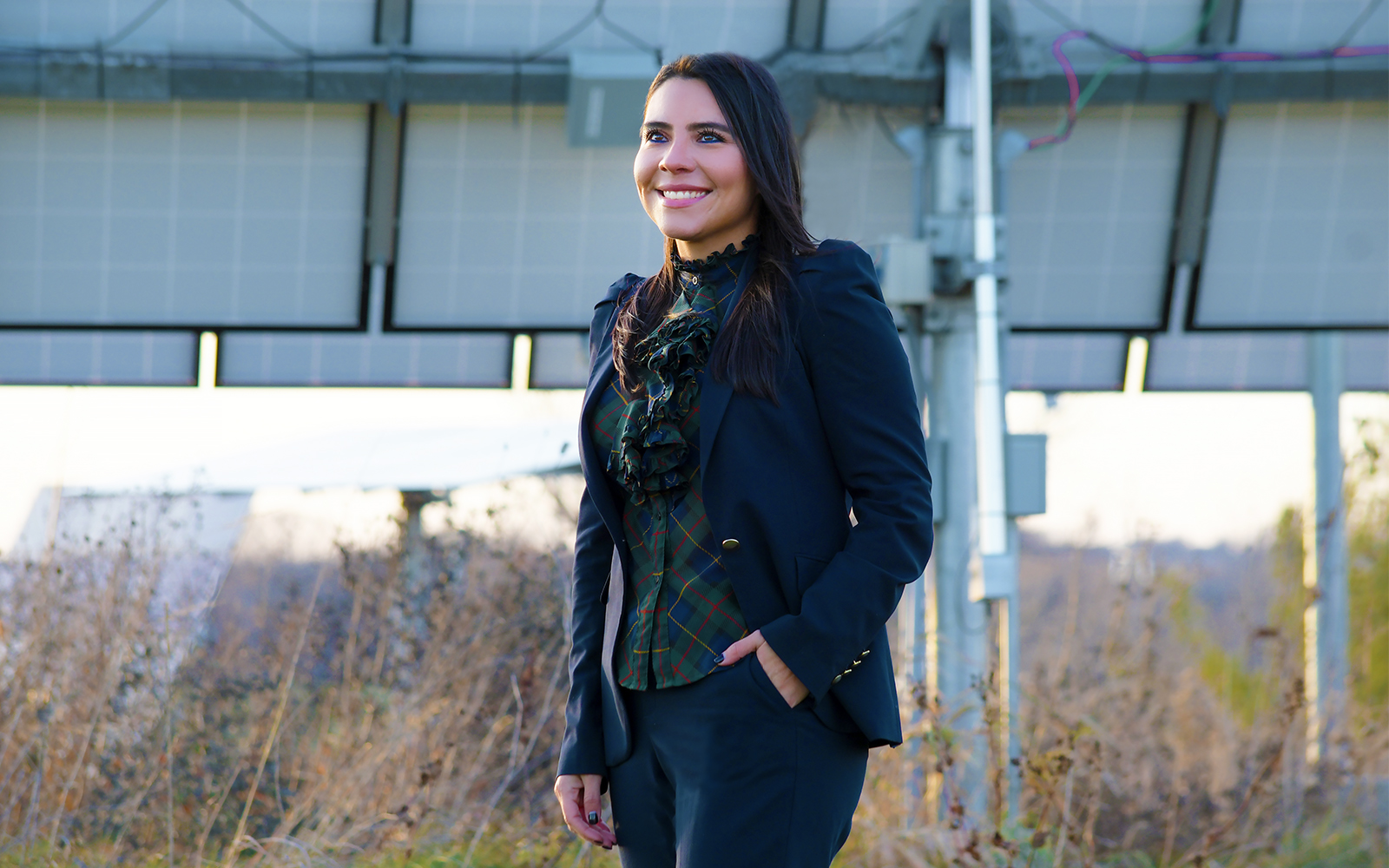 Google Griselda Aldrete’s name, and you’ll pull up some interesting results: “leader,” “opposition,” “community advocate,” “controversy,” “champion,” “criticism,” “policymaker,” “mentor.” None of it fazes Aldrete. Neither the press nor her critics have taken the time to get to know her—as evidenced by the fact that those who are actually familiar with Aldrete apply far different labels to her and her work. They use words like “fighter” and “transformer.”

Today, Aldrete is advocating for overlooked communities as she helps her new employer, Alliant Energy Corp, bridge the digital divide and bring broadband access to rural areas. Doing so means she must navigate the competitive and highly regulated word of utilities—a space that often lacks diversity. “There aren’t a lot of women in the energy or utility sectors, and there are fewer women of color, but that’s changing,” she says. “The world is changing quickly, and we need diversity of thought to drive this industry and every other industry forward.”

Aldrete is comfortable blazing her own trail. She was born in the United States but raised in Mexico. At age eleven, her family returned to Milwaukee, and Aldrete found herself caught between two cultures. Her parents wanted her and her sister to retain their culture and speak Spanish in the home, but her peers pressured her to be fully American and communicate only in English. “Everyone wants to put immigrants in a box, but it’s important to break free from expectations,” she says.

Living in the space between two cultures is what transformed Aldrete into a fighter. She lost herself in music, enrolled in spelling bees, and signed up for advanced reading programs to accelerate her English language skills.

Meanwhile, her father continued to make his way in a foreign land. Although he found work as a steamfitter, he often encountered discouragement, discrimination, and other setbacks. “My parents told me education is the one thing nobody can take from you. They wanted my sister and me to stand up for ourselves without relying on anyone else,” Aldrete says.

“We’re tackling real issues people in our communities care about. And when we fight for these changes, we’re building a better future together.”

That message compelled Aldrete to push forward and become a lifelong learner. She earned a partial scholarship to study criminology and law at Marquette University while working three jobs to make ends meet. After earning her bachelor’s, she went on to earn her master’s in criminal justice from the University of Nebraska-Omaha.

Aldrete started her career in journalism working for ¡Aquí! Milwaukee, a monthly magazine that was published by the Milwaukee Journal Sentinel Specialty Media Division and that targeted second- and third-generation Hispanics in southeast Wisconsin. Through this work, Aldrete learned more about the Milwaukee Latino community and about the importance of nonprofit work. She would eventually begin her career in nonprofit work with United Migrant Opportunity Services (UMOS), later moving on to lead the Cream City Foundation. However, it was when she joined Hispanic Professionals of Greater Milwaukee (HPGM) that she found herself flourishing. She began as the organization’s first program manager, helping to manage day-to-day operations, supervising student outreach, and crafting the strategic vision, and eventually became their president and CEO.

Aldrete was helping Latino kids discover a career path at HPGM, but she was also planning for her own future. “I wanted to be a role model for our students and also grow my skills to better serve the community,” she explains. She returned to Marquette University and completed law school while working full-time.

In 2019, Mayor Tom Barrett recruited Aldrete to run Milwaukee’s Fire and Police Commission. She became the first Latino to hold that office.

In the aftermath of the George Floyd murder in Minneapolis and the shooting of Jacob Blake in Kenosha, Wisconsin, Aldrete was put in the national spotlight, and a theme from her childhood quickly reemerged. Some constituents accused her of being biased towards the Latino police chief. Others voiced concern about her “inability” to understand the racial profiling of African Americans and the ACLU’s stop-and-frisk lawsuit against the city.

Despite such accusations, Aldrete continued moving forward, and investigated several officers involved in high-profile controversies. However, the work began to take a toll, and she resigned after serving in the position for eighteen months. “I still bear my father’s last name, and I wanted to leave the job with my dignity intact,” she says. “I’m proud of the change I tried to bring forth and the way I conducted myself, and I hope the city ends up in a better place.“

Aldrete’s unique blend of nonprofit, legal, and community leadership experience put her services in high demand, and motivated Alliant Energy to seek her out. Now, as director of stakeholder engagement, she’s working to advance key initiatives for 975,000 electric and 420,000 natural gas residential and business customers in Iowa and Wisconsin who rely on the energy company’s services.

According to Aldrete, Alliant Energy’s leaders have long discussed leveraging their networks to address the growing digital divide. The events of 2020 accelerated those conversations. “Improving broadband access was once something we should do, but COVID made it something we have to do, because high-speed internet is a necessity that should be reliable, accessible and affordable by all,” Aldrete notes.

Rural, underserved, and minority communities were hit hard by the pandemic, the director explains, and many in those communities lack access to telemedicine and remote learning or employment opportunities. Aldrete is working behind the scenes to partner with internet service providers who will use Alliant Energy’s infrastructure to provide access through pilot programs in 2022.

Aldrete can often be found out in the community talking with constituents and listening to their concerns. The issues she brings to the table following those conversations involve inclusion, sustainability, and social justice, and Alliant Energy is responding by promoting diversity, investing in solar projects, and engaging tribal governments.

“We’re tackling real issues people in our communities care about,” Aldrete says. “And when we fight for these changes, we’re building a better future together.”

Over the course of her career, Griselda Aldrete’s eyes have been opened to the importance of volunteering, mentoring, collaborating, and relationship-building, as well as to the fact that all of this plays an important role when trying to change the world—whether in the nonprofit world, the government, or in the corporate space. Aldrete serves on several boards, including the boards for the State Bar of Wisconsin (public utilities section) and UBBA, the Utility Broadband Alliance. She also donates her time to Building Brave, a group that connects female students to professional women in the STEM fields.

Castor Armesto Is Taking the Plunge